Home All The News Ex-Spurs man tells funny story of Bentley, Jenas and a snowman 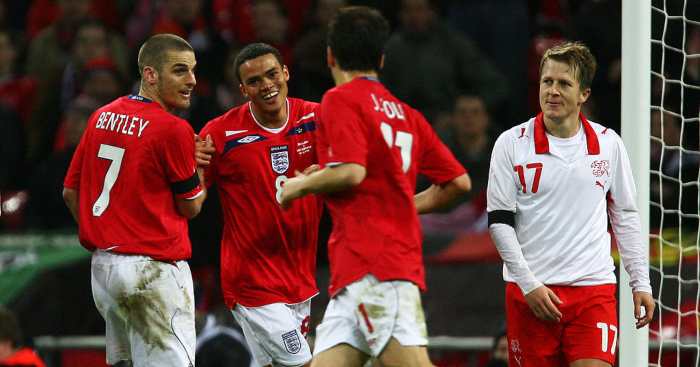 Ex-Tottenham midfielder Jamie O’Hara reckons David Bentley is “one of the best characters in football” and has told a story involving the former winger and a snowman.

In an interview with talkSPORT, O’Hara opened up about his six years at Spurs with stories about his time at White Hart Lane and the different characters he came across.

One tale involved Jermaine Jenas and some of his team-mates lobbing snowballs at David Bentley before Jenas realised he had messed with the wrong man.

O’Hara said: “He [Bentley] is probably one of the best characters in football. I’ve got so many stories about Dave, but they are probably not good for radio.

“The only one I have got is when it was snowing at Spurs’ training ground, and Jermaine Jenas and all that lot ganged up on him and pelted him with snowballs.

“They proper hammered him. But after training, before he went to the changing room, he went to Jermaine Jenas’ car and built a snowman – and put it on his front seat!

“So when Jermaine went to his car he opened his door and there’s a big snowman sat on his front seat melting in his Range Rover. It was a proper motor as well.”

Dimitar Berbatov was another player O’Hara played alongside and it was in a five-a-side match that the former Wolves midfielder realised the extent of the Bulgarian’s talents.

“We were training once when I was a young kid, and I was really busy getting around and flying into tackles,” O’Hara added. “We were playing five-a-side and he was on my team.

“I’m screaming at him having made an overlap, but he can’t see me as he’s got the ball but he’s not facing the play.

“And out of nowhere he hits one, outside of the boot, left foot, over about four players’ heads, straight to me.

“One time in a 5-a-side and I’m screaming at him to give me the ball!”

“He come up to me and said ‘you do not need to call my name. I see you’” 👀@MrJamieOHara1 reveals what life was like playing alongside Dimitar Berbatov at #THFC 😂 pic.twitter.com/pbYgjmj1Kd