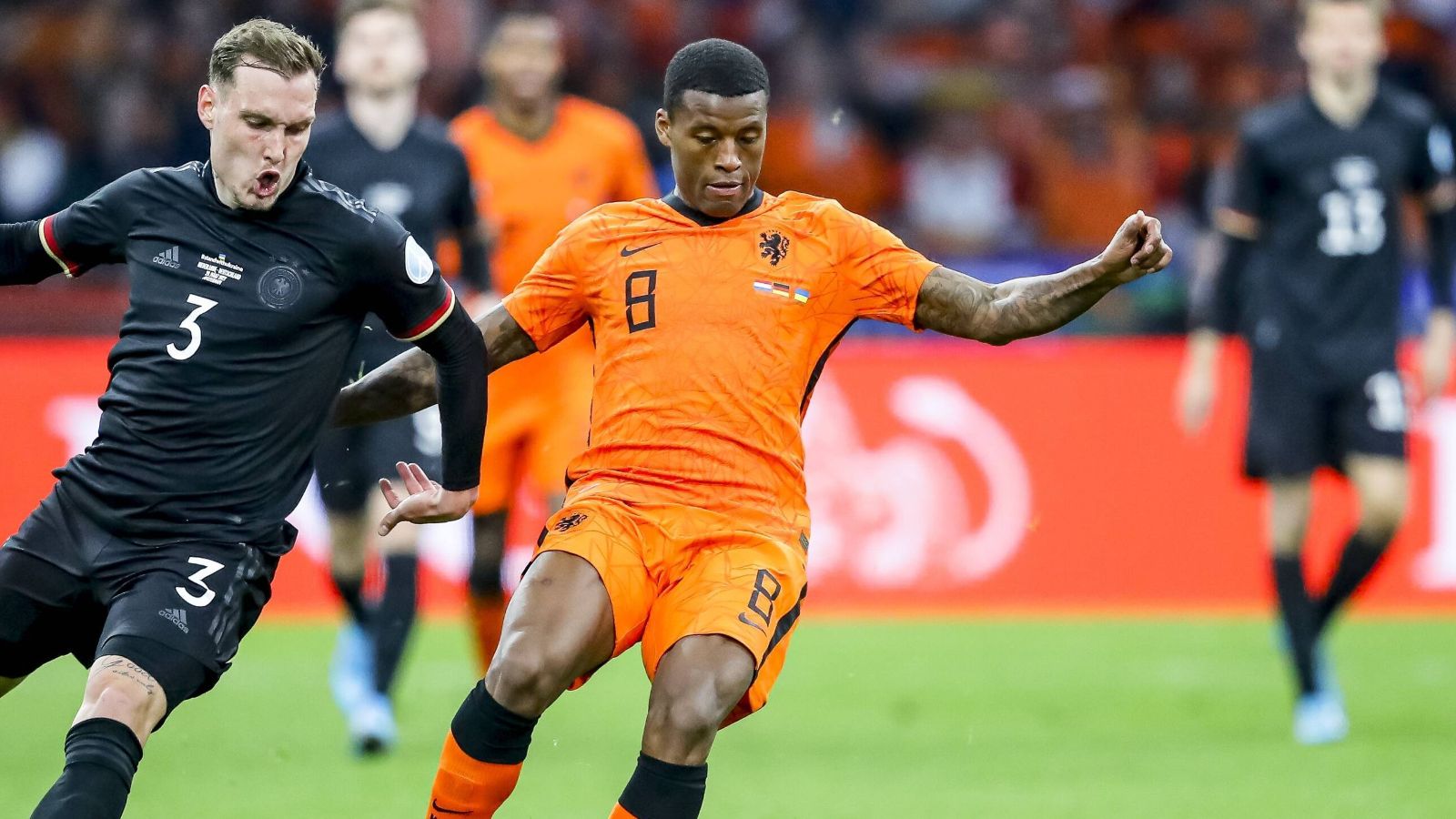 Wijnaldum signed for Liverpool in 2016 for a fee in the region of £25m from their league rivals Newcastle United.

The Dutchman grew to be a key player for the Reds. He played just short of 250 times as he helped them win the Champions League and Premier League.

The midfielder departed Liverpool last summer after his contract expired. He was linked with Barcelona but he ended up joining PSG.

Earlier this month, he admitted that he has found this season “very difficult”.

Fellow Dutchman Van der Vaart played 77 times for Tottenham between 2010 and 2012. He believes WIjnaldum’s move to PSG was a mistake:

“Wijnaldum made a mistake in choosing PSG,” Van der Vaart said (via TeamTalk).

“Meanwhile, [Steven] Berghuis made an excellent choice choosing to move from Feyenoord to Ajax.

“Now Wijnaldum will understand why making the right choice is so important.”

Elsewhere, Man Utd legend Gary Neville has admitted that he is ‘scared’ that Liverpool will win “three or four trophies” this season:

“When I watched them against Arsenal, there is nothing I saw that didn’t tell me they’re going to go and win the title. That is a title winning performance.

“I’ve said Man City all season, but I think Liverpool will win the league. They’re dangerous in the other two competitions and I think they’ll do something special because of those five strikers they’ve got.

“That midfield by the way, when people see the midfield at Liverpool as maybe their weakness – I think it’s their strength.

“The back and the front are so exceptional. The two full-backs (Andy Robertson and Trent Alexander-Arnold) are forward all the time, the front three are up there.

“The three in midfield, because of their discipline – Fabinho, Thiago, Henderson – their subservient nature to the rest of the players means that they hold everything together.

“They’re going to do something dangerous this season, and it’s scary as a Man United fan to say that. I really do worry that they will go on and win three or four trophies, it would concern me.”