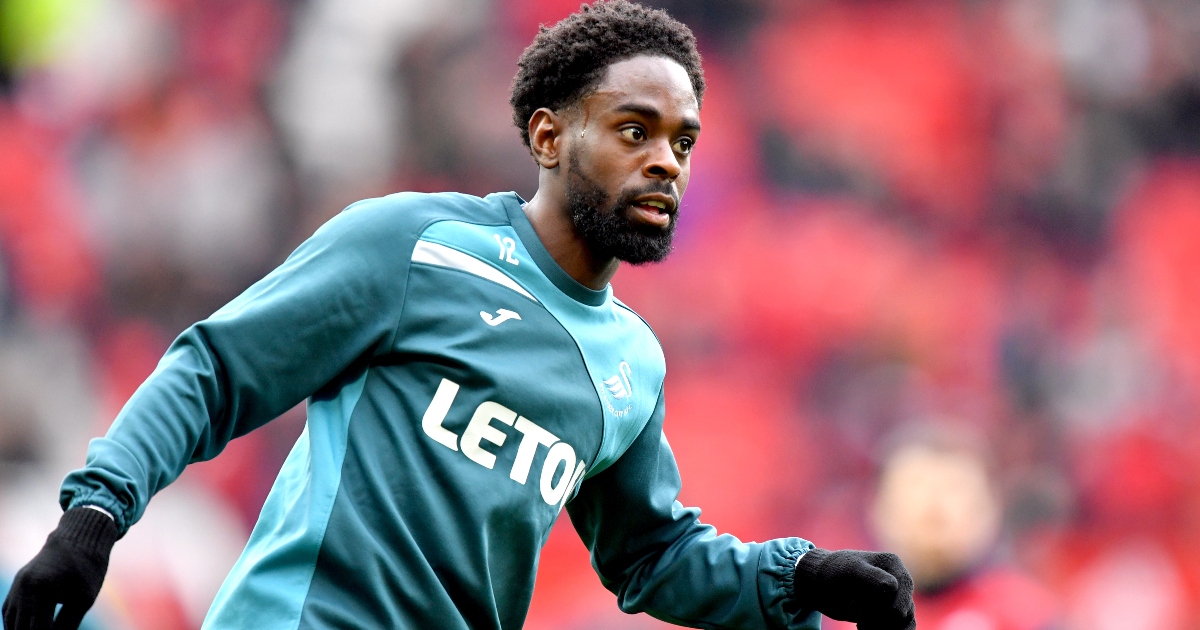 Former Swansea winger Nathan Dyer has announced his retirement after a 15-year career.

The winger has had spells at Southampton, Burnley, Sheffield United and was even a member of Leicester City’s title-winning squad, but he is best known for his 11 years spent at Swansea.

Dyer told the Swansea City website: “It’s the right time for me to announce my retirement from football.

“I have had a lot of thought about it over the last couple of months, and I think it’s the best decision for me to step away from playing.”

Maddison next? Five players who took ‘step down’ for biggest fee

Dyer joined the Swans in 2009 and went on to make 347 appearances for the club, scoring 38 goals during that time.

He was part of a Swansea set-up that earned promotion to the Premier League in 2011, contributing two assists in the 4-2 win against Reading in the play-off final.

Dyer also starred in the team that won the League Cup in 2013, scoring twice in Swansea’s 5-0 thrashing against Bradford to win their first ever major trophy.

During his loan spell at Leicester in 2015-16 season he made 12 appearances and became a Premier League champion, helping the Foxes to a memorable first top-flight title.

When asked about the next step Dyer said: “Everyone is asking if I’m going to get my coaching badges, but it’s not for me.

“I was lucky to have the late Cyrille Regis as my mentor and agent since I was 14, so I’ve thought a lot about that.

“That’s the role I want to step into. I’d like to help and be a mentor for the younger generation coming through.

“I’ve been through the highs, lows, playing, not playing, off-the-field problems – I am better equipped now to give my advice and be a shoulder to lean on for those that want and need it.”

Elsewhere, the Swans are still on the search for a new manager after the departure of Steve Cooper.

The Championship side are now in a state of turmoil as they prepare for the new season.

On top of being managerless, midfielder Matt Grimes is Fulham-bound as the club prepares for numerous high-profile departures.

With the season fast approaching, Swansea could be in trouble.