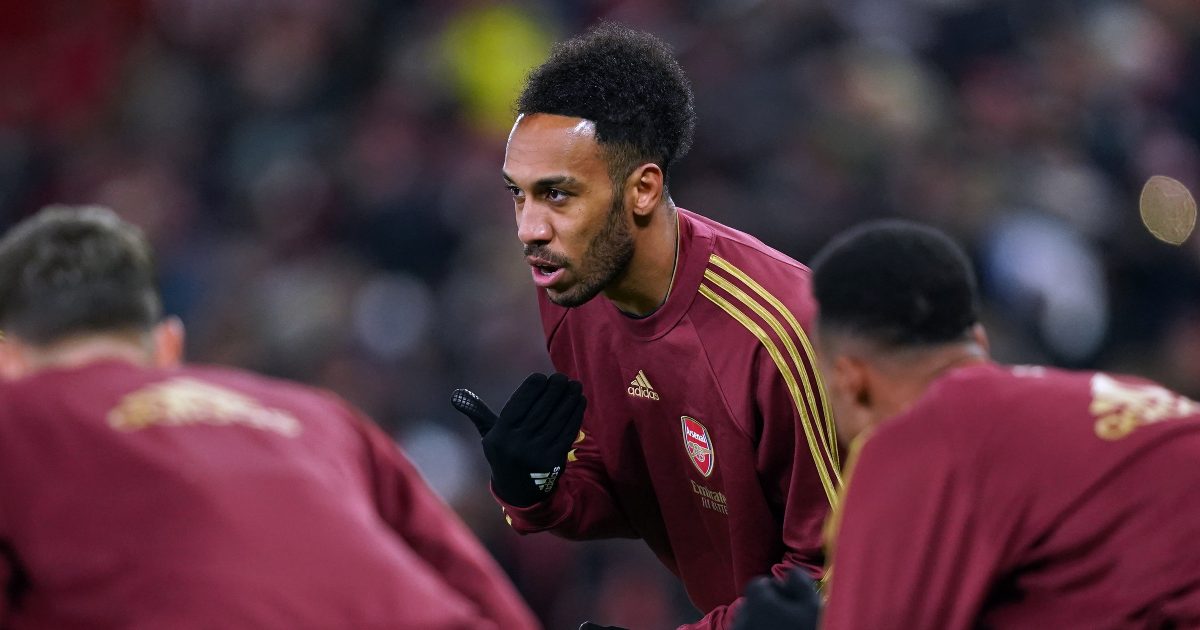 Former Tottenham boss Tim Sherwood has hit out at Arsenal forward Pierre-Emerick Aubameyang after he missed their game against Southampton due to a “disciplinary breach”.

Aubameyang has been on a poor run of form in recent weeks. He is without a goal in the league since the end of October.

The attacker was dropped to the bench earlier this week as Arsenal travelled to face Everton at Goodison Park.

The Gabon international came on late on as the Gunners were beaten 2-1. Demarai Gray scored a stunning winner in stoppage time.

Arsenal host Southampton at the Emirates on Saturday afternoon. Aubameyang was not included in the squad for that game.

Mikel Arteta revealed pre-match that this was because of a “disciplinary breach”:

“Unfortunately (Aubameyang isn’t playing) due to a disciplinary breach.

“I think we’ve been very consistent, there are some non-negotiables on the team that we have set ourselves and as a club and he’s not involved.

“This certainly isn’t an easy situation, we don’t want our club captain to be in that situation.”

As quoted by the Metro, Sherwood suggested that Aubameyang has “thrown the toys out the pram”:

“I think the manager is under huge pressure, but what he can’t suffer is players throwing the toys out the pram and thinking because I’m sitting on the bench at Everton I can do whatever I want and not curb with the rest of the players,” Sherwood said.

“I think it’s an absolute disgrace.”

When asked whether it was a mistake to give Aubameyang the captain’s armband in the first place, Sherwood added: “Great point, the armband is a man who leads by example, he pulls everyone into life and lead by example.

“If he’s not a good talker then he has to lead by example. But he’s not showing an example off the pitch and on the pitch he isn’t either.”

Earlier this week, Gabby Agbonlahor claimed that Arsenal are “getting sold short” by Aubameyang;

“I think Arsenal are definitely getting sold short.

“Auba is on £300k-a-week. If I’m an Arsenal fan, I want Salah numbers. I want Salah’s goals and assists tally, but they’re not getting that.

When asked if he would be offended by this, Agbonlahor said: “Offended? the tables are getting thrown around in the changing room at Goodison Park! I’d be saying, ‘How dare you?!’”

“Something’s not right there. Maybe he didn’t start him because he’s been in poor form. Maybe his body language hasn’t been right.

“So, he thought, ‘Let me bring the youngster on in front of you.’