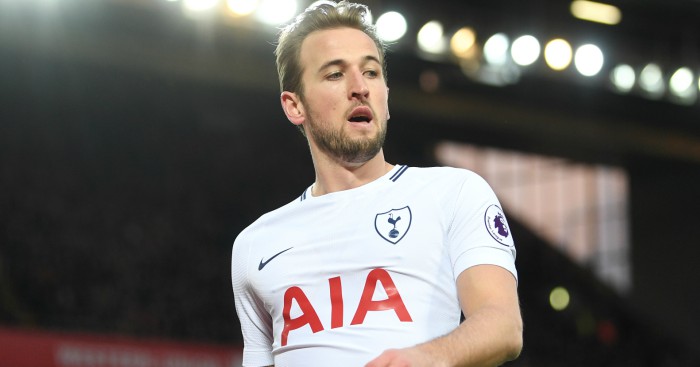 Villas-Boas, who was in charge of Spurs between 2012 and 2013, gave Kane his Premier League bow but disagreed with the youngster over how he could best develop, with the player unwilling to leave on loan at the start of the 2013-14 term.

It was after Villas-Boas departed in December of that campaign when Kane truly came to the fore and following four seasons of 30-plus goals for club and country, the 24-year-old has constantly found himself linked with Real Madrid.

And though Kane has an emotional attachment to his boyhood club, Villas-Boas has told Press Association Sport that such a factor could be outweighed by the wish to claim multiple winners’ medals elsewhere.

“It depends on Harry and his ambitions for the future and how he sees his career going forward,” said the Portuguese, who was speaking in Monaco as an ambassador for Laureus.

“If he has a hunger for trophies and for notoriety he would have to leave Spurs, if he has no hunger for that, but (wants) recognition and stability, he would stay at Spurs.

“Spurs are in that breakout moment of becoming a great football team – the (new) stadium, infrastructure, training ground is there, the team is building up, very well managed.

“The trophy cabinet is still what is missing for this great club. That is in the end what footballers chase – glory, winning.

“I think for Harry, one or two more years at Spurs wouldn’t be bad and then see how the club develops. With the new stadium coming through I also think that Spurs should have that margin from him.”

In Villas-Boas’ time in charge of Tottenham, Kane made just seven appearances while also embarking on disappointing loan spells with Norwich and Leicester.

The England international recently detailed his frustration of that time, both with Villas-Boas’ insistence over another loan and his reluctance to regularly pick him, in an interview with The Players’ Tribune.

“I wasn’t the best coach for Harry Kane, this is really important to say,” Villas-Boas acknowledged.

“In my time there we opted to give him a few options on loan that strangely enough didn’t really go well for him so he kept coming back.

“At that time we were playing (Roberto) Soldado more often. It was not an easy time for him.

“I remember that chances were given, also in the Premier League but in the Europa League where he had a few games and scored a few times, which was important for him.

“His real breakthrough came with Tim Sherwood a few months after I left (but) I had good, fond memories of him.

“Of course, I was surprised at how well it turned out for him and the striker he has become – so powerful, a record-breaking striker.

“I attribute this to his own merit, (he is a) really well-driven individual and I’m glad for him that he has been able to turn it around.”