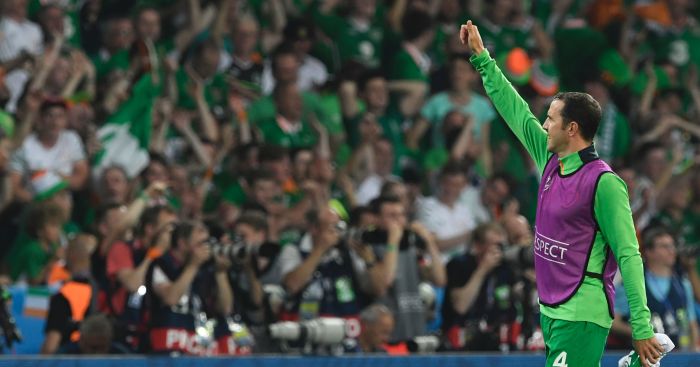 John O’Shea has announced he will retire from international football following the Republic of Ireland’s friendly against the United States on June 2.

The 37-year-old has won 117 caps for his country since making his debut in 2001 and played in two European Championships.

“After 22 years of representing my country (17 at senior level) it is with great sadness & joy that I will be pulling on the Republic of Ireland jersey for the last time on the 2nd of June in the Aviva Stadium,” he said in a statement.

“It has been an amazing journey but I feel now is the right time to step aside for the next generation to enjoy the experiences I am so humbled to have been part of.”