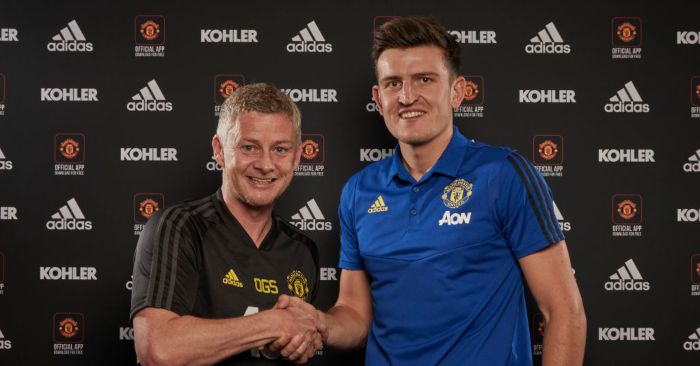 Former Manchester United defender Paul McGrath believes his former club should have moved for Kalidou Koulibaly rather than Harry Maguire.

The England centre-back became the world’s most expensive defender when he completed his move from Leicester to Old Trafford on Monday.

But former Republic of Ireland central defender McGrath, who played for United between 1982 and 1989, has questioned his old club’s thinking.

“So Harry Maguire is now a better player than Virgil van Dijk?” he said to the Irish Independent:

“I wish Harry all the best in proving that true, but it just shows you the money Manchester United had to spend to land the Leicester City and England centre-half, a long-time target for whom they would not pay £14m two years ago.

“My old club spent that massive money for three reasons. Firstly, at 26, Harry can offer the promise of seven or eight of the best years of his career. Secondly, he’s English, always an issue with UEFA’s eligibility rules. But thirdly, and most importantly, Manchester United had to get a leader at the back, a man who would call the shots.”

McGrath added: “If rumours of a Paul Pogba move come to pass, the 26-year-old may even take the captain’s armband for next Sunday’s Premier League opener.

“I’d have preferred United to make a Red Devil out of Kalidou Koulibaly, the Napoli defender, ahead of Maguire.

“But I understand why the club went Maguire’s way instead. He’s two years younger and Koulibaly is Senegalese, which would have forced United to buy an English player in another position where they might want to import a player.

“I would also trust that United will put in a system at the back to cover Maguire’s big weakness – one that will be exploited by the likes of Manchester City and Liverpool, and also Europe’s elite strikers whenever Manchester United return to the Champions League.

“Harry likes to carry the ball out – something all the top clubs look to encourage. But when the tactic goes wrong, as it occasionally must, he doesn’t have the blinding pace of Van Dijk or Real Madrid’s Raphael Varane to get back and tidy up.

“So there will have to be a bit of coaching work done at Carrington over the next few weeks, so that United’s other defenders in any game realise that they must not get caught going up the pitch alongside Maguire – someone must always be ‘minding the house’.”