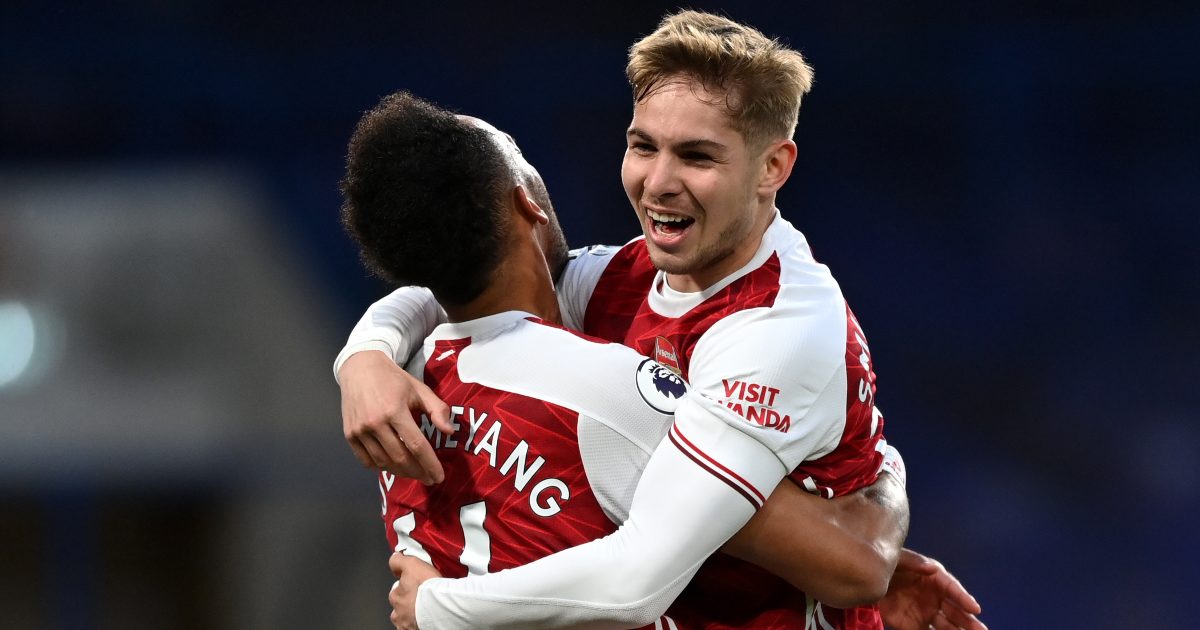 “The door is still open” for Aston Villa to sign Arsenal forward Emile Smith Rowe this summer, according to Alex McLeish.

At the start of this transfer window, Dean Smith’s side beat Arsenal to the signing of Norwich City’s Emiliano Buendia. Villa spent a club-record fee of £30m plus add-ons to sign the midfielder.

Now Villa are attempting to raid Arsenal to sign Smith Rowe. The Englishman established himself as a regular for the Gunners in 2020/21 as he grabbed seven goals and seven assists across all competitions.

Will Jadon Sancho be another Nicolas Pepe?

The Villans have already had two bids rejected for the attacker. The first was worth roughly £25m and the second was upped to around £30m.

McLeish has told Football Insider that he believes that Arsenal are just asking for more money before selling Smith Rowe:

“It sounds like the door is still open, doesn’t it?

“When you see Aston Villa have gone back in with an increased offer it’s almost like it’s not enough. If somebody says it’s not enough, then that means we should offer more,” McLeish said.

“If Arsenal come out with a cutting: ‘He’s not for sale,’ then perhaps Villa won’t bother upping the ante.

“It seems like the fact that they’ve gone back in a couple of times now with an improved offer, they’ve said it’s not enough.”

Earlier this week, ex-Aston Villa striker Gabriel Agbonlahor suggested that if his former club offered £50/60m for Smith Rowe, Arsenal would accept it:

“I think the problem is Villa were clever and they got Emi Buendia in early before this Jack Grealish talk came along.

“But now clubs are not silly, they’re smart to it. Even Arsenal, Smith Rowe is one of their brightest young players.

“The money Villa are offering, they’re never going to get him. Arsenal know they might get £100million for Grealish and will ask for something stupid for Smith Rowe. They probably want £50million, £60million, and that would be accepted if Villa offered it.

“They’re going to put money on top because they know Villa are going to get a bigger fee for Grealish.”