Home All The News Ex-West Ham loanee: Why I ‘lost all respect’ for Redknapp 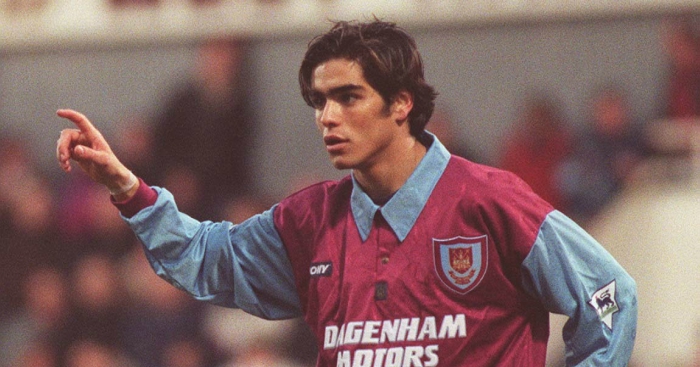 Former West Ham loanee Dani has told of how Harry Redknapp once ruined his chances of playing at Euro 1996.

Dani spent a few months at West Ham during the 1995/96 season on loan from Sporting Lisbon, and impressed during his short stay.

He scored two goals in nine Premier League games, and was on the verge of making Portugal’s squad for Euro 96.

But Redknapp ruined his chances by refusing to play the then-teenager in an effort to bring his value down for an eventual permanent transfer.

“I debuted with the Portuguese national team, in a matchday at the Parc des Prince and Wembley, against France and England respectively,” Dani told Tribuna Expresso.

“The manager told me he was counting on calling me up for Euro 96, to be played in England, due to how well I was performing for West Ham. If I carried on like that, he’d take me – I was excited.

“West Ham had the option to buy me after the season on loan, but the price would vary. At the time in England, it would work like the stock market – according to how you performed, your price would increase or decrease. It made me feel like nothing more than a piece of meat.

“When I arrived they were 16th and afterwards we quickly climbed to 7th or 8th. But with a month and a half of the season yet to be played, we had no chance to get into a European spot no did we have the chance to get relegated.

“We had a training camp in the south of Spain, in which they spent the entire time drinking beer and playing golf. We went for a run like once or twice that week. The manager, Harry Redknapp, had the nerve to tell me: ‘Now I’m going to take you off the team until the end of the season, so your price goes down and then we buy you.’

Dani went on to play for Ajax & Atletico, before retiring in 2003.

Here’s the link to the full thing in Portuguese: https://t.co/DRICft587t pic.twitter.com/xko18cwFut

“I asked him not to do that since I had the chance of going to the Euros and without playing it would be unlikely. His answer was: ‘I don’t care. I couldn’t care less about the Euros and Portugal. I want to buy you so I can have you here next season, so you’re not playing anymore.’

“I tried fleeing to Portugal, but my agent and my father convinced me to return. Redknapp didn’t get along with me or with half of the players he managed – he has a terrible image. His son, Jamie Redknapp, is great, but he isn’t.

“We didn’t have a professional relationship anymore. He started saying I was a bad professional, that I smoked and other things.

“And then I misbehaved – angry at him for cutting my chances of going to the Euros as an 18-year-old. I’d go to practices just for the sake of being there, and wouldn’t respond if he talked to me or demanded anything during reserve team matches. If I had to arrive late or to skip practice, I’d do it. I lost all respect I had for him.”