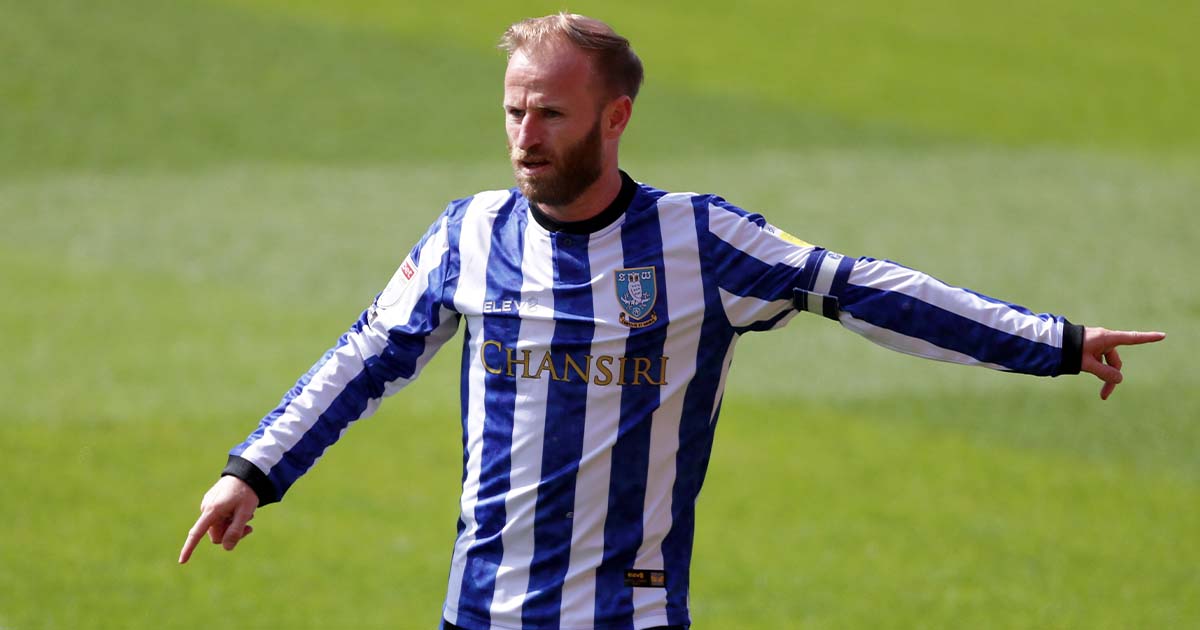 With the new Championship season edging closer and closer, we’ve compiled a list of the latest done deals and transfer rumours. Plenty has happened since our last round-up.

Done deals:
Here are the latest completed transfers which have gone through in the past seven days.

Richard Keogh – Blackpool
Before the arrival of Richard Keogh, the average age of Blackpool’s seven other signings this window was just 22.4 years old.

The 34-year-old is a veteran of the Championship and brings a wealth of experience as he’s played over 400 games at this level. His addition to the side could hint towards Blackpool moving towards a three-at-the-back system.

Dion Sanderson – Birmingham (loan)
There was plenty of interest in Dion Sanderson this summer and after the defender signed a new contract with Wolves, he has completed a season-long loan to Birmingham.

Wolves have high hopes for the 21-year-old, who impressed last season on loan at Sunderland in League One. He can play either as a centre-half or a full-back and adds more depth to the Blue’s back-line.

Admiral Muskwe – Luton
The Leicester City striker has joined the Hatters for an undisclosed fee to become their eighth summer signing.

The 22-year-old spent the second half of last season on loan at Wycombe, where he scored three goals in 17 appearances. After the departure of James Collins to Cardiff, Luton have been keen to strengthen their attacking options and Muskwe adds some much-needed competition.

Pelly Ruddock – Luton contract extension
There had been plenty of rumours floating about when it came to Pelly Ruddock’s future but he has finally put those to rest after he signed a new contract to extend his eight-year stay at the club.

Middlesbrough had been one club who had been heavily linked with the midfielder; Boro midfielder Marcus Browne even tweeted out this in reference to the news.

Matt Crooks – Middlesbrough
This deal looks like it’s almost over the line as Middlesbrough have been interested in the versatile midfielder for some time now.

Crooks scored six goals and picked up three assists for Rotherham last season and can play anywhere across midfield as well as up front.

Junior Hoilett, Kadeem Harris, Sol Bamba – Middlesbrough
It looks like Neil Warnock could be linking up with three of his former players at Middlesbrough, with each of them available on free transfers.

Hoilett and Harris would each add to their wide options and 36-year-old Sol Bamba would add a wealth of experience at the back.

Adam Armstrong – Watford
The Hornets have been the latest club to be linked to the Blackburn Rovers striker, who already has plenty of admirers in the Premier League.

Watford would reportedly be willing to use Andre Gray as part of the deal; he scored five Championship goals last season. Rovers are said to value Armstrong at around £25million, despite the striker only having one year left on his contract.

Freddie Woodman – Bournemouth (loan)
With Asmir Begović on the verge of signing for Everton, Bournemouth will most likely be in the market for a goalkeeper this summer.

They have been linked to Newcastle’s Freddie Woodman, who has spent the previous two seasons on loan with Swansea. Last season Woodman won the Championship golden glove by keeping 21 clean sheets and he would be an excellent addition if Bournemouth were able to bring him in.

Sheffield United will be keen to strengthen their back line after the news came out that Jack O’Connell had suffered a set-back in his recovery which could keep him out for the majority of the season. Davies is a left-sided ball-playing centre-half who would slot in well to the Blades back line.

Hourihane spent the second half of last season on loan at Swansea, where he scored five goals and picked up two assists. West Brom have also been linked.

Harry Wilson – Fulham
Fulham have been the latest club to be linked to the Liverpool winger, who has also recently been linked to West Brom and Benfica.

Wilson spent last season on loan with Cardiff, where he finished the season with 18 goal involvements.

Liam Delap – Preston (loan)
North End are still weighing up their options when it comes to their search for a striker; one recent link has been to Manchester City youngster Liam Delap.

Preston face Man City in a pre-season friendly next week and a decision is still to be made whether or not Delap will be made available for a loan move this summer.

Arnaut Danjuma – Villarreal
Villarreal are the latest club to be linked with Danjuma, who scored 17 goals for Bournemouth last season.

The Spanish side reportedly had a £13 million bid rejected earlier in the month with the Cherries looking for around £35million for the winger. 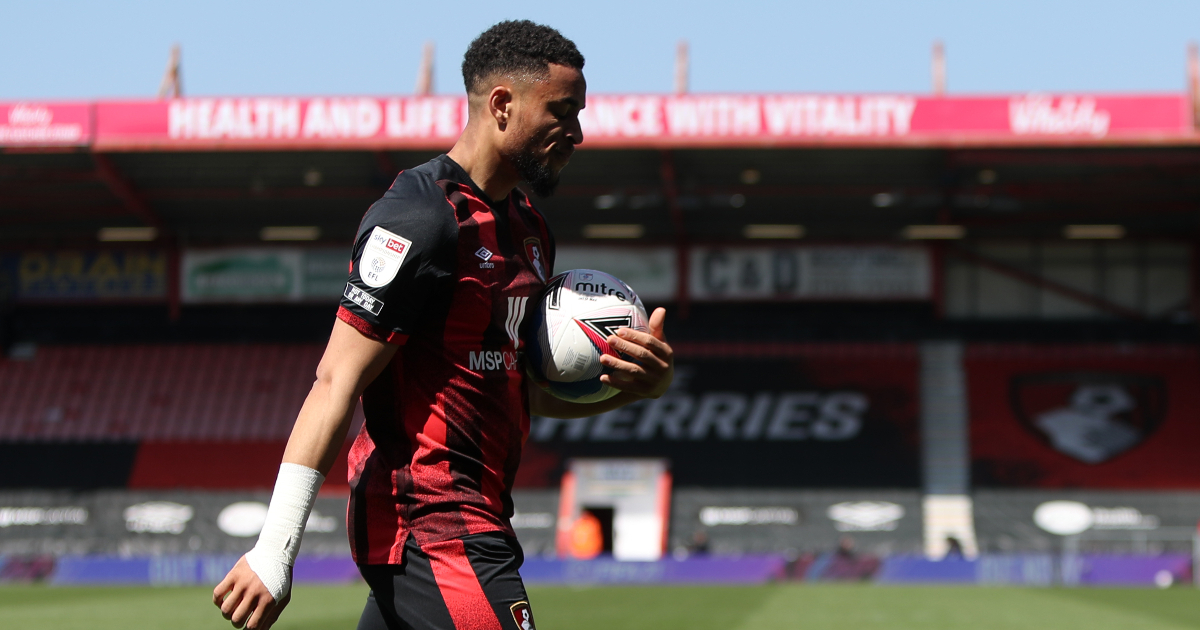 Moses Odubajo – QPR
The defender is expected to be handed a contract by QPR, where has been training since his release from Sheffield Wednesday.

The 27-year-old has previously worked with Mark Warburton at Brentford and is looking to get his career back on track after a disappointing season with Sheffield Wednesday.

Bailey Peacock-Farrell – Birmingham (loan)
Birmingham have been the latest club to be linked to the Burnley goalkeeper, who is likely to be made available for a loan move this summer.

The 24-year-old would likely come in as a back-up for Neil Etheridge, who started 43 games in the last campaign. Birmingham have also been linked with Marcus Bettinelli, who is available on a free transfer after his release from Fulham.

Joe Rafferty – Sunderland
North End full-back Joe Rafferty has been linked with Sunderland and after the arrival of Matthew Olosunde, this one could be on the cards.

Judging by the additions Preston have made so far, they will be keen to move some players on in the next few weeks.

Elliot Embleton – Blackpool
Embleton impressed in his loan spell at Bloomfield Road last season from Sunderland as he played a key role in their play-off campaign.

Blackpool are said to be keen to take Embleton back, this time on a permanent basis, although the two clubs appear to be quite far apart in their valuation of the 22-year-old.

Max Kilman – Barnsley
Both Barnsley and Sheffield United have reportedly had enquiries rejected from Wolves for Max Kilman.

The 24-year-old made 14 starts for Wolves in the Premier League last time and the club very much see him as part of their plans going forward.

Barry Bannan – Swansea
There has been plenty of speculation surrounding the Sheffield Wednesday captain since their relegation to League One.

Swansea are in the market for a creative midfielder after Conor Hourihane’s loan expired at the end of the season and Bannan could be the man to replace him. Brentford have also been linked.