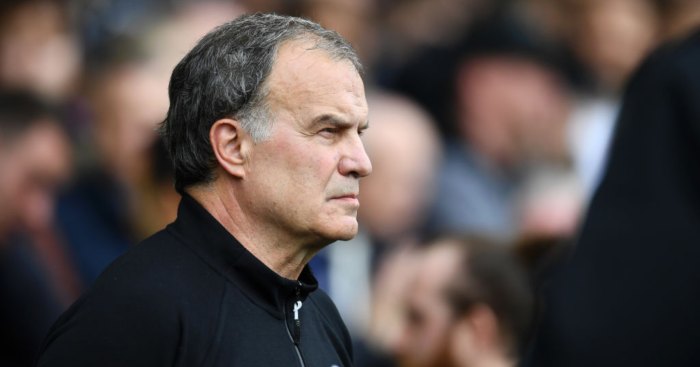 The bad news for Championship leaders West Brom is that only once over the last decade have the leaders at this stage of the competition hung on to win the title. The good news? Seven out of ten still went up to the Premier League, by hook or by crook. We start with an exception…

2018/19: Leeds United
Final position: 3rd
To say Marcelo Bielsa had an impact on these shores from the get-go is as much an understatement as suggesting the Argentinian enjoys the works of John le Carré. At this stage last season, his new Leeds United team were looking almost unstoppable atop the early Championship table with just one defeat from their opening 11 games.

Stellar results – including an opening-day 3-1 victory over recently relegated Stoke City and 3-0 win at eventual champions Norwich City – made it look like this would finally be Leeds’ season, but just like a good le Carré story, the entire plot unravelled around the second act (Spygate) and the Yorkshire outfit had to settle for a play-off place, taking just one point from their last four games before succumbing to the most tragic of semi-final defeats to Derby County.

The moment no Leeds fan will ever want to see again 🙈

2-0 up on aggregate in the play-off semi-final and then THIS happens! 😬 pic.twitter.com/mL9wuy4p0y

2017/18: Cardiff City
Final position: 2nd
The Championship’s top two two years ago – Wolves and Cardiff – could be found at very different ends of the style spectrum, but success ultimately proved possible for both. Whereas the eventual champions Wolves favoured a contemporary 3-4-3 approach with a raft of Portuguese stars and the big bucks of Fosun International, Neil Warnock’s Cardiff were, well, everything you’d expect from an Uncle Colin side.

Fortunately for the Bluebirds, one of those qualities is the knowhow of picking up three points, and the Welsh side did that in abundance, winning seven and losing just one of their opening 11 games to take the early lead.

Come the end of the season, they switched places with the old gold of Wolves, but silver was enough to provide just a second ever Premier League campaign, pipping Fulham to the final automatic spot by a solitary point.

2016/17: Huddersfield Town
Final position: 5th
Surprise October front-runners Huddersfield Town would go on to become surprise play-off winners come May in perhaps the most boring Wembley match of all time (and that takes some doing). But for the Terriers, scoring fewer goals than 21st-placed Nottingham Forest mattered not as they earned the right to a first ever Premier League campaign (and a dour second the following year).

Under the enigmatic and wonderfully proud David Wagner, the Terriers fought their way to the top of the table after 11 matches and while they couldn’t keep up that wonderful form for a full nine months, that great start did beget a successful play-off campaign.

The agony and ecstasy of the Sky Bet play-off’s…

Huddersfield fans, we think you may like this. pic.twitter.com/kgow7fq912

2015/16: Brighton & Hove Albion
Final position: 3rd
Just like Leeds United last season, Brighton started the 2015/16 season on fire only to see their season end in play-off heartache. Having led the October standings by four points, the Seagulls failed to soar and missed out on automatic promotion on goal difference to Middlesbrough.

Having lost just five times throughout the campaign, Chris Hughton’s side could count themselves unfortunate not to go up automatically, but were well beaten by Sheffield Wednesday in the play-off semi-finals despite finishing 15 points ahead of the Owls in the regular season.

2014/15: Norwich City
Final position: 3rd
Is anybody else starting to spot a pattern here? Everybody, go and lump on West Brom to finish third come May. For Norwich though, in their first season back in the second tier and fully cementing their status as a yo-yo club, there was to be play-off joy as the early leaders – more by default than anything owing to eighth place only being two points off the pace – defeated Middlesbrough 2-0 in the capital.

Having lost two of their opening 11 matches, Norwich were one of the shakier early leaders of the last decade but they would go on to finish three points off second before defeating Old Farm rivals Ipswich Town in the end-of-season lottery before taking out Boro at Wembley.

2013/14: Burnley
Final position: 2nd
Hark back to the days when Burnley were fun, fresh and exciting, shortly before the dredge of the top flight took hold, and boy was it a fun time to be a fan at Turf Moor. After 11 matches, nobody had scored more than the vintage Clarets and just second-placed QPR had conceded fewer (two goals in 10 matches!)

Come May, Leicester City would go up as champions but Sean Dyche’s side maintained the best defence and were promoted as comfortable runners-up.

2012/13: Leicester City
Final position: 6th
It was a good job for the Foxes that they did make it up the following season because in 2012/13, they suffered one of the biggest falls from October leadership to May, earning a play-off spot on goal difference alone.

Having lost three of their first 11, Nigel Pearson’s side never appeared the most secure leaders and there was no surprise when Cardiff took the second-tier crown while Leicester succumbed to Watford in the most batsh*t crazy semi-final of all time. If only Anthony Knockaert didn’t dive, eh…

2011/12: Southampton
Final position: 2nd
Travel back in time eight years and you will find that the top of the Championship looked very much like the current day Premier League upper-mid table, with Southampton, West Ham and Brighton all occupying a space in the top six.

It was the Saints who were in the holy position at the top of the table with their blistering attack scoring 26 times after 11 games, and while they would lose out on top spot to Reading – 14th in mid-October – the end of the season saw the Saints marching onto a second successive promotion.

2010/11: QPR
Final position: 1st
At long, long last , October leaders become May champions. Nearly a decade since it last happened, West Brom will be hoping to emulate a Queens Park Rangers side who won eight of their first 11 undefeated matches, losing just six all season.

Once again, they kept up a great defence, conceding three in their first 11 games and just 32 all season before holding off the fight of Norwich City to become champions by four points and automatically promoted by eight.

2009/10:West Brom
Final position: 2nd
Well, would you look at that? A decade ago, it was West Brom who topped a tightly packed Championship table closely followed by fellow recently relegated top-flight sides. It’s almost like we planned this…

In a season where Newcastle United eventually looked so out of place in their brief Championship sojourn, it was the Baggies who held the lead – on goal difference admittedly – over the Magpies.

The Hawthorns outfit would end up finishing 11 points behind the Toon Army but most importantly, 12 points ahead of third-placed Nottingham Forest to secure their own return to the top flight. More of the same 10 years on?