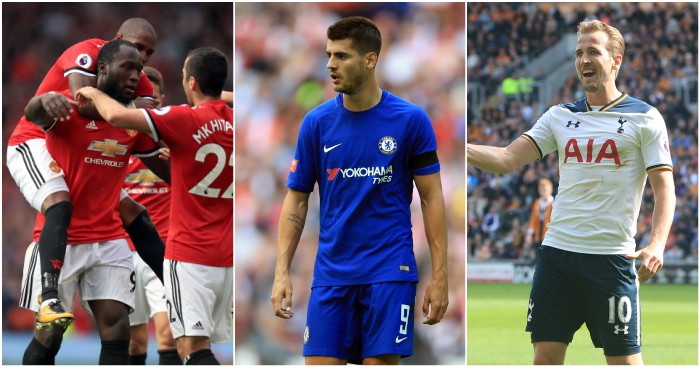 The strange thing is not how much football changes, but how much it stays the same. There have been significant shifts in styles and formations even over the past five years, but football retains a reassuring uniformity. We can swallow the odd tactical tweak, but not something that changes the framework of the game itself.

The helpful aspect of this general uniformity is that it makes anomalies easy to spot. When something does change in a lurch rather than a gradual shift, it tends to stick out.

Between 2009/10 and 2016/17, the percentage of Premier League goals scored by headers generally sat between 17.5%-18.5%, as it had for most of the previous decade. There were two abnormal seasons, the first being a low of 15.3% in 2013/14, when Liverpool and Manchester City both scored over 100 goals with their free-flowing, counter-attacking style that had little time for headers. Then, in 2010/11, the percentage of headed goals rose for one season to 19.3%.

So far this season in the Premier League, 23.7% of the goals have been headers. The sample size is of course much smaller, but this still represents an unprecedented rise in the number of headed goals at this stage of a season. It is far higher than in any other major European league. We can finally boast the best heading league in the world.

There is also a rise in the percentage of headed shots in general from last season, albeit not as sharp. Most notable for the change are Burnley, for whom 36% of all their shots have been headers; last season no team registered higher than 24%. Yet there is a more general rise too. Only two teams in the Premier League last season took more than 20% of shots with their head. So far this season, six teams have hit that mark.

Part of the explanation for this heading boom lies in that 2010/11 outlier season, the Premier League Season Of The Big Striker. Kenwyne Jones scored six headers, Andy Carroll and Steven Fletcher five, Dimitar Berbatov four. More diminutive players with a reputation for being excellent headers of the ball also thrived: Javier Hernandez and Tim Cahill scored 11 between them.

Over the course of this summer, three elite Premier League clubs bought new strikers who would consider heading a key part of their arsenal. Alvaro Morata and Alexandre Lacazette have already scored five headed goals between them, while Romelu Lukaku has one in the league and two more in the Champions League. Harry Kane and Olivier Giroud have always been proficient with their heads.

Over the summer, players who ranked in the top three for headed goals last season in the Premier League (Lukaku and Llorente), La Liga (Morata), Ligue Un (Steve Mounie) and the Eredivisie (Davinson Sanchez) were all signed by Premier League clubs. It looks like we have a type. (As an aside, a middling Premier League club really must sign Bas Dost from Sporting in January after a ludicrous 12 headed league goals in Portugal last season.)

With most teams preferring to set up in either a 4-2-3-1 or a 3-4-3 formation, both with only one central striker, centre-forwards are now required to be the complete package. The era of the strike partnership and goal poacher has come to an end, replaced by one forward who is expected to be a footballing one-man band, as excellent with his head – both scoring goals and winning aerial duels – as with his feet. It stands to reason that if the Premier League’s best clubs have bought proficient headers of the ball and serviced them correctly, the total number of headed goals will increase.

Interestingly, the rise in headed goals has not stemmed from a significant increase in crosses (39.3 vs 39.7 per game from last season). Yet there is an argument that the quality of these crosses has increased, facilitated by the use of wing-backs. The top three assist-to-goalscorer combinations this season so far all involve natural full-backs (Cesar Azpilicueta to Alvaro Morata, Kieran Trippier to Harry Kane and Sead Kolasinac to Danny Welbeck), while the improvement in service from Ashley Young and Antonio Valencia to Lukaku and Marouane Fellaini has also been noted.

One possible theory is that the rise of three-man central defences might have led to more central defenders going up for set-pieces, an obvious source of headed goals. Yet that doesn’t seem to hold much truth as yet. Centre-backs account for seven headed goals this season. Five of those (Jamaal Lascelles (2), Ciaran Clark, Harry Maguire and Miguel Britos) came from teams playing a flat back four.

There is a far more likely explanation: poor defending. Currently, five teams are on course to concede more than 20 goals from set-pieces this season. Last season, only Hull did. With Liverpool as the most obvious example of the trend, Premier League clubs are getting better at attacking and worse at defending, an argument that both Lee Dixon and Gary Neville have recently proffered.

Perhaps the increase in headed goals is merely as a result of lax marking, positional indiscipline and increased attacking ambition. Opta-defined ‘big chances’ have risen by almost 9% so far this season from 2016/17.

Whatever the cause, it will be interesting to see whether the upsurge continues throughout this campaign. Since 2009/10, there have only been over 200 headed goals in a Premier League season on one occasion. At current rates, we’re heading for 223 in 2017/18. Clubs are building up a head of steam.