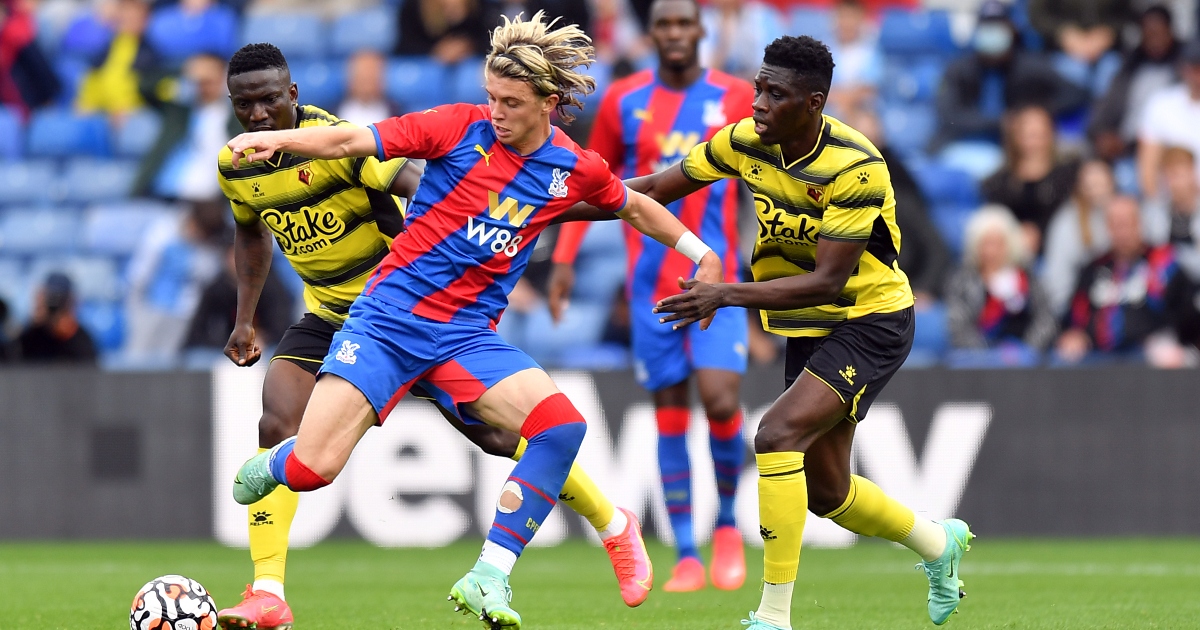 Chelsea youngster Conor Gallagher has revealed why he chose to join Crystal Palace on loan this season, instead of Leeds United.

The 21-year-old spent the 2020/21 campaign on loan at West Bromwich Albion as they were relegated to the Championship.

Despite their poor league standing, Gallagher enjoyed a productive spell at the Baggies, making 32 appearances in all competitions.

And numerous Premier League clubs were keen to bring the midfielder in for the 21/22 season.

Gallagher ended up joining Palace, despite interest from Leeds.

Asked why he picked the Eagles over United, he explained to the media: “I liked what the manager Patrick Vieira was saying. I feel like it suited me very nicely and like I could express myself the best here.

The 21-year-old made his top-flight debut for the Selhurst Park club on Saturday – as Palace drew 0-0 with Brentford.

He was unable to play in their PL opener as it was against his parent club, Chelsea.

“I was buzzing,” he added on his move to Palace. “Obviously it didn’t quite work last season, so I was very excited to join for this one.

“Now I am hoping to help the team this season and show everyone what I can do.

“I couldn’t play last week against Chelsea so I was very eager to get going for the season and to help the team as much as I can. Hopefully I can build on that for the next performance.

“I’ll always work my hardest for the team. I feel like I have got a lot of energy to give and I will always try to give 100 percent, but I want to contribute to goals and assists as well.”