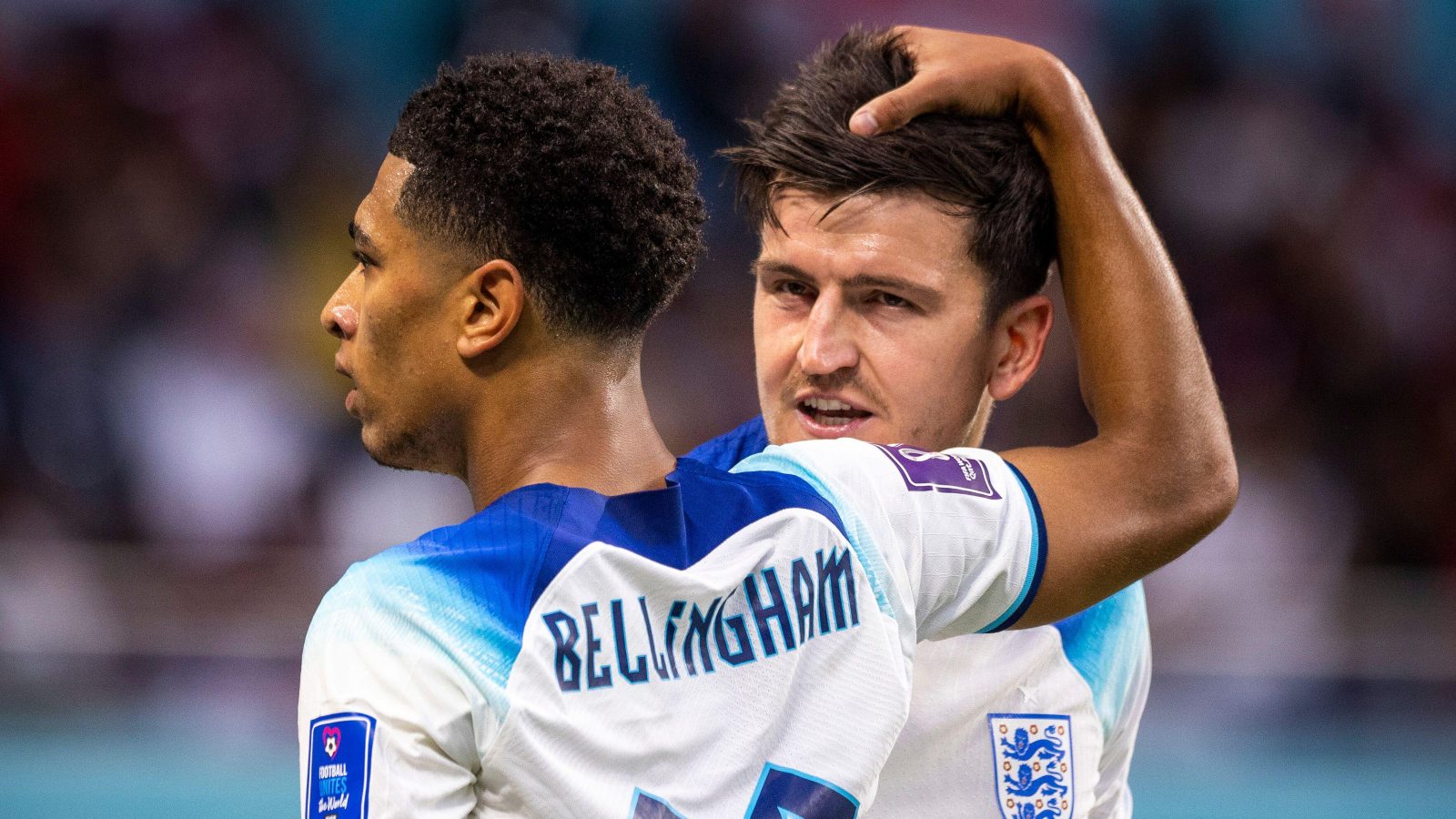 Alan Shearer, Rio Ferdinand and Micah Richards have piled the praise on England after a brilliant first-display in their 6-2 Group B victory over Iran.

Jude Bellingham opened the scoring on 35 minutes when the Borussia Dortmund midfielder looped a header home from Luke Shaw’s cross.

Bukayo Saka doubled the lead before the break, thrashing home a fine volley from a Maguire header down to banish his penalty miss of last summer.

England grabbed their third before the break through Raheem Sterling, who finished Harry Kane’s cross after some great build-up from Gareth Southgate’s side.

Saka, Marcus Rashford and Jack Grealish added to the scoresheet after the interval with Porto striker Mehdi Taremi scoring twice to make the scoreline more respectable.

On their first-half display, Shearer said: “Magnificent from start to finish. Everything about their performance has been special. When you play against a team who are going to sit men behind a ball, you have to move the ball quickly, you have to have width. England have had all of that.

“Every single player has played their part, it has been superb to watch.”

When Gary Lineker asked whether it was time to get “excited” with England 3-0 up at half-time, Ferdinand replied: “Yeah.”

Richards added: “Of course we do.

Ferdinand continued: “Listen, you have to understand that Iran are sitting back and making it difficult but everyone on paper would expect us to beat them. We’ve played in these tournaments, it’s not that easy though.

“You get these teams and think ‘oh my God, this is meant to be a pushover’ but it doesn’t work out like that unless you go out there and perform. And these boys, every one of them to a man, is playing well.”

On England’s brilliant start, Richards said: “Honestly, I can’t believe it, I’m absolutely buzzing. Because for the players, the pressure they have on them to perform. We mentioned before the game about how many goals Iran have conceded, four in the qualifying. England have absolutely destroyed them. They’ve been excellent, they really have.”

Reviewing footage of Saka’s first-half goal, Shearer commented: “Set-pieces, England have been a real threat nearly every one they’ve had they’ve caused Iran problems. Another one there, Harry Maguire, we spoke about him a lot, he’s hit the cross bar. He’s been a real presence in that box and should’ve had a penalty. ”

On Sterling’s strike, Richards added: “He’s not scored in the Premier League since August but today he’s done so much for the team. Whether it be running in behind or whether it be linking up. And Kane, he doesn’t even look, he just puts it in an area and Sterling goes with the outside of his foot .”