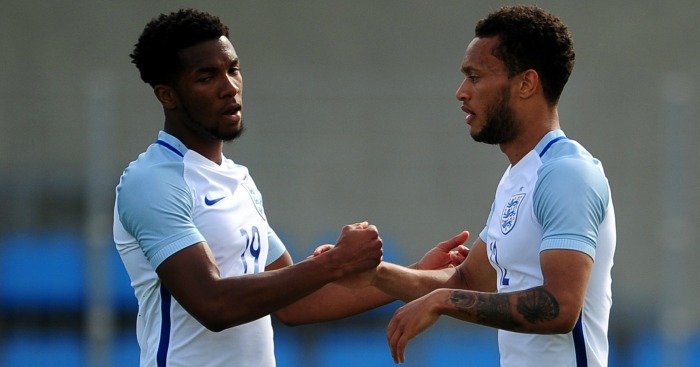 England Under-21s reached the final of the Toulon Tournament for the first time in 22 years after a 1-0 win over Japan.

Chelsea’s Lewis Baker scored a first-half penalty to send Gareth Southgate’s side through to Sunday’s showpiece against France.

England needed just a draw to reach the final and rode their luck with Gakuto Notsuda hitting the bar for Japan in the second half.

The Young Lions scored 13 goals and conceded just one in Group B having previously beaten Paraguay 4-0, Portugal 1-0 and thrashing Guinea 7-1.

England beat Portugal 2-0 in their last final in 1994 with goals from Trevor Sinclair and Bruce Dyer while the team also included Sol Campbell and Jamie Redknapp.

The class of 2016 made an early breakthrough for the winner after 14 minutes following a scrappy start when John Swift was brought down in the area by Hiromu Mitsumaru and Baker – who was not born the last time England won the competition – beat Kosuke Nakamura from the spot.

Instead of immediately wilting Japan tried to hit back and Angus Gunn was forced to deal with Ado Onaiwu’s drive 10 minutes later before Notsuda’s drive dropped just wide.

Japan continued to press and force England back as Callum Chambers was left trailing and Takumi Minamino fired just over.

But, just before the break, Baker almost double England’s lead against the run of play when his drive was turned away by Nakamura.

The Chelsea midfielder was replaced by Stamford Bridge team-mate Ruben Loftus-Cheek at the break but England were almost pegged back on 51 minutes when Notsuda hit the bar.

Swansea’s Matt Grimes then struck the woodwork at the other end and while Japan continued to look the more dangerous they failed to find a breakthrough as England progressed.