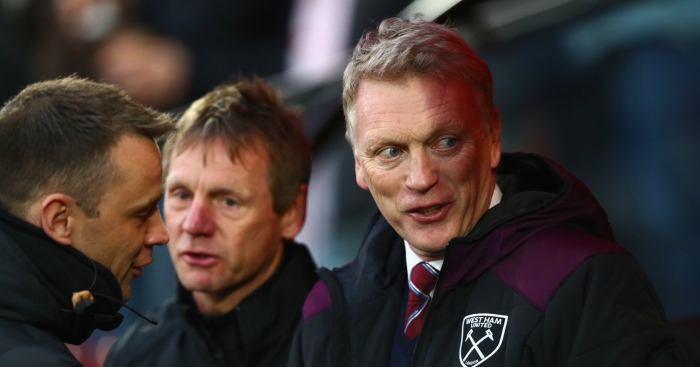 “For me, I didn’t do enough due diligence. I know when I look back, I started at Preston which was very good. I was fortunate enough to get a job at Everton, everyone knows about my time there. From that, I got a great opportunity to manage Manchester United, it’s been well-documented. After that, I wanted to try something different. I went to Spain, had a great year, enjoyed my time, different culture, different players. I came back and made a poor choice in the club I chose.”

During his first press conference at the London Stadium, David Moyes condensed a rollercoaster 19-year managerial career spanning five clubs and two countries into a few short sentences. West Ham’s new manager must have hoped that Cheikou Kouyate’s finishing was as cold and clinical.

If his 500th match as a Premier League manager is indicative of the future, this is another spell Moyes will be eager to consign to the past. The Hammers were marginally improved from their recent showings under Slaven Bilic, and yet were beaten by two clear goals by a beatable Watford side, one that had lost their last three games.

The mediocrity of the sides they are battling means the relegation trap door is far from shut, but this was not the start Moyes envisaged. The honeymoon has already been cancelled, and the realities of his latest marriage have hit both parties hard.

Had Kouyate converted either of his two gilt-edged chances, this would have been a promising first chapter. Had Heurelho Gomes not channeled Gordon Banks to thwart Marko Arnautovic, Moyes might rightfully have been crowing post-match. Had Andy Carroll concentrated more on hitting the target as opposed to hitting any opposition player with a flailing elbow, West Ham fans would have had a reason to temporarily suspend their justified chants against a board that has overseen this miserable descent.

The excuses, as they were with Manchester United, with Real Sociedad and Sunderland, have already been prepared. This is an unbalanced squad and a fractured club full of mercenaries and led by clueless owners. What can Moyes possibly do? Aside from not happily drinking from a supposedly poisoned chalice in the first place, of course.

Moyes has somehow to organise #whufc defence, change attitude of certain selfish players and unite club (as fans have been badly let down).

But there are two sides to that coin, and while Moyes will point to this game as proof of his bad luck, the negatives were equally evident. The defending for the first goal was haphazard and for the second weak; no starter completed more than 90% of their passes; only one player made more than one tackle; Watford were worthy winners, looked utterly dominant at times, and Abdoulaye Doucoure was a class above.

As a club who have scored as many goals as mid-table Brighton but conceded more than all but two clubs going into this game, a clean sheet was surely a necessity. Managers of Moyes’ ilk would pride themselves on shoring up a defence as leaky as this, yet within 11 minutes they were already chasing a result. It comes as no surprise that this side has not picked up a single point from losing positions this season.

Moyes might feel that he made a “poor choice” in taking over Sunderland in summer 2016, but this one looks even worse. On both occasions he has jumped at the opportunity to manage clubs with storied histories, and on both occasions it has felt like a panicked move from an individual who can never be certain when his final chance will come and go. But at least he took the Sunderland job before the start of the season; his West Ham spell already feels like a final failed grasp for managerial relevance.

That both Sunderland and West Ham had fanbases completely at odds with their owners makes Moyes seem like a glutton for punishment; he has become a willing third wheel in two hateful and doomed relationships over the past 18 months.