Home Arsenal Expectations are just a fiction you have invented; lose them 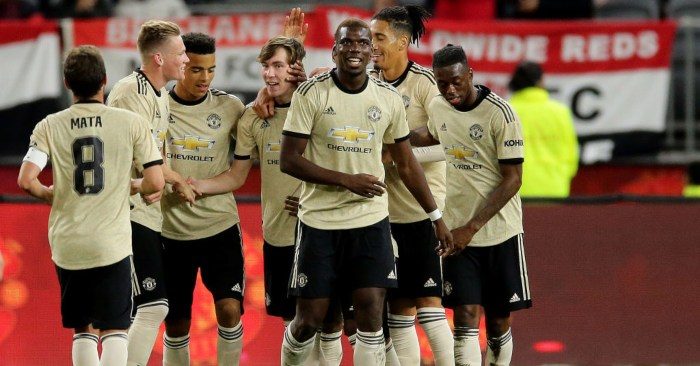 If life has taught me anything, other than never to drink in pubs which have no windows, it is to have no expectations about almost anything. For example, I’m just about to have a book published and have absolutely no expectations in terms of sales or how it will be received. It may sell three copies or 30.000, be laughed at or lauded. This isn’t a lack of ambition or commitment but I have just freed myself from the concept of expectation altogether, replacing it with the philosophy of ‘whatever happens, happens’.

Expectation isn’t hope, nor is it ambition, nor is it a prediction. It is far more judgemental.

If you take life as it comes and squeeze out whatever joy you can along the way, it tends to deliver far more satisfaction. It’s not so much about having low expectations, it’s more about having none at all. This is certainly the case in football.

I think I developed this attitude to life by watching Middlesbrough FC as a young boy. It was foolish to expect Boro to win anything at any time, so you didn’t. It made you phlegmatic and philosophical as you saw them lost 3-0 at home to Orient on a smoggy January Tuesday night. But crucially, it meant on the rare occasions they had a good side, as was the case in 1973/74 which saw them top the second tier and lose just four times and, more incredible still, concede a mere eight goals in 21 home games, it felt like all my summers had come at once. That feeling was so special that even now I can recall the feeling of the weekly amazement as they racked up another win, at one point in April thrashing Sheffield Wednesday 8-0.

Such joy was repeated when winning the League Cup in 2004 and getting to the final of the UEFA Cup two years later. These were achievements that felt extra special for their rarity across the decades, and for their total unexpectedness. Had I had any degree of expectation, it would have stolen away all the wonder.

We will certainly hear the expression ‘they’ve not lived up to expectations’ this season, many times, be it towards a team or a player, but were those expectations founded in anything concrete? Or are they just made-up nonsense?

If Spurs finish sixth I’m pretty sure it would be said about them at the end of the coming season. But what would that be based on, especially given that football is a game of fine margins and infinite variables? This idea that there is some sort of performance par that a club has to match is odd, at least without a long list of caveats which allow for key injuries, incorrect VAR decisions, freak goals, accidents and weather.

What do fans of Frank Lampard’s Chelsea expect from this season? Maurizio Sarri was the subject of much ire because the style of play didn’t match fan expectations, despite being really rather successful. Had there been no expectations of him, everyone could have saved themselves a lot of angst and annoyance and chanting of f**k Sarri-ball and have appreciated him and the team more. It seemed that what had started out as expectations ended up being demands, demands that were not heeded by the manager. That’s just strange.

Ole Gunnar Solsjkaer has been said to have exceeded expectations when he took over at Old Trafford, and ironically in doing so then elevated expectations, which were then dashed by a terrible run of form. So what do United fans expect now and how have they arrived at those expectations? Are they, like most of us, expecting the Norwegian to be led away quietly in the autumn with the club languishing mid-table, or do they expect to be near the top? Surely it’d be better to expect absolutely nothing at all.

Sadly, as we all view top flight football entirely through a financial lens now, the amount of money spent seems the primary feeder of the expectation fire. The more lashed out, the more expectation. But given there have been so many examples of big money buys being a waste of cash and not delivering the results expected, you’d think we’d have learned not to create expectations on the back of signings. Also, players are hugely overpriced and fees are a poor indicator of if they are going to be any good for your team. You might be spending eight million on Andy Robertson or 25 million on Marko Arnautović, proving that the level of spending should not inevitably equate to increased expectations of success.

How do you actually drum up expectations? Is it a deliberate willful act or does it just sort of happen via some sort of psychic osmosis without you even noticing? Is it by listening to pundits or other fans? Is it by studying form and assessing the quality of the squad? It seems to me that much of the popular press and media’s job is to inflate expectations, to pump them up in the sure knowledge that not matching up to a notional achievement level will create a good story. But football is a mercurial sport, famous for sooner or later making a fool out of people who claim to know anything about it.

I spoke to someone who works in the game for my new book and he told me that managers get into a Catch 22 situation whereby if they talk down the club’s chances in order to suppress expectations and avoid hasty criticism, then fans will accuse them of lacking ambition, but if they talk the club’s chances up, they’re setting themselves up for a fall when results don’t match the rhetoric.

“Fans often have expectations based on absolutely nothing, just because they want to have some hope of success, and then coaches get the sack because the owners have bought into those totally misplaced hopes and think the manager has failed to match them, when they were never realistic in the first place.”

So if you have expectations of how good or bad your club will or won’t be in the coming season, never forget they are just a fiction you’ve personally invented. So don’t torture yourself, the club or the players with them, instead just turn up and see what happens. If they’re good they’re good, if they’re not, they’re not. Believe me, it’s a much more enjoyable way to live your football, and indeed your life in general. I urge you to try it but I have no expectation that you will!