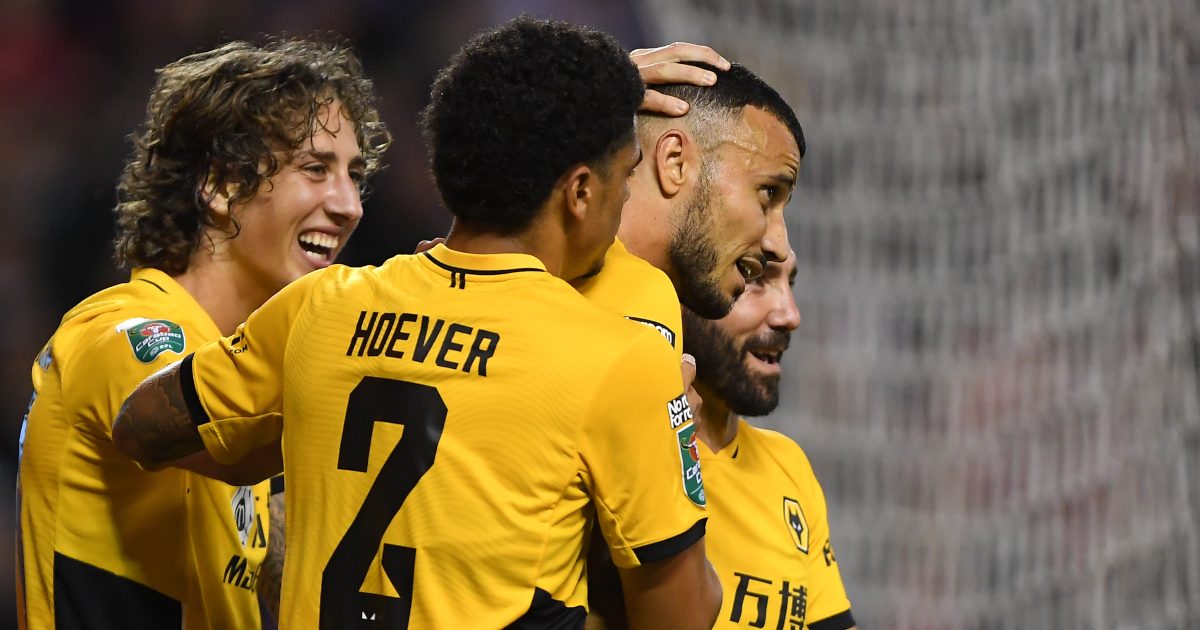 Just like Brighton, Wolves are not getting the points their football deserves. They look fun again.

When Graham Potter was handed a new contract at Brighton after just six months in charge, it seemed from the outside a baffling decision. They had made a decent but unspectacular start and a bad run of results would have left them very much back in their customary relegation battle. It was difficult to see a level of improvement that warranted a two-year contract extension so soon into what was already a fairly long-term deal for a manager with no Premier League experience.

I thought about my personal surprised reaction to that news when I was watching Brighton play last season. As armchair viewers, we were afforded a unique opportunity last season and it’s one we may never get again; we got to watch every Premier League match. Clearly, as an extremely popular person with a wide variety of other interests, I couldn’t watch every single match (I was only watching on average about eight of the 10 matches, busy man) but it gave me and other supporters a chance to properly assess every team. Not through seeing them for five minutes on Match of the Day and looking at their league position, but actually consistently watching how they play for 90 minutes.

Brighton were in a clutch of teams I thought I could take or leave, their appeal summed up by their regular appearances on BBC and Amazon Prime. But, after a handful of weeks, I was a Potter convert. Brighton were a pleasure to watch, always playing entertaining, enterprising football irrespective of the opposition. There was a clear pattern to their play; players were operating in a system that maximised their qualities, they were brave on the ball and they were relentless for the full 90 minutes. That they were such a statistical quirk, unerringly defying all expected goals metrics, made them even more appealing to me as a neutral. It was now clear to me why Brighton had rewarded Potter with a new deal so quickly.

The volume of TV coverage really exposed teams and their managers to more informed scrutiny. Burnley and Crystal Palace were well organised but a tough watch, Newcastle lacked any pattern to their play but found a welcome habit of stealing points from incredibly unlikely situations and Spurs became a classic Jose team but without the backbone to cling to their countless early leads.

But the biggest disappointment for me were Wolves. I was genuinely looking forward to watching them play after two good seasons, but the team looked more and more like their cycle was over as the season progressed. Clearly there were mitigating circumstances with the unfortunate injuries to key attacking players, but the performances lacked any cohesion. It didn’t look enjoyable to play in the team and that transmitted to the viewing public.

Purely looking at their results this season, it would be easy to assume that their miserable end-of-season performances had spilled over into this season. Three 1-0 defeats look an incredibly uninspiring start to the season but, after seeing the unlucky defeats against Spurs and Man Utd, the results belie the fact that Wolves have very much passed the eye test.

Nuno tried to evolve the team last season through changes in formation and more frequent rotation of players. Unfortunately, the absence of a consistent approach led to a lack of identity in their play. Bruno Lage has reverted to the three at the back which Wolves became synonymous for when they made such a successful transition from the Championship. Additionally, he has reunited Ruben Neves and Joao Moutinho as a midfield two, which has allowed Wolves to have three players causing problems for the opposition defence. Adama Traore is becoming what Usain Bolt assumed he would become as a professional footballer, Trincao looks another Portuguese gem in the mould of the excellent Pedro Neto and Raul Jimenez will hopefully get back to being one of the most feared strikers in the league.

What is just as impressive is what appears to be a change in mindset from a squad that has only had very minor tweaks. Wolves immediately look a more attractive and dynamic team. It looks fun again.

Gary Neville often speaks of there being an acceptable way to lose and there is a stark difference between the manner of their losses to the other teams without a point so far this season. Arsenal have been shambolic in their three matches this season, whereas Norwich have been thoroughly outclassed by opposition similar to those faced by Wolves. The expected goals metric never tells the whole story (just ask Brighton) but the fact that Wolves currently have a plus three goal difference on this statistic whilst all the other teams from 12th downwards have negative goal differences shows that results have not done justice to their performances.

The next challenge for Wolves and Lage is to translate these positive performances into results against teams below the elite. Since coming back to the Premier League, Wolves have often struggled breaking down more defensive teams and Lage has to find a way to overcome this. Fans will expect them to take a significant number of points from matches against Watford, Brentford, Southampton and Newcastle and this brings a new pressure.

Thanks to the encouraging performances so far, Wolves fans should be confident. It is easy to draw conclusions based on results, but it is performances which also serve to inspire or diminish confidence, particularly at this stage of the season. That is why pundits who may only have seen brief highlights of a team will often have extremely different views to those who watch their team play every week. That is why Brighton were confident when they handed that contract to Graham Potter.

Bruno Lage will be hoping it is Wolves who hand out a surprise early contract extension this season; it would be confirmation that his team has passed the all-important eye test.