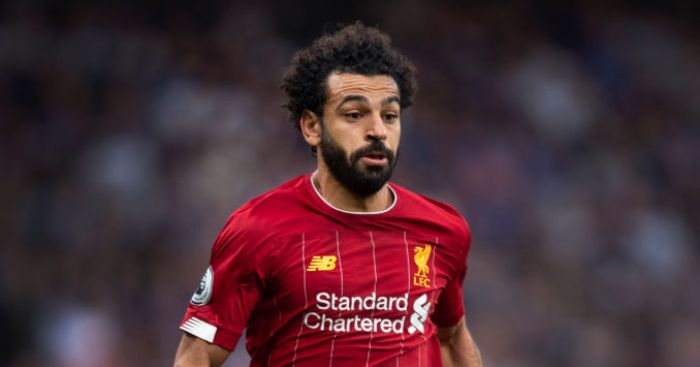 Sheffield United v Liverpool
Chris Wilder’s side have confounded the critics so far and currently sit above Chelsea and Everton in the table. However Jurgen Klopp’s men are on a 15-match winning run, and are actually unbeaten in the Premier League in their last 23 games. As you would imagine they are a warm order in the betting here at around the 1/3 mark for the win. Those who like backing a plucky underdog will be buoyed by the fact that Bramall Lane is one of only three grounds Liverpool have played at without winning in the Premier League (three attempts) but we fancy the red machine to march on in south Yorkshire. Mo Salah is a shade under evens to score in the match. Running towards goal with the ball stuck to his left foot like sh*t on a bear’s arse? We love to see it.

Betting: Salah to score anytime at 4/5

Aston Villa v Burnley
Burnley have won only one of their last eight away games in the Premier League and we fancy Villa to edge a close one here. The hosts have collected four points from their last two at Villa Park and Dean Smith will know survival will basically depend on their home form this season.

Bournemouth v West Ham
The Cherries are seeking a third straight league win but West Ham will surely be out to prove a point after catching some merciless heat from their ignominious Carabao Cup exit in the week. With this in mind it’s all set up nicely for a score draw on the south coast. Also, I was looking after my nephew in the week. Now is it just me or should Naughty Norman off Fireman Sam definitely be in a young offender’s institution by now?

Chelsea v Brighton
Chelsea are an exciting team to watch these days and have shipped 13 Premier League goals so far this season. They are yet to keep a clean sheet and we fancy Graham Potter’s side to at least go down fighting at the Bridge.

Betting: Chelsea to win and both teams to score at 2/1

Crystal Palace v Norwich City
Norwich’s gung-ho approach clearly serves them well in home games but they have looked way too open on the road and may struggle at Selhurst Park. The Canaries have lost all three away assignments this season, conceding eight goals in those matches. 10/11 about the home win? Wagwan roadman!

Tottenham v Southampton
Tough times these for Spurs yet it was still surprising to see #PochOut trending on Twitter after that midweek Carabao Cup defeat to Colchester. Champions League final last season, anyone? It’s Spurs’ first full season in their new stadium. And it’s September. You fickle, knee-jerking, towel-chucking clowns.

Wolves v Watford
The Hornets have shipped 18 goals in just six Premier League games this season so if there was ever a time for Wolves (still winless in the league) to get back on track, then this is it.

Everton v Manchester City
The away win looks a complete no-brainer here given the respective results of these two clubs last weekend. Everton ruined many an acca (including mine, the mugs) with their dismal 2-0 home reverse against Sheffield United, while the Citizens smashed eight without reply against Watford. Sergio Aguero has scored eight goals in six matches but hasn’t scored against Everton in their last eight league meetings. Set-pieces have been a particular weakness for the Merseysiders. Four of the last six goals the Toffees have conceded have come from them so how’s about big Nicolas Otamendi to nod one home first at 25/1?

Betting: Otamendi to score first at 25/1

Leicester City v Newcastle United
Leicester City are flying and moved up to the dizzy heights of third in the table after that valiant 2-1 victory against Tottenham last time out. Anyone who took our ante-post advice about them finishing in the top six this season should be on good terms with themselves right now and let’s have it right, they look absolute banker material this Sunday. They face a Newcastle side who have scored just four goals all season and who will likely be blown away by the sheer majesty of James Maddison and the pace and pluck of Jamie Vardy.