Home Johnny Nic F*** ‘market forces’, fans are being screwed at every turn… 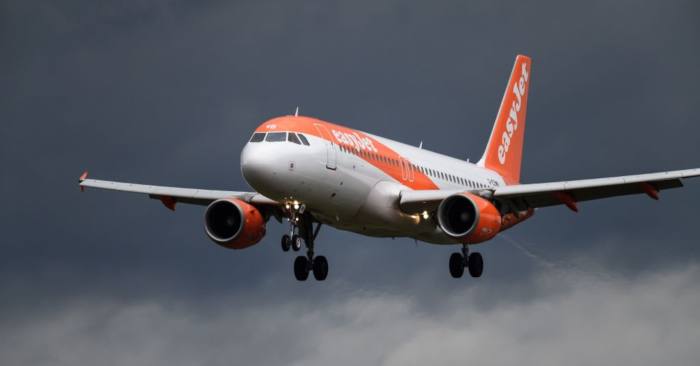 Whenever there is criticism of the price of something, one the most popular responses is that “it’s just market forces, mate”. This is applied to the price of grated carrot in Marks and Spencer, cocaine or the interstellar cost of football match tickets, wages and transfer fees.

Market forces seem to have an almost holy status in our lives. Where demand exceeds supply, you can charge ever higher prices. The word doing the heavy lifting in that sentence is ‘can’. No-one has to, but usually they do. This has been at the core of the economic philosophy we’ve been governed by for many decades. ‘Let the market decide’ has long been the cry.

Much good it has done us. Because, as we’ve seen this week over the cost of going to and watching the Champions League and Europa League finals, it doesn’t make people happy. It is divisive and it pitches the people against each other. We become defined by what we can and can’t afford, and it puts us on our knees desperately fellating the gods of profit in return for our survival.

And if you think that makes us happy, or it is a good way to live, or that it is even working in any meaningful way for the majority of us, then you have to explain why as a country we are consuming 71.5 million antidepressant prescriptions per year, why we’re spending a rising £14 billion every year treating Type 2 diabetes primarily caused by diet and lifestyle choices, why we’ve got more than two million people who are either problem gamblers or at risk of addictio,n and that’s before we get to the high rates of alcohol and drug consumption. These are not the choices of content and happy people. Rather it looks like in one way or another, we’re trying to alleviate the oppression this economic orthodoxy has at its very philosophic core. A philosophy where Gross Domestic Product is taken as the measure of success, not, as it should be, Gross National Happiness.

This falling apart of the people isn’t down to moral turpitude, it is down to the destructive nature of society based wholly on competition and consumption, rather than community. This is why Human Rights Watch has accused the UK government of breaching its international duty to keep people from hunger by pursuing ‘cruel and harmful policies’ with no regard for the impact on children living in poverty. The idea that one can separate the physical and mental health of a nation from its economic governance is fanciful to say the least.

Riding into town on the back of this profiteering horse comes the Champions League. If you want to see Spurs play Liverpool in the Wanda Metropolitano it will cost you 70 – 600 Euros to get in – approx £60 – £520. If you complain about this, I guarantee someone will shrug and say “it’s just market forces” and that’s also exactly what EasyJet said in response to accusations of price gouging for flights to take people to the final.

EasyJet’s chief executive, Johan Lundgren defended the £1000 tickets – up from the more typical £250 – by saying the price was higher than average because there had been an ‘enormous’ surge in demand. See? Market forces. What can you do?

“That is actually how the system works,” he said. “The whole pricing picture is very dynamic.” Apparently, at peak booking times, EasyJet could fill a plane in six seconds. “That’s how quickly this goes and this is how the system reacts.”

Ah, yes, ‘the system’. One might think that ‘the system’ and market forces exist as an independent life force, operating without the control of actual people.

When it comes to top-flight football, in no well-functioning market do a select few participants get given £100-£150 million of free money before they even open the doors, as they do in the Premier League. This is not the proceeds of profitable trading, it is a gift. It uniquely means they and they alone can sell a ‘product’ (ie the actual football) which the market (fans) dislikes or is no good, but are protected from the discipline of the market by guaranteed income (in other contexts it might be called a subsidy or a benefit) and by the fact that football has a cultural loyalty that survives rises and falls in quality, the way no mere tin of soup does.

So this obviously is no ordinary market situation. It’s more like a weird economic cartel which has perverted the market for those outside the cartel.

There are many who will say the fact that some people will pay these Champions League final ticket prices proves that they are not overpriced. Those who defend price gouging will always say that people do not have to pay; they can stay away. Again, this is thinking derived from the commodification of football, seeing everything through a financial lens, as though it is really just an extension of the retail experience. And in that exclusive perception, the real value of the game is lost. And that loss unpicks yet another seam holding the fabric of football and indeed society together. It condemns us further to a Lord of the Flies economy where you grab what you can and sod the rest.

Football isn’t a product the way something is in a shop. There is no other Champions League final game between Spurs and Liverpool to buy. Market forces are not driving prices up or down because, in effect, this is a monopoly. There can be no market competition. Therefore the ticket prices are not set by the market, like on the high street between purveyors of the same tins of spaghetti hoops. Prices are set in the same way they are set in a central command economy – by the authorities, ironically enough.

Football is our culture, it is our art, it is our community, it is our self-identity, it is an important part of the people’s history. To treat it like it is nothing more or less than a tin of beans in a store is a coldhearted commodification of a community sport, that is offensive and more importantly, very destructive. It has ruined the joy for fans in the last week, it has made them angry and resentful and there is an economic and mental knock-on for the rest of us, in that. And all for what? A bit more money.

And it does not have to be like this. In the same way EasyJet could absolutely choose not to raise the price for flights and are not a slave to the very system that they have created, tickets do not have to be £60-£500. It is a wilful and unnecessary decision to screw a few more quid out of football fans which cannot be excused through the normal outworking of economics. It is a deliberate choice to exploit football fans who come from a country whose average wage is just £27,000 per year who live in a country where ten million households have no savings at all. It’s greedy and it’s nasty.

Mark Chapman called this ticket pricing ‘disgusting’ on 5live on Sunday and he was absolutely right. It is disgusting and we should be disgusted by it. We should be morally outraged by it and we should not be afraid to say so. The clubs should be likewise.

In fact either club could have purchased all 16,613 tickets themselves and given them to fans for free. Indeed, they should have. It’d cost them perhaps £3 or £4 million. Indeed, one player at each club on £100,000 per week could have bought them all himself and still had a million or two left over from his annual wages. Or they could’ve split the cost amongst the first-team squad. After all, no fans, no-one watching TV, no big wages: no football. Fan groups’ calls for the clubs to even just subsidise the ticket prices have been rejected by the clubs. This is where it all leads. Everyone is divided up between sellers and buyers, between haves and have nots, between those who know the price and those who know the value.

This ticket and flight pricing scandal perfectly reveals the governing economics of football’s authorities, clubs and indeed of so much of modern life. It is a vicious, ugly beast that dresses itself up as respectable economics but absolutely isn’t. It is profiteering, exploitative and nakedly so, and all this in an industry that, at this level, has money falling from its pockets in a waterfall of green.

How much longer do we have to put up with the lie that anything to do with money and top-flight football is ‘just market forces’? How long is it going having a choke hold on us before we fight back? Maybe it’s time for us to be the real force in the market.