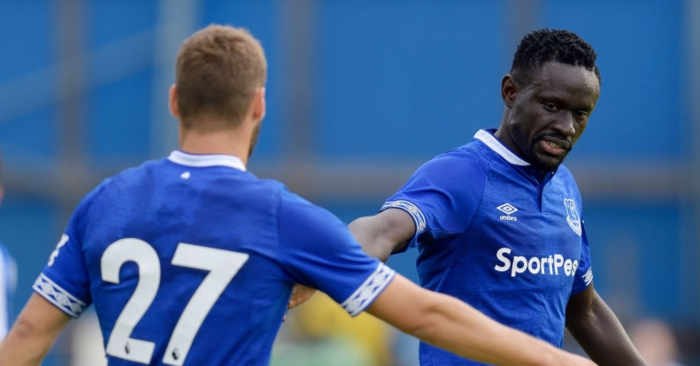 Marco Silva has confirmed that Oumar Niasse is part of his Everton first-team plans for this coming season. He might even get a bloody locker!

Niasse joined Everton for a sizeable £13.5m in January 2016, failing to score in his seven appearances that campaign.

Ronald Koeman then replaced Roberto Martinez as manager at Goodison Park, and promptly discarded the 28-year-old.

Niasse was not even given a squad number by the Dutchman, and was loaned out to Silva’s Hull City in January 2017 after not playing a single minute for Everton.

He was called back in from the cold by Koeman eventually however, netting both goals in a 2-1 win over Bournemouth in September as the Toffees battled relegation fears.

Niasse scored nine goals in 25 games last season under Koeman and Sam Allardyce to enhance his reputation, and after a promising pre-season, Silva is willing to work with the striker instead of selling him.

“Of course, Oumar Niasse is in our plans,” Silva told the Liverpool Echo.

“I understand the question as well, we need to understand his football. He is a player who can give different things than the other players we have in this position.

“He is different than all the others when you look at Cenk and at the other boy Dominic Calvert-Lewin – Oumar Niasse is completely different and in some moments, like this evening in the second-half, or when he starts games, he will give different things to the others.

“It is a matter of my decision, in the right moments of the game.”