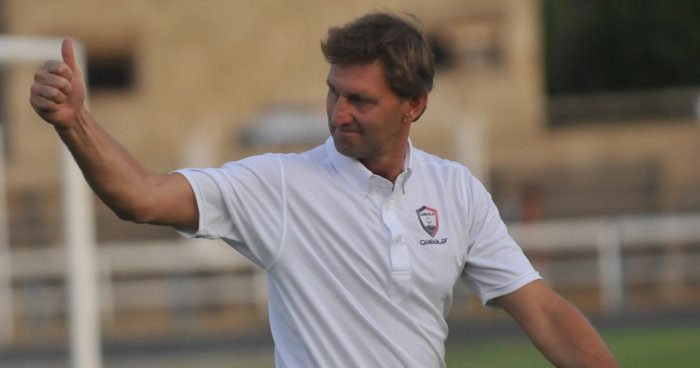 Imagine turning up for your first day as manager of a football club in a country’s top division, what would you expect to see? A lush green pitch? Training cones? Bibs? Surely footballs at least? And when your first game comes around you’d expect to see fans right? At one time or another in my first few months as manager of Azerbaijan’s FC Gabala I lacked these fundamental things. However, thanks to a long-term vision, a patient and responsive owner and a lot of hard work, it is now a club transformed.

To readers in Europe, who are used to the glitz, glamour and riches of the Premier League or La Liga, Azerbaijani football will be unrecognisable. There is an occasional glimpse, with Azerbaijani teams occasionally competing in Europe’s premier competitions, but these are few and far between. I knew as much as you about Azerbaijani football when I first arrived in Qabala in 2010, but what I experienced taught me far more than merely how to coach players.

Qabala is a remote little city in the Caucuses. When I arrived in 2010, FC Gabala had been going for 15 years and its owner, Tale Heydarov, had ambitions to take it to the next level. It was immediately apparent that this couldn’t happen without a complete overhaul of the club’s infrastructure and day-to-day operations. The training facilities were virtually non-existent, the players were basically amateurs and none of the coaches were pro-licensed. To put it simply, the staples of a football club weren’t there.

What is the situation eight years later? A modern, fully equipped 3,500-seater stadium, seven training pitches, a professional first team squad, dozens of UEFA pro-licensed coaches and Azerbaijan’s first fully developed youth academy. Of all my post-playing career achievements, FC Gabala youth graduates accounting for more than 70% of the national team is perhaps the biggest source of pride. This was only made possible by an owner willing to put building a club before building a team.

Sir Alex Ferguson once said, ‘don’t pick your club, pick your owner’. Football owners are often much maligned and have a wide range of motives. Some want the instant glory, some want to make a fast buck and some simply enjoy the prestige. FC Gabala’s Tale Heydarov wanted, more than anything else, to develop a sustainable, successful club of which this town could be proud. He understood that this wouldn’t happen overnight and rather than demanding instant results on the pitch, as is often owners’ wont, he was willing to listen to what I and others told him needed to be done off it. 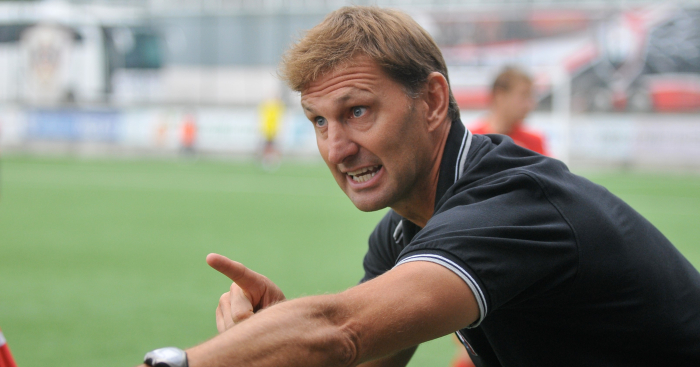 Building a football team requires a lot of patience. Building a football club requires boatloads. Were it not for an owner willing to deliver that, it would never have happened. With Tale’s approval I began organising the improvement of facilities, installing floodlights, upgrading the pitches, restructuring the first youth teams. I had to bring in talent from across Europe, such as Feyenoord Academy Director Stanley Brard. It wasn’t glamorous, but on reflection it was incredibly rewarding.

Prior to all this, however, there were more immediate concerns. I had to work out a deal to stop a local farmer grazing his cattle on the pitch, the result of a ground-sharing agreement made before my time that you won’t see in the Premier League any time soon. The local army regiment also had a disruptive habit of engaging in live-fire drills nearby the stadium. The occasional sudden bang of a grenade saw half my first-team squad hit the deck in the middle of passing practice. This was the sometimes bizarre reality of footballing life on UEFA’s frontier.

Having made some progress, I told Tale bluntly that I would be more use to him as a sporting director. He didn’t need me to drill the first team in shooting, he needed me to organise the youth academy and make the club something resembling what we are all used to in England, Germany and Spain. Attention is often on my time as FC Gabala manager, but it was this time as Sporting Director where Tale and I’s vision for the club really came together.

Since I joined, Azerbaijan’s UEFA coefficient has improved 10 places. The fact that the Baku national stadium will play host to Euro 2020 group games and a quarter final is testament to how far the perception of the country’s footballing prowess has improved. This is coupled with the same stadium hosting this season’s Europa League final. 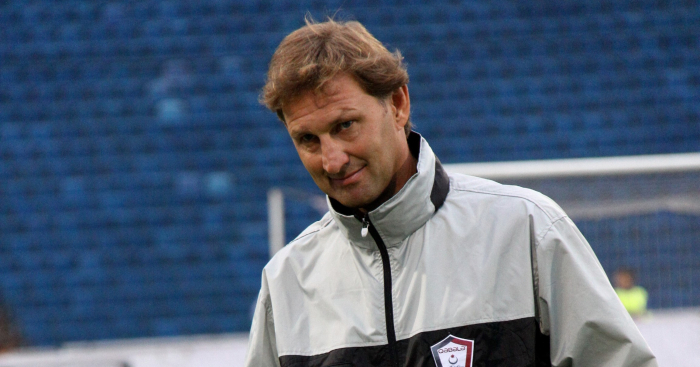 FC Gabala have qualified for the Europa league and are regularly finishing in the Premier Division’s top three. Gabala has the best youth academy in the country and the best youth facilities in the former Soviet Union. Elsewhere, Qarabag appear to go from strength to strength, regularly finding themselves in Europe’s premier competitions and leading the Azerbaijani domestic pack. In my playing career, my captaincy of Arsenal and England, my club honours and medals were the measures of success. In my post-playing career, and time in Azerbaijan in particular, the steps made by Gabala and wider Azerbaijani football are how I see my success – and they bring me no less pride.

When Arsenal played Qarabag in the glittering Baku Olympic Stadium last month it was symbolic of the progress Azerbaijani football has made. I like to think that a combination of myself, alongside a visionary owner and a hard-working staff in small Qabala, played a role in making that happen and that we built a club that will be there for generations to come.