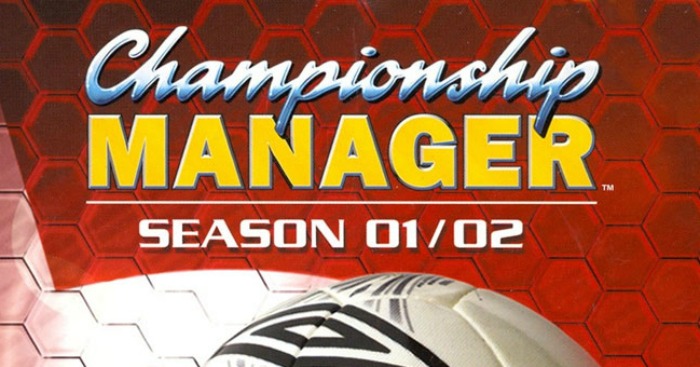 Iain Macintosh has written two books on Football Manager and his series on the set pieces has proven immensely popular. He talks to us about his love of the cult, and actually getting paid to play a computer game. That’s the dream…

What was your first taste of Championship Manager? Which was *your* version?
I remember the first Championship Manager coming out in 1992 and getting pretty mediocre reviews in the magazines, so I didn’t buy it immediately. I was quite happy with the mail order classic ‘Football Masters’, but a friend of mine took the leap and he couldn’t stop talking about it at school. He lent it to me and I wasn’t instantly impressed. Once you’d loaded it up and picked a team, the game took FORTY FIVE minutes to prepare itself for action. That sort of thing was unheard of on an eight bit machine, let alone a whopping great Atari ST. And it looked terrible, like public domain accountancy software, but it didn’t matter. I was hooked in minutes.

The difference between CM and every other football management game in existence was the total lack of respect the game had for you. All other games in the genre were simple affairs, presenting you with a team and then throwing up faceless opponents for you until you got bored. But CM wasn’t like that. Its world didn’t revolve around you. You were just a tiny part of its world. If you fell short, it would sack you and you’d have to sit there shame-faced, pressing continue until you got offered a new role of dramatically reduced status. No other game treated the user like that. And so you were compelled to do well, you had to fight just to be able to play it. I was in deep. Too deep. I’m still quite surprised that I passed my GCSEs.

And was that your first managerial simulator love, or was there a forerunner?
I’d played Kevin Toms’ original Football Manager in the mid-80s and that was the first of the genre. Tiny little stick men and a player database that randomly reset at the end of every season, but it was the mould for everything that would follow. The first really great management game was probably Tracksuit Manager though, it had real player names and everything. The aforementioned Football Masters was way ahead of its time, I think that came out in about 1991. But after CM, there wasn’t really any contest.

You know what the people want, Macca. We’ve all ‘got a mate’ who has dressed in a suit for the cup final, but what’s the furthest lengths you’ve gone when in the comfort of your own home?
When we did the ‘Football Manager Stole My Life’ book, we had loads of these coming in from around the world. Some were really disturbing, like the guy who’d had two marriages fail and no longer see much of his children, but didn’t seem to think it was a problem. Others were magnificently unhinged, like the guy who set the tone for an away game in Turkey by opening his bedroom window and setting fire to his wastepaper bin.

As for me, I think my saddest moment was when I removed Mansfield Town and replaced them with my own team filled entirely with my friends, all of whose real life attributes had been carefully assessed and replicated. I even had older friends and family members added as coaches and scouts. It took around eight hours in total and if you’re thinking that it’s not really that bad and that we’ve all been there, I should add that I was 33 when I did this.

Your Championship Manager 01/02 series on the Set Pieces has been really successful. What is it about *that* game that just gets people?
CM0102 was the last of its kind. Everything that followed had graphics while this one, like its predecessors, was limited to simple text commentary. That meant you had to use your imagination to fill in the gaps and I still think there’s something wonderful about that. The actual information at your disposal was relatively limited, certainly compared to today’s Football Manager, but your brain would fill in the gaps for you, you’d be doing press conferences in your head while the other results came in. It was a wonderfully balanced game in terms of time required and depth, but it was also challenging in all the right ways.

It should also be noted that after its release there was a two year hiatus filled only with a data update and that its follow-up CM03/04 was a bit of a disappointment. It wasn’t until 2005 and the split from Eidos that Football Manager appeared and took the genre further than it had ever been before. So, in short, there’s a four year block where CM0102 is the best game on the market and that means a wider section of people who hold it close to their hearts.

I’m guessing you didn’t quite see the series going as long, or getting as weird as it did? CHERNO SAMBA!
I honestly didn’t think this series would appeal to anything more than a very niche group of a hundred or so nerds and I’m bewildered by the numbers that it gets. It was supposed to be a silly summer feature and I didn’t expect it to last more than a single campaign. We’re now seven and a half seasons deep and we still get about 10,000 page impressions for every episode. I certainly didn’t expect to end my Everton career with the real life Cherno Samba sat next to me, guiding my every move. And with minimal success, it must be said.

Can you describe how odd it is playing a computer game that people want to read about you playing? Isn’t it all a bit nerd-inception?
It’s pretty weird, yeah. In order to avoid the embarrassment of telling my wife what I really do for a living, I always tell her that I’ve spent the afternoon masturbating in Waitrose. But I guess ultimately the series is just harmless nostalgia and I think it really helps that I’m not actually very good at it. I get the impression that people find my failures amusing. I don’t. I actually put a lot of effort into this and it’s a body blow to the soul every time I have to upload yet another chapter of disastrous results for people to mock. When you’re playing on your own you can just give up and start again when it starts to upset you. But I can never be free and all of my mistakes are horrifically public. Still, I used to sell bin bags, so I mustn’t grumble.

I see you have a new Football Manager series, bringing things up to the latest version of the game. It sounds like there will be bells and whistles galore?
Bells, whistles, fireworks. All sorts. The beauty of the new games is that you can do so much more with them. You can upload highlights to Youtube, you can screen matches live on Twitch, you can put the actual save file online so that people can download it and then wander about it in your world. But we’ve got more up our sleeves than that. This is a labour of love and we’re going to be calling in favours from real life football figures to help out.

One thing I’ve always wondered about is how you would play Football Manager if it was actually your job. If you could justify all the time to do it properly, all the scouting, all the preparation, all the thought, could you really nail it. And how would you deal with the pressure on a day by day basis? There’s no hiding place. You can’t just start again. You can’t exit without saving because people are watching on Twitch. So do you make the sort of bold decisions you’d make at 2am in your own game or do you play safe because people are watching and they can be really mean to you on Twitter? And, of course, it’s a brand new game, so we don’t know who the Cherno Samba is, or what tactics work best. This is all fresh. To be honest, my biggest concern is that I’ll be sacked after six games and we’ll have to hire someone else to take over.

The feature will run on The Set Pieces, a site not every reader will be familiar with but one that we think is bloody great. Write us a dating ad-style sell for the site.
I like to think of The Set Pieces as a sort of second hand book shop that you might chance upon when you’re sheltering from the rain. It’s just lots of lovely, mostly timeless, articles the likes of which you probably wouldn’t find anywhere else. We haven’t got the resources to run around doing 20+ stories a day or breaking news, so we just don’t. We have a bit of budget, but we choose to use it to pay journalists to write 1,000 word rants on the rise of Fan TV, or to review Steve Bruce’s novels, or to tell stories behind stories. I ran it for 18 months and it was all right, but Matt Stanger’s in charge now and he actually knows what he’s doing, so it’s really improved of late.

And, finally, we all have one: If you could pick a five-a-side-team of your greatest CM/FM servants, who makes the grade?
All from CM01/02: Edwin van der Sar: Issac Okoronkwo, Mark Kerr, Mike Duff and, in spite of everything, dear old Cherno Samba.