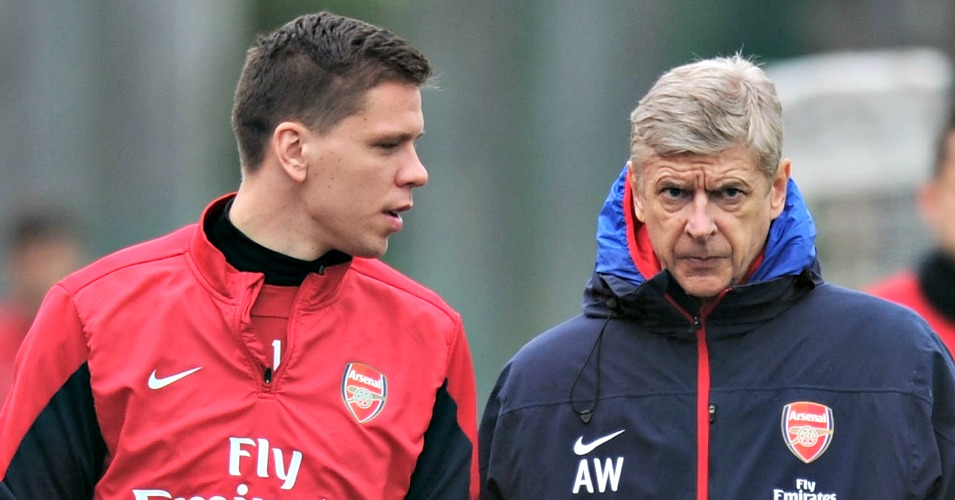 Wojciech Szczesny knows that he made mistakes at Arsenal. In June 2012, he quit Twitter and made a public apology after tweeting that Aaron Ramsey ‘looked like a rapist’. In March 2013, he apologised to Arsene Wenger after his father blamed the Arsenal’s manager for the goalkeeper’s form. He has twice been disciplined by the club for being photographed smoking, and in February 2014 chose to mark his sending-off against Bayern Munich with a choice hand gesture towards the fourth official.

None of these, in isolation, amounted to gross misconduct, but they created an image that Szczesny was an unreliable character. That is possible to ignore if on-pitch form is consistent, but his performances matched his personality: Unpredictable and prone to error.

It is therefore easy to accuse those Arsenal supporters who are peeved by Szczesny’s sale to Juventus of revisionism. When he was loaned out in the summer of 2015, it was not Szczesny’s departure that surprised anybody but his destination. Arsenal had just finished third in the Premier League, with Szczesny playing 17 times; Roma had finished second in Serie A. Nobody moaned when he was dropped; nobody moaned when he was loaned.

Yet that spectacularly misses the point, because it ignores just how much their goalkeeper has improved in his two years away from Arsenal. Not only did Szczesny rebuild his career in Italy, he matured and developed as a person. “The season before I left I had a very bad season – performances, injuries, off field – it was terrible,” Szczesny told the Guardian’s Amy Lawrence in May. “I am now 27 and the best I have ever been.”

The statistics offer the evidence that the eyes can see. Szczesny earned the most clean sheets in Serie A last season (14), and has virtually eliminated the issues of indecisiveness and aerial presence that plagued his time at Arsenal. There are still occasional lapses of judgement, but find me a goalkeeper who doesn’t make mistakes. 2016/17 was Szczesny’s break-out season. Having left Arsenal as a 25-year-old boy, he returned a man. That man is now leaving permanently.

“I believe he will have a future at Arsenal,” said Wenger in July 2015 when Szczesny was sent away temporarily. His goalkeeper went to an unfamiliar club in an unfamiliar country and an unfamiliar footballing culture, and subsequently thrived. Szczesny proved that he has the ability to succeed at the highest level and the new-found character to match.

If that isn’t the point of the loan system, then what is? And, more pertinently, if Wenger was going to sell him in 2017 after such an improvement, why bother loaning him out at all? What more could Szczesny do?

“We have so many top-class goalkeepers that we gave him a chance to remain in Italy,” was Wenger’s explanation. “I think that it’s very good for his future because he will certainly take over from Buffon.”

If Wenger’s argument is that Arsenal already have enough “top-class” goalkeepers at the club, it’s a debatable one. Petr Cech’s form has come in for criticism since the start of last season, while David Ospina has certainly become less and less useful. Emiliano Martinez is still one for the future, but with no guarantee that he will ever become Arsenal’s first-choice goalkeeper.

For a manager who so famously keeps faith in his fringe players, a Stockholm syndrome for just-not-quite-elite footballers, Wenger’s patience was exhausted by Szczesny. Kieran Gibbs is still at Arsenal; Alex Oxlade-Chamberlain is still at Arsenal; Theo Walcott is still at Arsenal; Szczesny returned to the club in May, was told he wouldn’t compete to be No. 1 in June and leaves in July. Wenger has taken five years to make similar decisions.