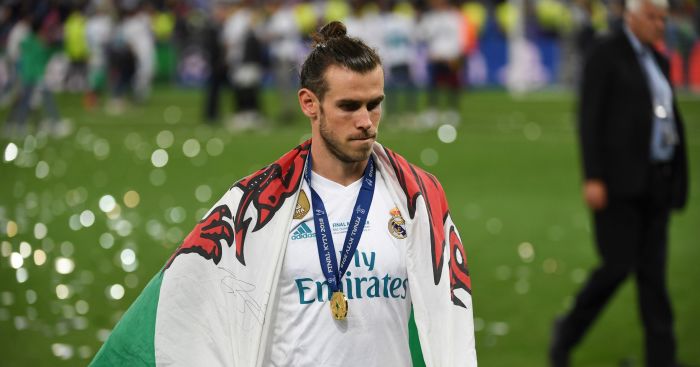 Real Madrid’s friendly defeat against Manchester United in Miami last night lifted the curtain on a new era for the club. It was the first time new manager Julen Lopetegui has taken charge of the side, and was the club’s first outing since the departure of one of the greatest players in their history, Cristiano Ronaldo.

The game itself carried absolutely no significance, and no serious conclusions can be drawn from a fixture that means nothing to either side. Both sides were missing a host of first-team players, particularly those who had featured in the latter stages of the World Cup, and many youngsters and fringe players were involved.

It was interesting to see Brazilian youngster Vinícius feature alongside Gareth Bale and Karim Benzema in Real Madrid’s attack, but this can’t yet be considered a true indication of Lopetegui’s plans for the upcoming campaign – at least not until the transfer window closes on 31st August.

Whether or not there are any incomings or outgoings during this time remains to be seen, and judging by the recent quotes from Lopetegui, there may not be any fresh faces arriving at the Bernabéu this summer. The new boss stated how impressed he had been with Bale and Benzema in training, saying “if this is the squad I have this season I will be happy.”

We can only speculate as to whether Lopetegui made these comments to boost the morale of two players who have endured periods of difficulty over the last few season, or whether he wanted to manage the expectations of the fans who are demanding marquee signings.

Whatever his intentions, there can be no denying that most of Madrid’s fanbase would not be happy in the slightest if this is his squad for the season, and with good reason.

Even before the sale of Ronaldo to Juventus, there was talk of big-money moves for the likes of Neymar, Eden Hazard, Kylian Mbappé and Robert Lewandowski. At the moment, none of those players appears to be close to joining, and the clock is ticking on the transfer window.

As it stands, they are a much weaker than they were this time last year, and to make matters worse, the two sides that finished above them in the league last season have both got stronger. Champions Barcelona have added Clément Lenglet, Malcom and Arthur to bolster their ranks, while Atlético Madrid have strengthened their squad with the signings of Rodri, Thomas Lemar and Gelson Martins.

Real Madrid, meanwhile, have added Vinícius, who is most likely to be considered a prospect for the future rather than a regular first-team starter, and right-back Álvaro Odriozola, who will compete for a place with Dani Carvajal and Nacho. Both are fine signings, but the hole left by Ronaldo’s departure remains unfilled, and it is left to be seen whether the form and fitness of Bale and Benzema can be relied upon to soften the impact of his exit.

Although Real Madrid have a reputation for spending big, in fact they have spent far less than Barça and Atleti over the last few seasons. The time has come for Real Madrid president Florentino Pérez to splash out to prevent them falling even further behind.

Madrid fans will just about tolerate finishing third in the league if they win the Champions League,

but there are no guarantees of further success on the European stage, despite their recent domination in the competition. Indeed, it will be significantly harder this year without Ronaldo, who contributed a phenomenal 43 goals in his 38 games across their last three Champions League campaigns, all of which resulted in Madrid lifting the trophy.

Unless at least one established, big-name signing is made, Real Madrid cannot realistically hope to challenge for titles at home or abroad in the upcoming campaign, and the goodwill of the fans will rapidly dissipate. The new season begins in just over two weeks – if they don’t act now, they could find themselves on the back foot before a ball has even been kicked.