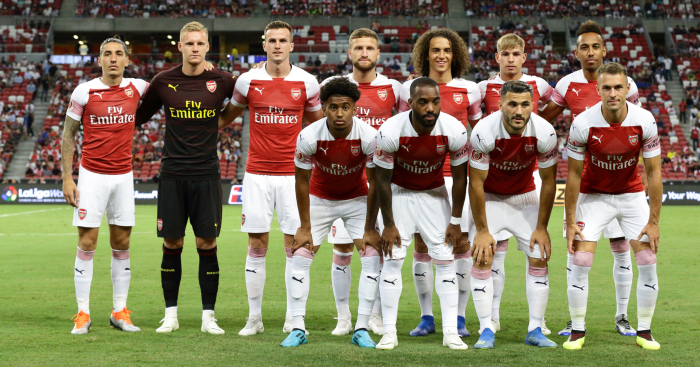 The headline became folklore: ‘Arsene Who?’

The Evening Standard was roundly mocked with the aid of two, five, 10 and 20 years worth of hindsight for their front page after Arsenal appointed their first ever foreign manager in 1996. But what would now be described as a ‘hot take’ only reflected the mood. They had caught everyone off guard.

Vice-chairman David Dein had watched Arsenal grow stale and unimaginative, 12th in the Premier League the season before George Graham’s departure and then merely bobbing along under Stewart Houston and Bruce Rioch. While Arsenal had been treading water, persuading themselves that what had always worked could still work again, they were being passed in the outside lane. Dein understood earlier than most at Highbury the need to try something new to lift the suffocating apathy. Having failed to get Wenger appointed in 1995, he got his way the following year.

A vote for Wenger was a vote for change.

Twenty-two years later, Arsenal faced a similar quandary. Highbury had gone, Dein had gone and four or five different teams had gone. This time, Wenger played the role of tired king rather than crown prince.

Despite some unpleasant treatment, ‘Wenger In’ and ‘Wenger Out’ was never an attack on one man but a long deliberation over a vote for change. For all the posturing and social media anger, no reasonable Arsenal supporter wished Wenger ill nor wanted him to fail. Instead, the two diverse camps disagreed on one principle: Someone else might be better; someone else might be worse.

For at least five years under Wenger, Arsenal had been anti-change; proudly so. Wenger continued to talk up the benefits of squad cohesion as an explanation for a lack of transfer activity while his side displayed less and less of it on the field. Arsenal had been submerged into a comfort zone. Training, scouting, tactics and recruitment were all stained by the experience.

In the end, Wenger’s own performance answered the ‘change’ debate and skewed the vote. It was not the decline itself that most frustrated supporters and eventually the club, but its predictability. Groundhog days became groundhog months, transfer windows and seasons. ‘Be careful what you wish for’, that lofty six-word warning used predominantly to patronise loyal supporters, was conspicuously absent.

A vote for Wenger was a vote against change. And change was needed.

A cynic might ask how much has actually changed at Arsenal from last season to this. They are still the sixth favourites for the title, still outsiders to finish in the top four and their odds for both have virtually doubled. Transfer funds are still limited, and the squad still has obvious flaws.

There’s hardly universal agreement regarding the manager, either. Many would have preferred a pure coach – albeit a novice one – in Mikel Arteta or Julian Nagelsmann, others a younger, more proactive manager like Thomas Tuchel. Massimo Allegri came close to the position, and has enjoyed far more recent success than Unai Emery.

Anyone who thinks the same would have happened without a change of manager hasn’t been watching closely enough. The arrival of Sven Mislintat and Raul Sanllehi made this possible, but Wenger remained deeply loyal to senior players. At his most stubborn, Wenger saw replacing them as an act of betrayal. Emery has less loyalty.

As with England under Gareth Southgate, the identity of the new manager might just be less important than the commitment to change itself. As with England, supporter apathy had been provoked by mismanagement from the top down that had eventually been portrayed on the pitch. A change of manager means fresh ideas, new approaches and updated ways of operating that can stir things within players that have been allowed to go dormant. Arsenal’s players will be challenged again.

Emery is also unlikely to suffer the same fate as David Moyes, tasked with following English football’s other great modern dynastic leader. Moyes came from Everton, had never won a trophy and took over the Premier League champions. Emery ultimately failed at Paris Saint-Germain, but earned that job through notable success at Sevilla. He is tasked with addressing a slump rather than continuing a heyday.

As with England, the knock-on effect is a bridging of the gap between supporters and team. Most of the empty seats at the Emirates that haunted Wenger’s final months will be full. Last season’s nadir came in their third league match of the season, a 4-0 dismantling by Liverpool during which Wenger’s players seemed sculpted in their manager’s miserable guise: careless, gutless, helpless. Moods can shift like the wind when structural change is effected. This club is hopefully, finally, on the turn.

Nobody can predict with any certainty how Arsenal will do this season. They have arguably the best centre forward pair in the country, new energy in midfield and a wonderful creator looking to find comfort after an explosive World Cup and its aftermath. They have a new goalkeeper, new defenders, new manager and perhaps a new formation too.

That is not to say that results this season do not matter. A football supporter’s happiness will forever be swayed by results, and Emery must prove that he is the right manager to steer Arsenal from the bottom of their parabola. So far, he has achieved nought. Many will remain sceptical.

But if nothing else, this is change. There are two ways of dealing with the unknown: fear or embrace it. “I don’t know” is the hardest thing to admit, but with an open mind it can quickly become “I want to find out”. After years of anger turning into bitterness turning into limp apathy, few are ready to embrace change as much as Arsenal supporters and fewer still are less fearful of the unknown.