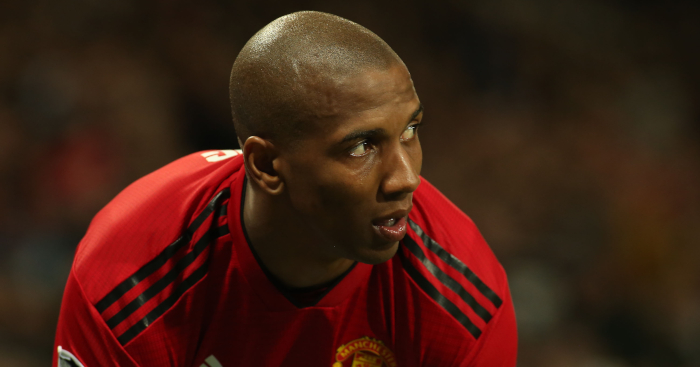 It’s a sign of Manchester United’s status in 2019 that Steve McManaman spent the majority of the clash with Barcelona telling us that United were the “better team” and remarking that Lionel Messi was “human after all” as he was clearly having an “off night”. This was the Manchester United who failed to record a single shot on target at home; this was the off-colour Lionel Messi whose sumptuous cross led to the only goal of the game. In 2019, even the worst of Barcelona can beat the best of Manchester United without ever really breaking sweat.

Frighteningly, this was the best of United. They were energetic, organised and looked dangerous when they broke at speed. The central midfield of Fred and Scott McTominay was both compact and combative, Chris Smalling delivered on his promise to relish a potentially one-sided clash with Messi, and Diogo Dalot combined defensive and attacking duties on his ‘wrong’ side with the confidence of a footballer with considerably more experience. And yet they did not once test the Barcelona goalkeeper on a night when the Spanish side were incredibly poor by their own impossible standards. The suspicion is that they will not be this poor again and United have missed their chance to draw blood.

Standards have dropped so far since United lost to Barcelona in the 2011 final that many fans were simply happy to avoid a shellacking, keen to laud the performances of fringe players and not dwell too long on the fact that United created only one real chance in 90 minutes at Old Trafford, a header Dalot inexplicably put back across goal. For all the pressing, for all the energy, for all the endeavour, this was akin to Brighton restricting a below-par Manchester City to a 1-0 defeat. Pats on the head all around.

What could not be hidden by positive talk of United’s disciplined performance was a chronic lack of quality in the final third. When Darren Fletcher described one cross from Ashley Young as “strange”, who among those watching did not laugh? What would truly have been ‘strange’ was a cross that found a teammate, for that cross was one of 11 that did not reach its target. Young may bemoan a lack of bodies in the box, but in truth this was a tale of a 33-year-old former winger who should be nowhere near any United side. Not even this United side.

There was consternation among United fans when the club paid a considerable sum of money for Young in 2011, and the player himself admitted that it would be a “challenge” to establish himself in a team that had just reached the Champions League final. That he is their first-choice right-back almost eight years later should be a source of shame to those who have been charged with making decisions at Old Trafford over that period of sharp decline.

It’s painfully clear that United need to spend money this summer to take steps towards the European elite again, to go into such games as something other than the underdog, to not feel like playing five defenders is their only option even at Old Trafford, to not start games so passively that even a poor Barcelona side could not fail to score an early goal. United have not won a single game this season which they have started with a back three/five, and they have now tried seven times. It was a mistake from Ole Gunnar Solskjaer and yet you could see why he made that mistake; for all his bombastic talk of United’s storied history, he knows that this team currently lacks the quality to make the future look like anything but a pale imitation of the past.

There were positives even in defeat, and even in such a toothless defeat. But it’s a sad day when Manchester United go into a Champions League quarter-final looking for positives rather than a result.