Home F365 Says F365 Says: Big Six must help each other to help themselves 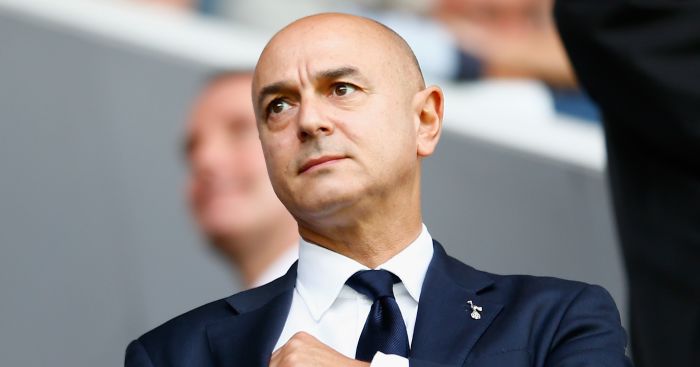 While money continues to slosh around the Premier League as the transfer window careers towards its premature conclusion, several players – and clubs – remain in limbo.

The sky-high Premier League broadcast deal means only the continent’s superclubs can match Premier League wages. Throw in the well-intentioned but self-defeating early closure of the English transfer window, a refusal to sell without time to replace and a reluctance to deal with perceived rivals, and you reach an impasse.

All but a handful of European clubs are unable to afford Premier League players, and even if they do want them they have no compelling reason to sign them now when their own transfer deadline isn’t for three weeks and the prices are only likely to fall.

With limits on squad sizes and homegrown quotas to be filled, stockpiling players is not the option it once was, but nor too is a sell-before-you-buy policy. That leads you to the place Tottenham now find themselves stranded in.

With barely 24 hours left of the transfer window, Tottenham are yet to sign a single player. They haven’t finished their stadium, either, but let’s not worry about that. Manchester United have also endured a frustrating summer, not that Jose Mourinho is one to moan about it.

Other clubs have managed to sort their incomings, but now find themselves with unwanted players they can’t shift. Arsenal need to move on Danny Welbeck and David Ospina, and may have to accept whatever they can get from elsewhere after the English deadline has passed.

United can’t get shot of Marcos Rojo and can’t decide what to do about Anthony Martial. Danny Drinkwater is still at Chelsea despite Stamford Bridge housing an almost comical number of central midfielders.

At Spurs, Toby Alderweireld, Danny Rose and Mousa Dembele have been available all summer. They are all first-team players. They all have much to offer. They would all do a job for plenty of other sides. They are all still at Tottenham, clogging up places earmarked for new arrivals.

Daniel Levy has been enormously reluctant to sell any first-team player to a domestic rival since the sales of Michael Carrick and Dimitar Berbatov to Manchester United and Robbie Keane to Liverpool. He resisted Chelsea’s concerted efforts to sign Luka Modric, eventually selling him a year later to Real Madrid. Gareth Bale went the same way.

The mood is changing again.

Last summer Tottenham sold Kyle Walker to Manchester City in a deal that worked out for everyone. Spurs had a replacement in the squad; City got the best right-back in the league. Most importantly, though, Spurs were paid through the nose for their trouble.

Others among the top six have also sensed the change. Nemanja Matic’s move from Chelsea to Manchester United was another example, so too Alex Oxlade-Chamberlain to Liverpool and the Henrikh Mkhitaryan-Alexis Sanchez swap deal in January.

But it may need to happen more often still to prevent logjam.

Manchester United, for their part, have reportedly been reluctant to consider any interest from Tottenham in Anthony Martial, even if doing so might help get a move for Alderweireld over the line. The reasoning is superficially sound, but may ultimately be self-defeating. Are United stronger with Alderweireld or an unhappy Martial? And likewise for Tottenham with roles reversed.

Real-world transfers are infinitely more complex than internet chatter and wishlists, but it remains a shame for all concerned that nothing could be worked out. And is selling to a rival really such a bad thing anyway?

If Manchester United want to win the league, for instance, Martial potentially helping Tottenham take points off the other contenders is surely of greater significance than what he might do in two games against United.

What every club is – or should be – is a trading club. At some point, even the very biggest clubs run out of space. Without sales there can be no purchases. Tottenham in particular seem to have become so averse to being a “selling club” that they’re no longer a “buying club” either. Paralysis has set in.

Selling to a direct rival may initially sting a little more than dispatching players overseas, but it’s becoming increasingly necessary as the Premier League becomes an ever-more isolated, ever-more self-contained market – especially at its outer limits.

The paradox as the transfer window shuts is that the Premier League clubs are approaching a point where they have so much money they may find themselves unable to spend it.