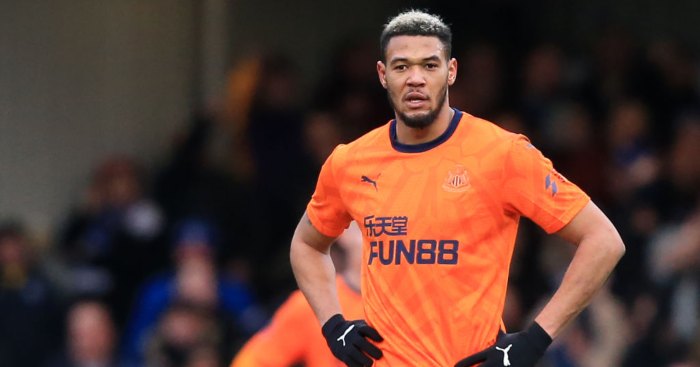 Steve Bruce should consider himself bloody lucky he’s not ‘that guy’. Despite vowing repeatedly to change Newcastle’s recent history of phoning in their domestic cup competitions, Bruce takes the Magpies back to the North East this afternoon with their tail between their legs once more and the Toon Army’s chants of ‘we’re f*cking sh*t’ still ringing in their ears.

But relief is unlikely to Bruce’s most prominent emotion as they make that journey across the M62 and back up the A1. Like the fans making the same trek, the Newcastle manager will be furious.

Bruce did everything he could to change Newcastle’s FA Cup misfortune. Not since Mike Ashley bought the club in 2007 have they reached the fifth round. In 13 years, they Magpies have been shot down in the third round seven times and on six occasions in the fourth round. Ashley’s presence is no coincidence; Bruce’s predecessors have barely hidden their disdain for the cups but many of them took their lead from the owner, who prioritises the glory of a first trophy since before Bruce was born far, far below the financial reward of sitting snugly in the Premier League.

Ashley’s latest manager thinks differently and one of the first steps of his charm offensive to get sceptical Newcastle fans onside was to emphasise his desire to embrace the cup competitions in which they have performed so miserably. He repeated that vow this week and his team selection at Spotland echoed those sentiments.

While many of his Premier League counterparts will be looking to rest as many of their weary troops as they can get away with this weekend, Bruce chose a strong side at Spotland. “We’ve got enough people out there to ensure we get through,” he said before kick off and for an hour, that seemed to be the case.

Rochdale looked thoroughly confused in the first half and Newcastle were quick to seize upon the hosts’ apparent stage fright. Dale took a very strong Manchester United side to a penalty shoot-out in the Carabao Cup while outplaying the Red Devils for periods at Old Trafford. The Theatre of Dreams held no fear for the League One side but Brian-Barry Murphy’s men seemed strangely reluctant to show similar swagger upon Newcastle’s visit.

Bruce and Newcastle deserved credit for subduing their hosts with a business-like performance which made the threat of a giant-killing appear remote by the break, when the Magpies led by Miguel Almiron’s second goal for the club. The only concern for Bruce at half-time was the slender nature of their advantage given the dominance they displayed. It was not as though they didn’t create chances – Yoshinori Muto, DeAndre Yedlin and Joelinton all wasted good opportunities while Yedlin could have been mistaken for peak Cafu all the while he was given the freedom of the right flank.

When Newcastle began to cave, it was Joelinton who bore the brunt of the Toon Army’s frustration. It was he who gave the ball away – yet again – and his lack of urgency to win it back was pounced upon by the visiting supporters. Almiron has been afforded a year’s worth of patience while he waited to play any role in a Newcastle goal because at least the former record-signing continued to graft even if it went unrewarded. Joelinton will not get similar grace without quickly bucking up his ideas.

Perhaps the £40million summer signing’s brood is understandable. Joelinton arrived on Tyneside as the answer to Newcastle’s long-standing goalscoring problems, grabbing the No.9 short when it was offered to him. The new Alan Shearer? “I never saw him play, not even in videos,” he admitted then, which seems abundantly clear now.

Literally the last thing we needed but exactly what we deserved after that 2nd half performance. Game should have been out of sight at half time. I didn’t think it was possible but Joelinton is getting worse 🤦‍♀️ #nufc

Joelinton’s solitary Premier League goal and even more so his wretched form makes you wonder exactly why Ashley was so willing to smash the club’s transfer record in July. The 23-year-old averaged a goal every four games in two seasons in Germany with Hoffenheim and another in Austria with Rapid Vienna. With neither club did he ever score more than seven goals a season. He had five by last February when Lee Charnley said Newcastle agreed the deal. Whatever Ashley and his scouts saw in Joelinton to make him get his wad out, it is not clear to the rest of us.

The contrast with Aaron Wilbraham did Joelinton few favours. Dale’s half-time substitute came off the bench at half-time and just by ruffling a few Magpie feathers, the 40-year-old No.18 looked twice centre-forward Newcastle’s £40million No.9 did. Wilbraham in his 674th game – all but 15 played outside the top flight – made only seven fewer touches than Joelinton but won more than double the number of aerial challenges in half the time on the pitch. Wilbraham was ruthless with his only shot on goal; Joelinton was toothless with six.

“We should have been out of sight and therein lies our big problem – we don’t score often enough,” admitted Bruce immediately after the final whistle. Most managers would be able to make a strong enough case for January investment in his forward line but Ashley is unlikely to open his wallet again having spent £75million on Newcastle’s first-choice front three. All Bruce can do is hope Joelinton stumbles upon some unexpected form otherwise, similarly to his predecessors, the FA Cup could be the least of his problems.