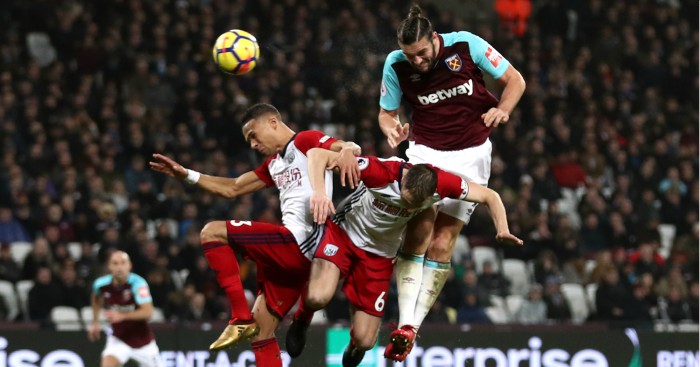 The one thing seemingly everyone agrees upon is that Chelsea need another striker. The consensus is not so clear when it comes to how Chelsea are going to solve that problem.

The Carabao Cup semi-final first leg against Arsenal on Wednesday night represented their third straight draw and their third goalless stalemate in six games. For the first time in over five years Chelsea have been involved in consecutive goalless draws.

Against Arsenal, with whom they have shared four draws this season, Eden Hazard was kept quiet, which basically means that Chelsea were subdued. When their talisman has struggled to spark, there has been very little in the way of an alternative route to goal.

Earlier in the season, Alvaro Morata shared the burden with the Belgium star but, midway through his debut season in the Premier League, the Spain striker looks desperately in need of either a goal or a break. Ideally, both. But, as Daniel Storey wrote on Wednesday night, Conte currently has little choice but to play the centre-forward until his luck changes and his output improves.

Of course, Chelsea have the opportunity to provoke Morata this month, but the Blues boss has been at pains to point out how little input he really has on the club’s transfer activity: “It’s the club that signs the players, not me,” he said last week. “Recruitment is not my job.”

That was his response to a question about Chelsea’s level of interest in Andy Carroll. The West Ham striker is said to be among the club’s targets for this month, with Conte reportedly having requested a centre-forward, a centre-back and a left-back in addition to Chelsea’s recruitment of Ross Barkley.

The purchase of Barkley was met with some wariness, while the speculation surrounding Carroll has been greeted with even more furrowed eyebrows.

No one is suggesting that Carroll represents the perfect solution. But in the short term, those pouring scorn are doing so without offering any better alternatives.

“He wouldn’t be my choice,” Pat Nevin said on BBC 5 Live last night. “Purely because the way Chelsea play is very intricate most of the time and he’s more of a hold-up player.”

Former centre-forward Shaun Goater said something similar to Sky Sports: “For me it’s a strange one.

“Andy Carroll’s that sort of player, he’s the best at attacking the ball when it’s put in the box. But when I think about Chelsea I see slick play, I see inter-changing, I see through ball.”

There seems to be some misconception over how Chelsea play under Conte. They won the title last term – and two seasons prior to that – with a man beast leading the line, feeding on whatever was thrown his way, and Morata’s success prior to his slump came as a target man.

The £60million summer recruit has scored more headed goals than anyone in Europe this season, with six of his 10 strikes coming off his bonce. Only Sergio Aguero has notched more than half the number of Morata’s headed goals in the Premier League.

That tally does not tally with the notion that Chelsea rely on an intricate, passing style of football. Of course, the way Hazard carries and distributes the ball offers them that option, as does Morata’s deceptive pace, but Conte’s is a team that relies just as heavily on the ball being delivered into the box.

Only Manchester United have put more crosses into the opposition penalty area in open play this season, and they have scored another seven headed goals in addition to Morata’s haul. That makes a total of 13 goals from headers – four more than any other side.

Are they not the conditions in which Carroll would thrive? While insisting that the West Ham battering ram would not be his choice, even Nevin admitted: “Carroll is great at attacking balls into the box, perhaps the best in the business.”

The two other strikers most recently linked with the Blues – Fernando Llorente and Christian Benteke – suggests Conte is indeed looking for a striker of Carroll’s ilk. Llorente ended up at Tottenham, while Benteke clearly cannot be spared by Crystal Palace, who need to sign rather than sell strikers.

That leaves Carroll as the best available option. And nobody is suggesting that he is anything more.

Carroll needs no time to acclimatise to the Premier League; he is a proven centre-forward in the mould Chelsea require to stand in for Morata; he would surely accept the role given that this represents an upgrade on his current status; he would be available for the Champions League; and, with the World Cup mere months away, he could not hope for a better platform to stake his claim for what is an admittedly unlikely England recall?

Of course, the big question surrounding Carroll is his fitness record. According to transfermarkt, the 29-year-old has missed 114 matches due to injury since joining the Hammers from Liverpool in 2012. But those doubts are why he would be attainable for a reasonable fee. Carroll claims he has matured, he has “become a little bit more clever” in his style of play, and he has taken steps to address his body’s resilience. The Geordie admits to once being “a big drinker” but now? “Alcohol is not the cause. Now I am doing whatever I can.”

While Chelsea need Carroll to be available, they do not need him to play 50 games a season which, as things stand, is what they need from Morata. The former Real Madrid and Juventus striker is a mere 24 minutes from equalling his highest number of league minutes in a season. He’s clearly  knackered and there is still the business half of the campaign still remaining.

Morata needs both back-up and competition. In the short term, Andy Carroll is as well placed as anyone to meet those needs.