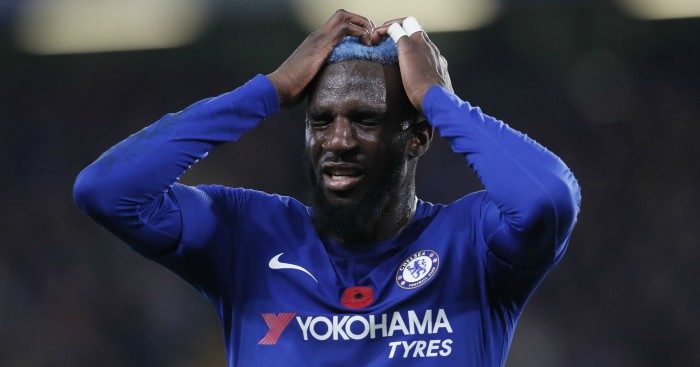 Antonio Conte’s gripes fell mostly on deaf ears. The Italian has made moaning about his club’s ineffectiveness in the transfer market his forte over his last two club jobs. But when the manager of Chelsea complains about financial inequality, supporters of at least 80 professional clubs in England roll their eyes as one. The irony was not lost on many.

Conte is right to an extent, of course. His insistence that Chelsea cannot afford a Neymar, a Paul Pogba or a Kylian Mbappe is true, and he might even be correct in saying that they cannot afford to compete with Manchester United for Alexis Sanchez’ wages. United have the highest revenue in the world at €676.3m; Chelsea’s revenue is approximately €250m less. These are big differences, and Roman Abramovich is no longer happy to give financial carte blanche to his managers.

If Conte’s fear is that Manchester may become home to the Premier League’s Big Two – after a season during which the Big Six have become even further established – this was a night to back him on that suspicion. Arsenal were weak in the first half but at least demonstrated the grit to get back into the tie and eventually make the final. Chelsea looked superb in the first 30 minutes and then ran out of steam and ideas. That has too often been the case this season. The flaws in both squads are clear.

The defending Premier League champions have gone backwards, and not just because their peers have improved. The suspicion is that the Manchester clubs, with their long-term managers and financial might, may walk off into the distance, squabbling between each other all the way. But it would be ludicrous to play down Chelsea’s spending. This is hardly a team built on the cheap. It is not that Chelsea haven’t spent, but that they have spent badly.

Improving the depth of the squad was viewed as vital by Conte ahead of Champions League participation, but buying squad players is harder than purchasing first-teamers. Likely back-ups at Chelsea are still first-choice at the selling clubs, and so fees tend to be high and value for money low. Chelsea are learning that the hard way.

Tellingly, three of the aforementioned eight were introduced as substitutes by Conte on Wednesday, two of them after Arsenal had taken the lead with their second deflected goal of the evening. Barkley was almost entirely ineffective but is still working on match fitness, Zappacosta is barely an upgrade on Victor Moses and Batshuayi is unwanted and will be loaned out at the earliest reasonable opportunity. These were supposed to be Chelsea’s game-changers.

The others tell their own tale of woe. Morata is the club’s record purchase, but the striker’s confidence looks shot and the pursuit of Edin Dzeko represents a desire for competition as much as back-up. Luiz is semi-permanently on the naughty step and Antonio Rudiger is probably behind Andreas Christensen in the pecking order.

Yet nowhere is Chelsea’s wastage more obvious than in central midfield. They spent £35m on Drinkwater, who is unlikely to make England’s World Cup squad and whose most memorable contribution so far at Chelsea was insisting on December 30 that they could still win the title. Even more was spent on Bakayoko, who has perfected the art of looking busy without actually doing anything. His special move is reacting in anger towards the officials after giving away yet another free-kick having been caught out of position. At some point, the anger might be better directed at himself.

Long-term injuries to Nathaniel Chalobah and Ruben Loftus-Cheek will allow Chelsea to escape unfavourable comparisons. But it’s only fair to wonder if that pair could not have been kept on at Chelsea, performed at a similar level to Drinkwater and Bakayoko and allowed that £75m to be spent elsewhere. There’s no doubt, in hindsight.

This is a Chelsea failure as much as an Antonio Conte failure. The Italian has made no secret of his frustration – although it wasn’t Abramovich who texted Diego Costa last June – and it looks increasingly likely that Chelsea will be looking for their 11th manager in as many years this summer. At which point they start the same old cycle again: new manager, new ideas, new transfer targets, new arguments about whether to sign ready-made stars or players with re-sale value.

Therein lies Chelsea’s problem: a club with a long-term vision just can’t shake its short-term reputation. If Chelsea truly cannot compete financially with Manchester’s finest, they must start being a lot smarter with their smaller budget.