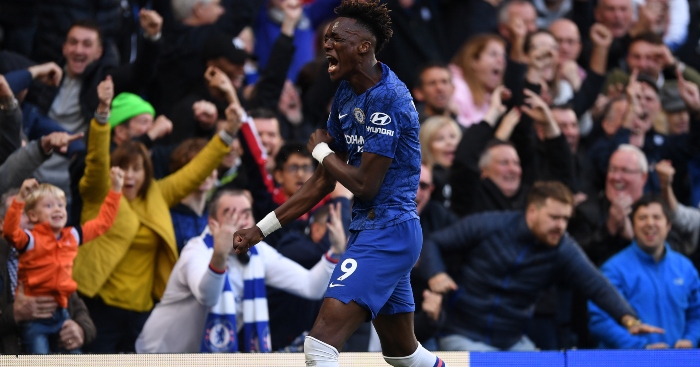 What started as a step into the unknown has become one of the Premier League’s feel good stories. This was supposed to be Chelsea’s year of transition – that was the deal: Frank Lampard was coming back to make everything better, but the learning curve, with its short-term pain, would have to come first.

It hasn’t really been like that; so far, while obviously not perfect, Chelsea’s transition has been relatively smooth. Whatever deficiencies they do show are also excusable on account of their youth. If the price of seeing Callum Hudson-Odoi, Mason Mount, Tammy Abraham and Fikayo Tomori grow together is the occasional soft goal or flash of naivety then, according to a bouncing Stamford Bridge, it’s one worth paying.

The win over Newcastle did have some of those flaws. The visitors had their moments in this game, particularly in the first half. Twice Allan Saint-Maximim – head down, legs whirring – raced through Chelsea’s midfield, only for the moves to die a ponderous death. Later in the half, Joelinton couldn’t quite crane his neck around a cross that Saint-Maximim stood up to the back-post.

So Newcastle did some nice things and a slightly more efficient side may have taken points from this game.

But that wasn’t really the story – on Saturday, or in general. Instead, it’s that this Chelsea side exist in such a different atmosphere to their predecessors. Because those teams were typically constructed from hired parts, the emphasis was rarely on anything other than their immediate function. Reasonably so. Given Roman Abramovich’s willingness to ditch players or coaches who weren’t performing, where was the need to dwell on anything else?

Now, there’s more tolerance for imperfection. Also a willingness to treat players as evolving entities who won’t just be replaced by someone shinier at season’s end. And the team itself seems to be surrounded by that benevolence, too.

The excitement of a cutting, Hudson-Odoi run, for instance, seems to linger longer in the stands than any dissatisfaction over a misplaced pass or a free-header being allowed. On Saturday, that was of great value, because Chelsea’s goal took a very long time to come.

Against one of the Premier League’s notionally weaker sides, it was easy to imagine this performance – at a different time, under different direction – being quite provocative. This would have been one of those days when entitlement leaked onto the pitch and the opposition fed off the crowd’s irritation. As it was, Chelsea continued to gently ask their questions.

Kurt Zouma hit the bar from a thumping header. A Hudson-Odoi cross-shot just drifted past the post. A Christian Pulisic prod was brilliantly saved by Martin Dubravka.

They never became inhibited though. Or desperate. When the goal came, it was measured and well-worked. Starting with fine work from substitute Pulisic, the ball was shuffled across the box to Hudson-Odoi, before his set-up was drilled across Dubravka and home by Marcos Alonso.

Those layers were also subtly descriptive of the mood. Neither Pulisic nor Alonso has really benefitted from Lampard’s appointment and, again during different eras, could well have formed one of those muttering cabals that so often spring up in these parts. That neither of their situations has become political is indicative of the pressure valve having been released at Chelsea. It was also testament to the worth of that richer air and the value of something slightly less toxic.

Fear must be the biggest obstacle for a young player. Getting into a team is difficult, staying there is even harder – and that’s likely because they’re rarely afforded the opportunity to learn. They aren’t allowed to make mistakes on the pitch. They’re dragged back to the bench at the first opportunity.

So where Lampard appears to have been successful is in removing that inhibition. It helps that all these players are talented and popular with supporters, but his faith is more important. It means that the likes of Mount, Hudson-Odoi and Abraham keep expressing themselves as time ticks away, and they aren’t afraid to take risks with the ball or miss chances. They look freer, even when games get awkward.

And this was an awkward game. But another one which Chelsea have come through, thanks – in no small part – to a new, incubating culture which continues to nourish this young side.