What next for Man Utd? The answer is even less clear than it appeared before the Newcastle thriller... 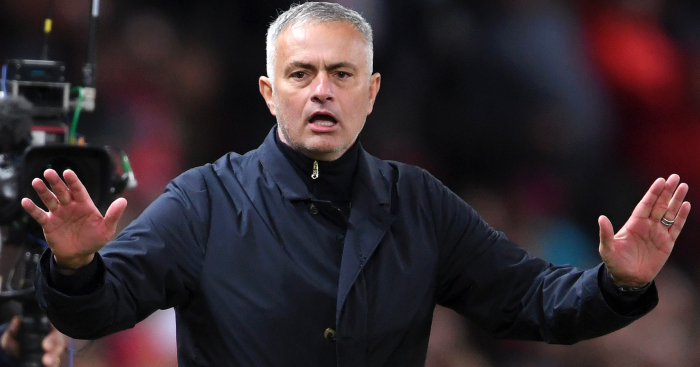 Where next for Manchester United? That is the question that has been asked seemingly more than any other of late. Bizarrely, the thrilling come-from-behind victory over Newcastle leaves the club even further away from an answer that at any point in an already head-scratching season.

It seemed that clarity was edging closer 24 hours before Jose Mourinho’s men kicked-off at Old Trafford. On Friday night, The Mirror published their exclusive story, based on information from ‘senior United sources’, that a decisive change was in the offing. Regardless of what his team did against the Magpies, Mourinho would be gone by the end of the weekend.

Other club officials were up early on Saturday to offer a rebuttal, but the United hierarchy’s shameful track record of briefing media before manager when the axe was dangling made it a difficult denial to swallow. Such stories are not published on a whim or without a tip and Mourinho still had the look of a dead man walking when he strolled down the touchline to his bench.

If there was doubt surrounding the board’s position on the manager, the players’ stance appeared absolutely crystal clear if their first-half performance was any indication. However farcical the off-field circus had become, that was nothing compared to the sham on the pitch and if, as reports had suggested, the players wanted Mourinho gone, unlike the board, they didn’t even bother trying to hide it.

Newcastle have not held a lead in the Premier League all season but within 10 minutes they had plundered a two-goal advantage. The division’s joint-lowest scorers averaged seven shots per game during their opening eight matches but by half-time at Old Trafford, Rafael Benitez’s side had nine attempts. If his players were intent on sealing Mourinho’s fate, they lacked the nous to be subtle about it.

Benitez’s men should have been 3-0 in front by the time Mourinho got the chance to look his players in the eye to see if they could muster a glance back in his direction. David de Gea’s point-blank save from Yoshinori Muto denied Newcastle an advantage that even they might feel comfortable with. A two-goal deficit, though, never settled the Toon, who didn’t get the points they needed but deserve credit and some confidence to take from their evening’s work.

In the end, so too do United. But who claims the bulk of it?

The change in the players’ approach was clear almost immediately in the second half, when their passing was crisper and determination far more evident even if the quality was too often lacking. What prompted that improvement is unclear. Did it come from an intrinsic desire to spare their own blushes and restore some woefully-absent pride, or was it timely evidence that Mourinho can still inspire this group?

"This is not about me or the players…this is about the club."

"I am 55 years old and this is the first man hunt I have seen in football." 👀

Unlike his players for much of the evening, the manager could not be accused of lacking spirit or energy. Mourinho appeared to realise what was on the line as he paced it demonstratively. If he was going out, it was not to be without a fight.

He made a decisive change of his own before the 20-minute mark, replacing the dreadful Eric Bailly with Juan Mata while shifting Scott McTominay in the direction of his defence again. It was a move that baffled the players last week at West Ham, despite Mourinho explaining his thinking clearly after the defeat at the London Stadium. A week appeared to do little, though, for McTominay, who was as wretched as the rest before he was hooked at half-time, but you could not accuse the youngster of a lacking effort, even if his confidence was clearly shot.

McTominay made way for Marouane Fellaini as Mourinho went all in with a back three of Chris Smalling, Paul Pogba and Nemanja Matic. It had the look of Mourinho’s last Hail Mary, but his players, by the skin of their teeth, dragged themselves into the end zone.

United’s three goals came from significant sources. Mata, the first substitute, made the desired difference to halve Newcastle’s lead, before two of the players with most to gain from a change in manager, Pogba and Anthony Martial, combined to strengthen Mourinho’s hand with an equaliser. The winner was scored by perhaps the most unlikely hero: Alexis Sanchez, who supposedly was finished under the current boss.

The victory and the manner of its arrival leaves the Old Trafford crowd as confused as ever. Their backing for Mourinho over the board was evident, as was the manager’s appreciation. Now it will take the kind of gumption that Woodward seems to lack to follow through with his supposed plan of firing the manager, if indeed that was the intention.

The players can decide if this is just a temporary stay of execution. If Mourinho is right and the squad performs not for the manager but the club and themselves, then at this junction, the likes of Pogba, Martial and Sanchez could still take United around the corner, rather than continuing full throttle towards the edge of the cliff.

It is in everyone’s interest to make this victory a turning point. The second half offered a glimpse of what United can do without Mourinho’s handbrake being applied so tightly, while the players have to realise that it is in their best interests to perform, whatever their primary motivation. In which case, they have little choice but to knuckle down for the manager.

That leaves Woodward. He either decides to back Mourinho with a clear signal of intent and some significant funds for remedial work in January – the form of which the manager decides, not him – or not. The way he was craning his neck to see the reaction to Mourinho as the manager exited the stage upon the final whistle suggested he can still be swayed.

This victory was a breathless conclusion to a chaotic fortnight at Old Trafford. The international break creates a void which the key protagonists can fill one of two ways: the in-fighting and back-biting could continue at a distance; or each separate faction can use the time and space to reflect before reconvening for the Chelsea trip in a more united manner. One is the hope, the other is the expectation.