Sneaky it may have been, but Danny Rose is looking after No. 1. Is that really any more than an inevitability? 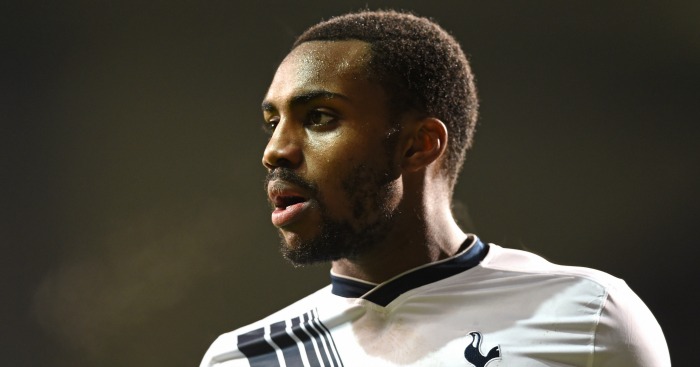 It may have been Danny Rose’s sensational – and for once that term is appropriate – interview with The Sun published on Wednesday evening, but this is a Tottenham problem that started with Walker. The pair are good friends, have been teammates since 2009 and share the same agent, Mark Rankine. Rankine happens to be Rose’s uncle.

In fact, the relationship goes back further than that, to their childhood when they would face each other in matches as children. “For away games they are always sat close to each other,” Walker told Sky Sports in January, discussing his and Rose’s father. “We’ll go to say hello after games and they’re stood there having a laugh. It’s a good relationship.”

So when Walker doubled his salary and significantly improved his chances of winning trophies, it won’t have taken Rose long to wonder. If people keep telling you that you are the best left-back in England, eventually you want it to mean more than mere words.

In January, Rankine spoke to the Evening Standard about Rose and Walker. One line now takes on added resonance: “They drive each other on. If Kyle is playing well, Danny looks across from the other side of the pitch and wants to match him.” Or the other end of the country, it seems.

Therein lies the problem with being shown a different path: it becomes impossible to judge your current route and not compare it to what might be. Rose does not even have to imagine. One of his best friends and contemporaries has just jumped up the food chain and, crucially, ahead of him.

For all the obvious and understandable anger against Rose from large elements of Tottenham’s support, it is worth envisaging what we might do in a similar situation. Your flatmate has been approached by a company selling pensions and offered £60,000 a year to your £30,000. He will also be allowed to work from home and be given a company car for personal use. How long do you watch him roll off the drive before getting busy making plans?

The most reasonable annoyance with Rose lies in his timing, coming three days before Tottenham’s first match of the Premier League season. His mentions of ‘playing up north’, ‘earning as much as I can’ and ‘wanting to win trophies’ may translate as unsubtle come-and-get-me pleas, but that is the language of the sportsperson. Rose has been more explicit than most in his intentions.

At the age of 27, and with the occasional injury problem in his past (and present), Rose and his agent are aware that he probably has one big contract left in him, and equally aware that such a contract is unlikely to come at Tottenham. As the minutes of Tottenham’s meeting with the club’s Supporters Trust noted in May: ‘DL [Levy] said all players were under contracts, contracts they were happy to sign at the time. They would be expected to honour those contracts. They wouldn’t have had a reduction if things had gone badly.’

If the argument is that Rose already earns enough to retire in comfort, that is a one-eyed view of the situation. At £60,000 a week, Rose is paid the same as Connor Wickham at Crystal Palace and Kieran Gibbs at Arsenal. Why wouldn’t he look around and feel undervalued? Now add in the hunger and competitiveness required for these players to even reach a point where these opportunities arise. Finding the journalist with which you have a strong relationship is the next step. Those unhappy at Rose’s choice of paper should know that Dave Kidd regularly interviewed Rose when at the Daily Mirror. The relationship is with the journalist, not the newspaper.

Tottenham’s project is to establish themselves in the top echelon of clubs while still keeping a wage ceiling and working within budget, but players cannot put that on their mantelpiece. That does not doom their project nor decree that every player will agitate for a move, but it does make situations like these more likely. First Walker, now Rose. The only difference with Eric Dier is that he stayed in line.

To repeat, that does not mean that Tottenham should be dissuaded from their aim, nor that supporters should lose faith. One of Rose’s public demands was that his club should sign players that he ‘didn’t have to Google’, but Rose may not have heard much about Dele Alli, Christian Eriksen, Heung-Min Son or Hugo Lloris before their arrival at White Hart Lane, yet he had certainly heard of Moussa Sissoko. Buying low and selling high when you eventually have to sell is the only viable strategy for a club below the top tier of English football’s financial food chain. If that makes Rose and Walker collateral damage, so be it.

Yet within that throwaway ‘Google’ line lies the root of Rose’s issue, and thus Tottenham’s too. Their approach, as admirable and financially sustainable as it is, requires a leap of faith from the players. At 21, 22 and 23, leaps of faith are alluring and mysterious. At 26 and 27, money and trophies start to matter more.