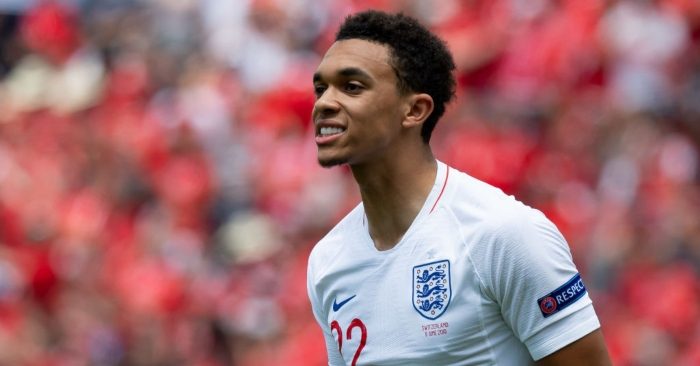 Every England defeat brings a period of intense scrutiny. Tumble out of a tournament to a better team and it reinforces the melancholia that comes hand in hand with extended underachievement. Stumble against lesser opposition and the accusations of arrogance, inattentiveness or incompetence rain down.

Losing to Czech Republic was no disaster for England. They are still clear favourites to top Group A, have still scored at a rate of one goal every 23 minutes during this campaign and will most likely be a top seed at Euro 2020 if they avoid dropping any more points.

But the mood of angst amongst supporters and media reflects that the second age of Gareth Southgate’s England tenure has begun. Whatever your take on England’s World Cup campaign, it provided a refreshing sea change in the mood around the national team. But for a manager who stressed that second in the world would never be considered good enough, constant improvement is needed. In Prague – as against Kosovo in September – backward steps were taken.

Southgate deserves immense credit for his work to date. His concerted campaign to reduce the average age of the team has been truly remarkable. At World Cup 2010, over 30% of England’s squad were aged 30 or above. Since the 2018 World Cup, England have not given a competitive minute to a player aged 30 or above. That should buy him huge goodwill amongst any critics.

But then Southgate has also been the beneficiary of improved conditions. In December 2018 he railed against the lack of opportunities for young English footballers after figures revealed only 24% of appearances in a recent weekend had been handed to domestic players. On the opening weekend of this season, 38% of players were English. In 2016/17 and 2017/18 combined, a Premier League starting XI with an average age of under 25 was picked only twice. Already this season, that mark has been met ten times by four different clubs. Not since the 1990s has there been such a buzz around the prospective route into the England team for young players from across the Premier League.

Being an international manager is hard. The ratio between the time spent with club and country is so skewed that you are torn between attempting to execute your own plans and mimicking what is working at club level. On that point, Southgate is ripe for some criticism.

Liverpool’s full-backs are the highest-performing unit in the Premier League. The rise of the full-back as the crucial element of a successful Premier League team has been coming for almost 25 years, since Arsene Wenger told Nigel Winterburn and Lee Dixon that he wanted to them to operate in both halves of the pitch. Proof of the required multi-functionality lies in the number of midfielders or wingers who have deputised in the role at Big Six clubs in the last few years: Victor Moses, James Milner, Ashley Young, Oleksandr Zinchenko. This summer, those clubs spent another £160m on full-backs.

Trent Alexander-Arnold and Andrew Robertson were the third and fifth top assist providers in the Premier League in 2018/19, and Alexander-Arnold ranks second in the league for chances created so far this season. Against Arsenal in August, Liverpool’s two full-backs accounted for 73% of their side’s crosses, ranked first and second for passes completed and first and second for touches of the ball. The full-back takeover is complete.

Alexa, show me the perfect example of Liverpool’s football under Jurgen Klopp…

Southgate has always promised to pick on form rather than reputation, so why is he ignoring that brilliance? After Liverpool, Leicester City have the second best full-back partnership in the league. Combining the two – Alexander-Arnold and Chilwell – makes complete sense. In starting Danny Rose and Kieran Trippier, Southgate is picking on the form of 2017 rather than 2019.

There is some talk of Southgate reverting to a three-man defence to get more from his full-backs and give England more defensive security. But the 3-4-3/3-5-2 that England used in Russia actually proved to be inefficient in terms of chance creation. Fifteen of the 24 chances Trippier created at the World Cup were from set-pieces. England as a whole created fewer chances from open play than Germany, who were eliminated at the group stage.

Instead a replication of Liverpool’s 4-3-3 makes more sense, with Alexander-Arnold and Chilwell supporting a front three with two excellent wide forwards that are able to tuck in and support the central striker. It would also reduce the responsibility on everything to go through Harry Kane, who looks under the weather so far this season.

The issue comes in midfield. Declan Rice (or Eric Dier, if you must) can be the Fabinho, sitting deep and dropping even deeper when both full-backs push on. Jordan Henderson can be the…well, Jordan Henderson. But that leaves one more central midfielder, and it needs to be someone who can mimic the unique contribution of Georginio Wijnaldum, Jurgen Klopp’s master all-rounder.

Over the last six months, Southgate has come under huge pressure to find room for James Maddison or Mason Mount in his squad. Maddison was finally called up for these fixtures but subsequently pulled out with illness. Mount started on Friday and was almost completely ineffective. His natural tendency to roam forward left England exposed to the counter-attack. It turns out we were wrong.

If we’re going to ask our full-backs to attack more than Trippier and Rose did in Prague, Mount or Maddison have no obvious natural place unless they play on the left of the front three with Raheem Sterling moving to the right (and that feels a little like square pegs in round holes). The obvious conclusion is that both would be options off the bench, with a more natural central midfielder starting as the third player. Harry Winks would be the favourite, at least until Phil Foden gets some regular football.

If that sounds mighty harsh on Mount and Maddison, it is. Both have started the season excellently and are crucial to their club’s prospects this season. But if England are to bank one game-changing player to link defence and attack, the 21-year-old attacking full-back for the European champions might well be our best bet. Particularly when Chilwell keeps improving and is only 22.

If England’s manager is to stay true to his intentions to pick players in form in systems that maximise their potential, we must look to the full-backs to provide the dynamism. In with the future boys; out with yesterday’s men.