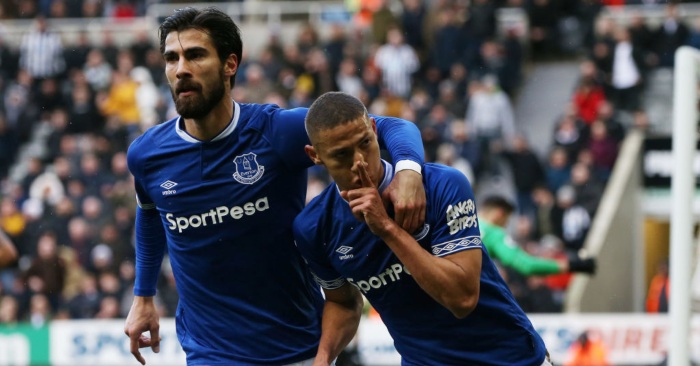 In hindsight, we should have never allowed a cricket journalist to write our transfer window winners and losers, but come back another day to read about the woes of running a website on a tiny staff during the school holidays when a man without any children (let’s call him D. Storey) decides to go on holiday. Put perhaps he, or I, or whoever else who could actually work that day, might still have put Everton in the losers section after a deadline-day splurge that saw four players arrive at Goodison Park and a barely believable £27m spent on Yerry Mina. One season on, the only question mark against any of Everton’s six new signings sits beside his name. If we could re-designate them winners, we absolutely would.

We were right in some respects, writing that ‘Everton have spent the sort of money that demands a challenge to the big six hegemony, yet have a squad still way short of those on the level above them’. They did fall some way short of sixth-place Manchester United – 12 points adrift to be exact – and they amassed only five more points than in the previous chaotic season, but no blame could be levelled at Marcel Brands for his late but largely excellent work in the transfer market.

Perhaps the strength and value of that work could only be truly appreciated late in the season; only Manchester City and Liverpool conceded fewer goals than Everton in 2019, and that defensive stability put them ahead of Champions League finalists Tottenham on points in that time-frame. By the time spring brought back-to-back-to-back wins over Big Six opposition, four or five of those summer signings were playing in each fixture. Barring one bizarre defeat to Fulham, the Toffees were unbeaten in their final eight Premier League games; if anything, the campaign simply ended too soon.

Or actually, perhaps the strength and value of that work can only be truly appreciated now, when the seeds sown last summer are bearing unexpected bonus fruit. Richarlison – now with five goals in 11 games for Brazil and a price tag at least double his original £35m fee – has been talking to highly rated Ajax winger David Neres about joining him at Everton. As recommendations go, that is quite powerful; there are worse fates for a football club than becoming a stepping stone for a generation of talented young Brazilians. Make no mistake, signing the exciting Neres ahead of various Champions League suitors would be a game-changer, and impossible rather than simply improbable without the precedent of Richarlison.

And then there’s Andre Gomes, reportedly ignoring all interest from elsewhere after a loan spell on Merseyside that made him fall in love with football again. “It’s not a job, it’s what I love to do. I have that feeling again,” he said in December. Never underestimate the happiness of footballers as a lure not only to themselves but to others. They will listen to Richarlison, to Gomes, to the loved-up Lucas Digne, to Bernard and to Kurt Zouma, even if Chelsea dictate that he cannot make his own loan move permanent this summer. They will hear only good things about this club and the direction in which it is travelling.

While it’s true that Everton spent considerable money last summer – though not quite as much as either West Ham or Leicester – it was not spent in the panicked, scattergun way that the timing of those transfers suggests. Not only was last season’s starting XI strengthened, but perceptions were changed. Those six signings were all 25 or under, four of six were from elite clubs, one was a former Brazilian international and the other was on a fast track to the Selecao. They were brave without being risky, ambitious without being ridiculous. And this summer promises more of the same, though ridding the squad of some of the 33 senior players currently under contract is obviously a priority.

“It’s up to us to keep doing the right things,” says Silva. “I’m 100 per cent sure that what we did in the last market was really good for us. It was tough, in some moments not as fast as we wanted but it was really good. It is our goal and our aim to do the same in the next market because our goal is to improve our squad.”

It was really good. You won. And thanks to those victories, this summer became a whole lot easier. Can you recommend this club? At least five out of every six incoming footballers said yes, and that might be the difference between a challenge for sixth and a battle for seventh next season.