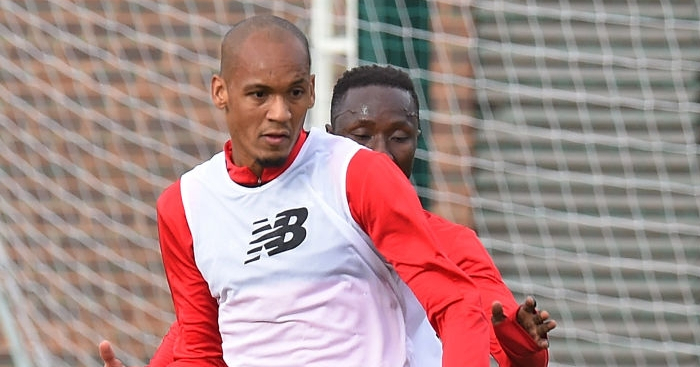 All it took was a protracted transfer to prove one of life’s great expressions. If it stands to reason that the longer you wait, the harder it gets, Liverpool fans can certainly attest to that: 12 months was more than long enough to nurse a collective Naby Keita-related erection.

Loads appear to have been blown entirely too early. “I have contact with a lot of people in the Bundesliga, as you can imagine,” Jurgen Klopp weirdly flexed in September 2017, “and I have never had so many congratulations messages as I had after signing Naby!”

It was quite the coup; Barcelona and Bayern Munich both wanted him. Liverpool revelled in the then-club-record signing of a player their manager described as the Bundesliga’s “best” on August 29, with the move going through on July 1 the following year. The 307 days between announcement and arrival allowed anticipation to become a full-blown fervour, fuelled by another season’s worth of highlight reels and tactical spiels.

Yet the fourth most expensive central midfielder in Premier League history is fifth in terms of minutes played for Liverpool midfielders in all competitions this season. To linger behind Georginio Wijnaldum and captain Jordan Henderson in the pecking order is forgivable, and a necessary bedding-in period makes James Milner’s opportunities understandable. But to see Fabinho – and perhaps even Xherdan Shaqiri – jump ahead of Keita in the queue is lamentable.

While Keita played eight of Liverpool’s first nine games (468 minutes), Fabinho was restricted to a one-minute Champions League cameo and a start in the defeat to Chelsea. Since October began, the Brazilian has played 806 minutes in the Premier League, and 1,005 in all competitions; Keita has managed just 364 and 508 minutes respectively, starting twice as fast, but eventually playing almost half as much.

The tables have turned completely, which has not escaped Klopp. “Is he exactly the player in his best time at Leipzig? No,” he said of Keita earlier this week. A year’s worth of hope and expectation seems to have taken its toll.

Fabinho is benefiting from the element of surprise. His move was the complete opposite of Keita’s: abrupt, shocking and spontaneous. His Anfield introduction was different too: delayed and deferred. But he is thriving now.

It will be Fabinho, not Keita, who the manager calls upon in his time of need against Brighton. The briefest of central-defensive injury crises will see the former fill in on Saturday, while the latter struggles to move out of the shadows. Considering their respective starts to life on Merseyside, it is a situation that no-one could have foreseen.

Klopp remains unworried. “Everyone saw at the beginning of the season how brilliant he played,” he said recently of Keita, but this is unlike any difficulty the manager has faced at Anfield before. He he has held new signings back before to protect them, with Fabinho following in the path of Andy Robertson and Alex Oxlade-Chamberlain. Yet he has not had to teach a player how to swim after throwing them in at the deep end.

Keita’s time will come, but the anticipation has proved altogether too much. A player who pledged to “remain an interested supporter from a distance” stated that he “watched every Liverpool match” during his final season at Leipzig, but he continues to struggle with the system, the demands and the language. While cracks are forming in the arranged marriage, Liverpool’s unexpected fling is blossoming into a mutual love.