Home F365 Says F365 says: For this Liverpool, Europe feels like a breather… 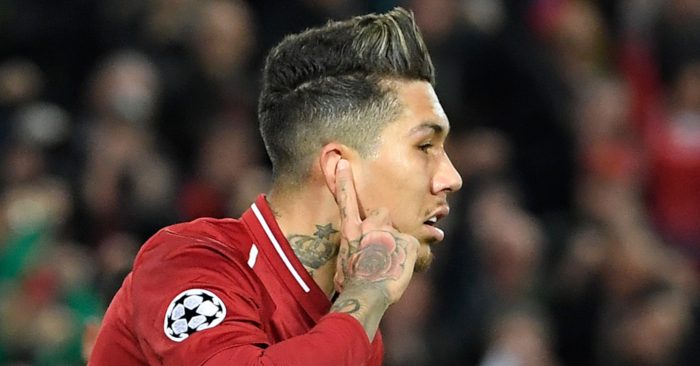 This was a quarter-final in what is supposedly the biggest competition in world football, but for Liverpool on Tuesday night, it provided a moment to unwind.

The Champions League almost feels like a welcome distraction from the relentless intensity of league play, where Liverpool are battling to win their first title since 1990.

Although the players and supporters are doing their utmost to try to enjoy that particular ride, the weight of history hangs heavy on fans’ minds and players’ shoulders as they use every last drop of energy and strain every sinew to produce moments like their comeback against Southampton.

Klopp reaffirms in almost every press conference that the fans make a difference, even if not asked directly about this subject. After the win at home to Spurs he said: “This was the best performance of a Liverpool crowd after an equaliser since I am here.”

The philosophy and mentality of the playing style involves those in the stands as well as those on the pitch. There are no 12th man cliches here, but the energy tumbles onto the pitch when Liverpool are at their best, but it can lead to a great tension whey they slip from that best.

This was something of a break for the crowd too.

It’s not all been easy in the Champions League, mind, with Liverpool only really winning comfortably twice prior to Tuesday night – against Red Star in the group stage and most recently in their marvellous second leg display in Munich – but it is in Europe they feel more at home.

Winners in 2005, finalists two years later, Europa League finalists in 2016, and Champions League finalists a year ago, Europe is Liverpool’s stage more than it is Manchester City’s or Spurs’. This is their domain.

It took just five minutes for them to assert their authority at Anfield. Former flop Naby Keita scored his second goal in as many games, justifying his price tag to football’s more fickle judges with two kicks of a ball.

In the build-up to the opener it looked like Liverpool were about to lose possession. A transition, almost, and Klopp’s side really do like transitions.

“In their recovery of the ball after losing it, they are the best team,” said Porto manager Sérgio Conceição. It was James Milner who recovered the ball, and with a first-time pass found Sadio Mane, who had escaped his marker down the left. Roberto Firmino made a selfless run, receiving Mane’s pass before setting up Keita. Typical Liverpool.

This was a Porto side who have conceded just 17 goals in 28 league games this season – an average of 0.61 goals per game which just happens to be the same as Liverpool’s, but here the home side looked like they could net several.

A second goal duly arrived, featuring a revived Jordan Henderson who is finally playing in his more natural position as a No 8 rather than a No 6. He threaded a ball to Trent Alexander-Arnold of which an enganche, a trequartista, or some more exotically named playmaker, would have been proud. A right canny pass.

It sliced Porto open, and all Firmino had to do was stay onside as Alexander-Arnold crossed. He did, just, and just about resisted the urge not to look as the goal hit the net.

In moments the game resembled Manchester City’s FA Cup meeting with Brighton. This might be because, other than a few attempts from Porto striker Moussa Marega, Liverpool enjoyed almost total control as Pep Guardiola’s side had on Saturday. They went ahead early just as City had, and rotated their team just as City had.

Or it might just be because Porto play in the same colours as Brighton.

Jurgen Klopp was also able to leave out Georginio Wijnaldum, choosing to go with the midfield which had finished so well against Southampton, and Andy Robertson was suspended so enjoyed a rare rest…actually, scratch that, there’s no way Robertson enjoys rest from football.

Divock Origi and Daniel Sturridge gave Mane and Firmino a breather late in the game, and Liverpool cruised to a 2-0 win.

Meanwhile, Man City were enduring the first game of a tough triple-header against Spurs. As Liverpool supporters filed out of the ground, Anfield compere without compare George Sephton announced: “The final score in tonight’s other Champions League game, Tottenham Hotspur 1, Manchester City 0.”

A cheer echoed around the by now half empty stadium, but one supporter ambling past the press box commented, dryly: “That’s not the game we need them to lose,” referring to the league meeting between the same teams a week on Saturday.

After a job well done, a reminder that there is other business to attend to. And it’s this which will occupy the minds of Liverpool fans between now and the time it is mathematically decided.

After mathematics, Liverpool will rest and rebuild for another challenge next season, but for now they are working towards the best double in football — a league title and a European Cup.

So for all the talk of a City quadruple, Liverpool are competing for a historic haul of their own. While their focus is on one competition, consciously or otherwise, they might just benefit from being in another rather than being exhausted by the chase.

The European Cup. Arguably the most prestigious club trophy in world football and one which defines teams and eras. But for this Liverpool, it is a fall-back option, an alternative, something to take their mind off things, and a rest — mentally if not physically.