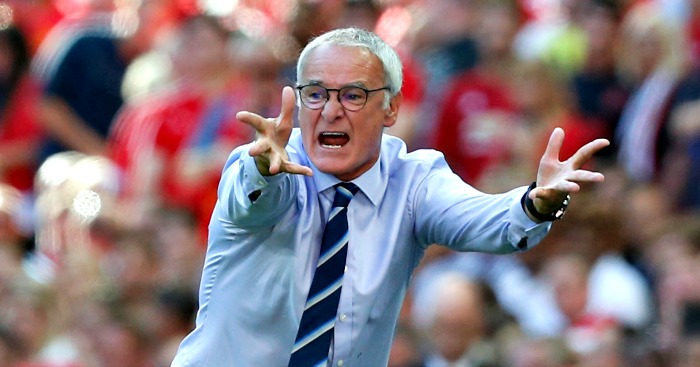 A gentleman. A charmer. A silly old man. Dilly ding, dilly dong. And yet Fulham chairman Shahid Khan described the appointment of Claudio Ranieri as “risk-free”.

At first glance that jarred. Surely Sam Allardyce would have been risk-free; David Moyes would have been almost risk free; very recent history shows us that the late-autumn appointment of English PFMs is almost a guarantee of success, or at least survival. A guarantee of fan unrest too, but a guarantee of success nonetheless. Both managers are out of work and Moyes at least would surely welcome another part-season of Premier League football. And yet it was Ranieri who was being described as an “extraordinary football man” by Khan on Wednesday morning.

Of course it was the miracle of Leicester that was cited by Khan in his welcome address, but it’s not the miracle of Leicester that potentially makes Ranieri such an excellent choice by Fulham. In the short term at least. The true value of Ranieri lies in the desperation of Fulham, who need an upturn in results long before money can be available in January. They need to beat Southampton next week and they need to beat Leicester next month. To do that, they must suddenly become more resilient. Despite his reputation as a bon vivant first and tactician second, they need the Italian’s ability to effect pretty much immediate change.

His post-Chelsea career has been marked by such immediate change. It has also been largely marked by a subsequent drop in performances. Leicester are the most obvious example of that downturn but Nantes offer an even more recent case study – yet Fulham need not worry about tomorrow when today’s problems are so pressing.

“I know this team is very capable of better performances, which we will work on straight away as we prepare for Southampton at the Cottage,” said the Italian, and few should back against the Cottagers looking like a different team as early as next week. He won six of his first ten Ligue Un games with Nantes and that is no outlier; he won his first five of ten with Leicester, Monaco and Inter Milan. The latter hosted Ranieri’s career in microcosm – he won 11 of his first 16 games to spark talk of a title challenge in January 2012 and then just one of his last ten to get the sack in May.

If we turn back the clock even further, to February 2007, we can see a blueprint of what Fulham can hope to achieve under Ranieri. He took over a Parma side sitting in 18th having won just once in 13 Serie A games. By May, Parma were 12th after a run of 16 games which saw them lose only three times. The Italian then appeared on the verge of taking over at Manchester City – the Daily Telegraph said the appointment ‘appeared automatic’ – but instead he ended up at Juventus. Where of course he began astonishingly well, with just two Serie A defeats by mid-February.

Fulham are no Parma – never mind Juventus – but nor are they a lost cause. Despite one of the worst recorded starts to a Premier League season, they are still just three points from safety, such is the desperate state of those teams at the bottom of the Premier League. It will only take a slight improvement to take this team from 20th to 17th. Ranieri will attempt to turn Fulham into a Leicester-lite, sitting their defence very deep and instructing them to play on the counter-attack. Do not expect them to keep their average possession above 50% for too long.

Or as Ranieri said of Nantes: “First, you need to lock the door of the house. If you don’t, the robbers get in and they take everything. Once you have locked the door, then you can organise and decorate the house the way you want.” Ranieri is clearly no interior designer, but his adeptness at locking a door cannot be questioned. And Fulham have left theirs wide open for too long; they can worry later if the carpet matches the curtains.