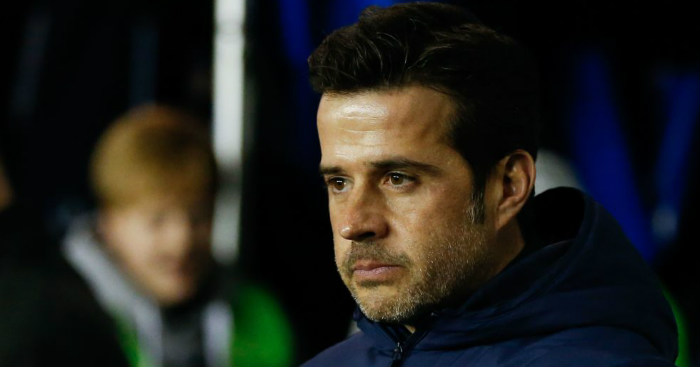 “The good news for Everton is that they now have a 12-day Premier League break and resume with games against Bournemouth, Southampton and Huddersfield. The bad news is that this Everton side looks a million miles away from being able to take advantage.”

So we wrote on New Year’s Day, after Everton had just suffered back-to-back defeats to Brighton and Leicester in the Premier League. They won the first of those south coast tests, but lost the second; in having now also fallen to defeat at Millwall, Marco Silva’s side have slipped further than we could have accounted for.

Let’s get those two elephants out of the room first: yes, Millwall’s equaliser was a clear handball, and should to have been allowed to stand. And more importantly, Millwall massively deserved their victory.

A side towards the bottom of the Championship cannot go toe-to-toe with a full-strength mid-table Premier League side without summoning an extraordinary effort, and they certainly did that: they produced more shots on target than their more illustrious opponents despite ceding 64% of the possession. If Silva were not already under pressure for his so-far mediocre spell at a hugely aspirational side, then lavishing praise on Millwall would unequivocally be the priority for this piece.

This is, after all, a side that has endured enormous uncertainty over the future of their ground, The Den, which faced being compulsorily sold, closed and demolished to make room for developers, leaving them with little to nohope of remaining in their south London heartland. That this victory should come through a last-second winner at the end of a week in which it was revealed that an agreement for them to remain was fittingly, enormously cathartic for the fans at the packed Den.

But it cannot be ignored that this is not a one-off Everton underperformance, and that concerning pattern must be addressed. Not only has there been a worrying lack of improvement from what was on offer under Ronald Koeman; there has also been no improvement on the results achieved by firefighter manager Sam Allardyce in the second half of last season, despite heavy investment in the squad during the summer.

You look at that first eleven, and you wonder how they fail to be so much less than the sum of their parts. At the start of the season, they had the excuse of injuries and suspensions to Yerry Mina, Andre Gomes, and Richarlison, and by the time they went within the reach of Jordan Pickford’s fingertips of holding Liverpool to a much-deserved point at Anfield in December, it seemed inevitable that we would begin to see Everton emerge as a force.

Their 3-1 defeat away to Manchester City and the 6-2 humiliation at Spurs’ hands at Goodison Park well and truly put paid to that idea. Their record going back to that derby loss in all competitions reads won three, drawn two, lost seven; they have kept just one clean sheet across those last dozen matches, and that wasn’t against League Two Lincoln City.

It leaves Everton facing a third successive dead rubber of a season: nowhere near the relegation zone, nowhere near the Champions League, out of the League Cup early, out of the FA Cup early. It is becoming all too familiar and all too frustrating. Roberto Martinez’s tenure at the club was a three-year exercise in gradual disillusionment, but at least he took them to the semi-finals of both domestic trophies even as he faltered in his final season in charge.

The departure of David Moyes was supposed to be a fresh start for the club after over a decade of effective but largely uninspiring football. Even putting Allardyce’s short-term measures aside, Silva is the third man entrusted with the longer-term project of building what was once a perennial “somewhere between fifth and seventh” side into another of English football’s top four forces.

When you consider at how Tottenham Hotspur have succeeded in that mission while the Toffees have floundered from a similar starting point and on a similar budget – in fact, Everton have spent more than Spurs since Moyes’ departure – you begin to wonder how much more patience their owners and their fans will have with season after season of promises and transition.

This is not to say that Silva is not a good manager, or that he deserves to be sacked; he has, after all, had only half a season to try and impose his ideas on a squad that was clearly deeply broken last year. But nor will he need telling that his side is capable of far better than this.