Home Home Page Front Page F365 Says: If only we could all endure crises like Chelsea 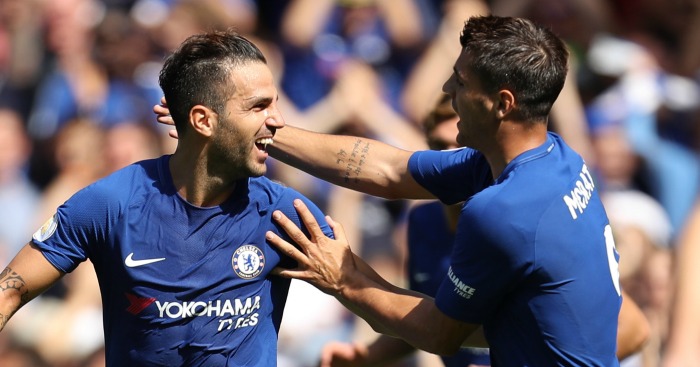 That loss to Burnley looks increasingly like an exception to Chelsea’s established rule. Antonio Conte is a manager with a spring back in his step. He will never stop screaming, of course, but smiles are beginning to permeate the fury once again.

It is established behaviour for professional footballers to talk up the positive effects of defeat, but there may be truth in Thibaut Courtois’ claim on Monday that the Burnley defeat was a necessary alarm bell. “Maybe we needed as a group a little wake-up call to say: ‘Look, we need to give 150% this year and not 100%.’” the goalkeeper said. “That’s what we gave against Tottenham and I think we did very well. You see that in the end we can win those difficult games.”

It is emphatically easier said than done to increase your effort by 50%, but it is amazing how much stronger a squad looks when the first team is playing well. Andreas Christensen and Tiemoue Bakayoko both dropped to the bench following last weekend’s win at Wembley, with Cesc Fabregas and Pedro coming in. A reminder that their best attacking player is still to return to the side. Suddenly those doubts about a squad stretched to its limit in August have at least been postponed until after Thursday’s transfer deadline.

Chelsea were dominant to the point of farce against Everton. There was a spell during the second half where they created four chances in seven minutes from almost identical moves. Victor Moses would push forward and hand possession to Willian. The Brazilian would then return a pass to Moses or Pedro within one or two touches, sending them through on Jordan Pickford. Only unreliable finishing prevented the home team from scoring four or five. The home team declared on 17 shots and two goals; the visitors failed to even register a single shot on target.

The pre-match suspicion was that Everton would tire as the game wore on following a midweek in which they have travelled to both Manchester and Split for 1-1 draws. That excuse might have carried more weight had Ronald Koeman’s team even bothered to rub their eyes and roll out of bed. This was the type of away display that prompts an apology from the manager to those who made the journey south.

Dominic Calvert-Lewin dropped out of the team from Monday, and with it went any attacking verve and pace. Sandro Ramirez and Wayne Rooney might have plenty of positive characteristics as a front pair, but pulling central defenders out of position is not one of them. David Luiz and Antonio Rudiger will rarely have easier afternoons. Rooney cut his perma-angry figure when frustrated and was finally booked for dissent on 70 minutes. Koeman’s response to the lack of creativity was to remove Tom Davies for Muhamed Besic at half-time.

With the defence virtually watertight, Chelsea had the basis from which to stream forward at will. Willian and Pedro delighted in the half spaces between full-back and central defender and central defence and midfield. Behind them, Fabregas did what Fabregas does, slotting into his position in this Chelsea machine and immediately whirring his passes from side to side and forward into feet. No Chelsea player had more shots on target or touches, nor made more passes. The Spaniard has now scored a Premier League goal in 11 different seasons.

Up front, Alvaro Morata increased his reputation as the owner of the most valuable head in the Premier League. His general play demonstrates that he is still slightly lacking in match sharpness if not match fitness, but he has now scored twice and assisted two other goals in three Premier League games. Each have been provided with his head.

It is inconceivable that Chelsea will not add to their squad before Friday. Newspapers on the day of the game alone linked them with moves for Jamie Vardy, Alex Oxlade-Chamberlain, Renato Sanches, Neven Subotic, Danny Rose, Virgil van Dijk and Danny Drinkwater, and Conte will surely get his wish after pointed messages in Roman Abramovich’s direction.

Yet this was evidence in defence of the old brigade. There may be no Nemanja Matic or Diego Costa, but Chelsea have not lost the knack of dominating teams. Do not discard their title defence on the basis of a shambolic opening weekend; the 2016/17 swagger is back. If only we could all endure crises as brief as this.