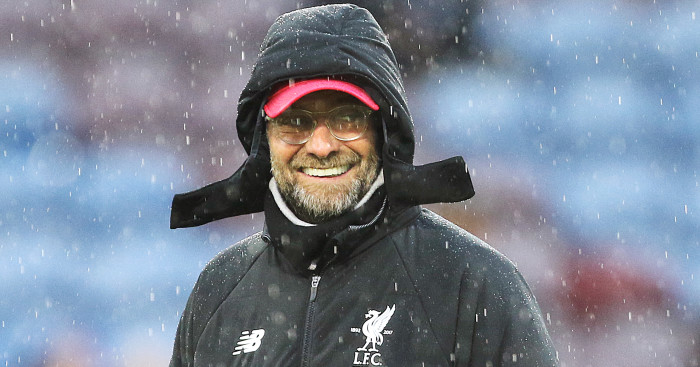 “It is not a Big Six – it is a three and a three. It feels to me like City, United and Chelsea are breaking away from Liverpool, Arsenal and Tottenham for pure economic reasons,” said former Liverpool managing director Christian Purslow on Sky Sports. “Manchester United are shopping at Harrods – I do not know why he is making excuses by the way – Liverpool need to start shopping at Harrods rather than just selling the good ones.”

Purslow was at least half-right, which some Liverpool supporters might consider above his usual average. The latest annual Deloitte money league has Liverpool ranked fifth in the Premier League. They also ranked fifth for their wage bill in 2016/17, £64m behind Manchester United. It might seem hard to believe having just paid a world-record fee for a defender, but Liverpool do not have the economic might of the Manchester clubs and Chelsea. These are facts, as Rafael Benitez might say.

The sale of Philippe Coutinho also nods to that. Many Liverpool supporters are disillusioned with the sale of a key player, but the truth is that this was a club accepting reality, not admitting weakness. There is a financial food chain within football that is possible to postpone – as Liverpool did in the summer – but never indefinitely. Barcelona buy from Liverpool, Liverpool buy from Southampton and Southampton buy from Anderlecht or Porto. The Premier League’s financial clout allows our clubs to jump the queue ahead of the biggest and best in other countries, but nobody jumps above the apex predators.

Add Coutinho’s South American heritage (like many others at Barcelona) to his desire to win league titles and Champions League trophies to conjure a losing battle; Coutinho wanted Barcelona and was not prepared to entertain any other future. At that point it became when, not if, he would leave.

Part of the frustration amongst supporters surrounds the timing of the move. Should Liverpool slip away from a top-four place and fall back into the Europa League, that decision will be pinpointed as the moment things began to unravel. It is indeed a gamble.

And yet we have seen at Arsenal and Southampton this season the dangers in keeping unwanted players. Alexis Sanchez’s form has been inconsistent at best, while Southampton squeezed an extra £20m for Virgil van Dijk but are 17th in the Premier League and crying out for new players. Van Dijk started two league wins for Southampton in his last year at the club.

Instead, Liverpool sold a player for his highest possible price and avoided the scenario of a want-away player spoiling the morale of the squad. That isn’t illogical; quite the opposite. Liverpool have received the second highest transfer fee ever for a player who wouldn’t get in a World XI. 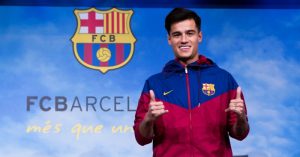 The problem comes not in the sale, but how Liverpool reinvest the proceeds. If the signings of Van Dijk and Naby Keita represent that reinvestment, there is again logic to that strategy. Liverpool’s central defence is not fit for purpose, Jordan Henderson is a central midfielder with limitations and Emre Can may well join Juventus on a Bosman deal in the summer. These are problem positions.

If Liverpool and Jurgen Klopp will indeed have a bumper pot of money to spend, this club knows only too well the dangers of shopping with full pockets and empty stomachs. The funds from the sale of Luis Suarez were squandered, while Liverpool waited a matter of minutes before putting aside 70% of their Fernando Torres money to buy Andy Carroll.

There is also the problem of other clubs knowing Liverpool have money to spend, and increasing their asking prices accordingly. Yet that seems like a bit of a myth. Liverpool could have afforded far more than £35m on Mohamed Salah last summer, and yet Roma agreed to that fee. The use of effective scouting techniques and efficient negotiations can help clubs avoid paying over the odds. If a selling club does indeed begin to behave unreasonably, a sensible and well-structured club should have two or three alternatives. In the case of Van Dijk, Klopp simply decided it was him or nothing, and Liverpool backed him.

Of course, Klopp is the key individual in all this. After all, this is precisely the situation for which he was appointed by Liverpool. Make players better, sell them high and maintain improvement to bridge the gap to the financial elite. Klopp has made that his forte.

In the summer of 2011, Klopp sold Nuri Sahin to Real Madrid and signed Ilkay Gundogan for £5m before retaining the Bundesliga title at Borussia Dortmund ahead of Bayern Munich. A year later, he sold Shinji Kagawa to Manchester United and bought Marco Reus for £15m, subsequently taking Dortmund to the Champions League final. In the summer of 2013, he sold Mario Gotze to Bayern Munich and signed Henrikh Mkhitaryan and Pierre-Emerick Aubameyang for the same money. Klopp did not just accept the reality in Germany, he embraced and thrived in it.

Crucially, none of those players taken from Dortmund by apex predators in Germany, England or Spain ever performed as magnificently away from Klopp. There is a certain paradox to clubs paying vast fees for players based on their performance under other coaches with different approaches to both football and man-management.

Klopp would always back himself to bring the best out of his signings. Warm relationships with those Klopp coached at Mainz or Borussia Dortmund have survived long beyond his or their departure from the clubs. In an interview with Goal’s Melissa Reddy, Klopp’s anger at a member of staff for not knowing that Andrew Robertson was due to become a father is mentioned. If you do not connect with a player, how can you expect him to commit to your vision? The minutiae matters. 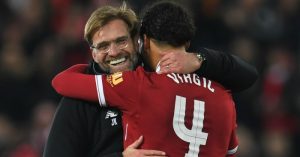 Klopp is an exception in the modern game. While three or four years is the typical expiry date on any manager at a top-six club, Klopp stayed at 1. FSV Mainz 05 for seven years, spent the same amount of time at Dortmund and has stated a desire to do the same at Anfield. “If at the end of my career I only got to coach Mainz, Dortmund and Liverpool, then it will certainly have been three fantastic clubs,” he said in November 2016.

Clearly much depends on the club as well as the manager, and doubts remain in some circles about the efficacy of Liverpool’s transfer structure. Yet when Klopp was appointed, Ian Ayre was at pains to say that the manager would have the final decision on signings. That would seem to replicate Dortmund’s own hierarchy of sporting director Michael Zorc and two or three others who would decide upon targets. Again, a player would not be bought if Klopp said no.

Some of Liverpool’s succession planning is already in place. Salah was bought to create a front three that would allow Coutinho to drop deeper and become less vital. It is worth noting that Coutinho has failed to start 25 Premier League matches since February 2016. Liverpool’s record? Won 16, Drawn 7, Lost 2. Keita was also bought a year in advance because Liverpool were so sure that their manager was committed to the long-term picture.

The panic among Liverpool supporters – or at least a section of them – is forgivable. We have been hardwired to believe that any player leaving is an admission of weakness, and that only by tempting high-profile replacements can a club hope to keep up with the Joneses.

Yet amidst the understandable worries should be an appreciation that their manager is not panicking. Liverpool may have lost Coutinho but they have gained the opportunity to see the very best of Klopp. In fact, he’s in his element.