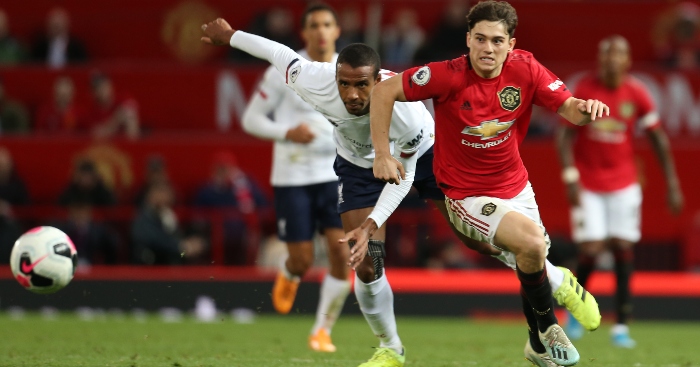 It’s not often in recent years that Liverpool have missed a trick in the transfer market. A large ingredient of their success under Jurgen Klopp has been their savvy recruitment at each end of the financial spectrum.

Manchester United’s transfer dealings have also played a major role in putting them where they are now – 13th. A haphazard, disjointed recruitment policy over the last six years has handicapped three managers before Ole Gunnar Solskjaer was appointed this year.

But United were uncharacteristically smart in the summer. Perhaps they didn’t do quite enough, such was the scale of the job, but the signings they made have been among the few bright spots on a dark landscape at Old Trafford this season.

Harry Maguire and Aaron Wan-Bissaka have settled in seamlessly and the £130million pair have proved their worth by stabilising what was a comically bad defence last year. Solskjaer would have hoped for such an impact given the outlay but, as we all know from United’s previous dealings, huge investments too often don’t pay dividends.

More surprising has been the impact of United’s first summer signing. Daniel James had never played at a level higher than the Championship prior to moving to Old Trafford from Swansea in June and the assumption was that the 21-year-old winger might take some time to adapt to his new surroundings.

But James has been a shining light in one of the dullest United forward lines in memory. His pace and penetration from wide has been thrust into even sharper focus by the slow, ponderous build-up play of those around him. Without James, United’s season could still have been worse.

His latest outing earned James the man of the match award against Liverpool on Sunday. The Beverley-born Wales international drove United up the pitch and his speed ruffled the usually unflappable Virgil van Dijk and Joel Matip.

If Klopp had felt a tinge of regret while watching United’s No.21 frighten his defence, you could not blame him. James looks perfect for the Red Devils, but he also appeared tailor-made for Liverpool.

Klopp chose not to recruit this summer, trusting the players who won the Champions League to go one better domestically this season. The Liverpool boss was reluctant to upset the balance and harmony he has created at Anfield, though there are positions in which Klopp could have strengthened.

One of those areas can be found in attack. Liverpool’s front three might be a match for any in Europe but their stand-ins fall way below the standards set by Roberto Firmino, Mo Salah and Sadio Mane. Klopp was fortunate that last season his attacking trident missed only six Premier League matches in total; Firmino, Salah and Mane amassed 108 appearances of the 114 available.

It was always going to be a gamble to assume that the trio would enjoy similar luck with injuries and when either Firmino and Salah have been sidelined, Liverpool have clearly suffered in their absence. Firmino came off the bench against Newcastle last month to dig Liverpool out of a hole and without Salah on Sunday, Klopp’s attack created the joint-fewest big chances and the second-fewest shots on target against a side said to be in disarray.

In Firmino and Salah’s absence, and against Norwich on the opening day when Mane was rested due to his summer international excursions, Divock Origi has filled in. Against Newcastle and United, Origi was first injured and then awful.

As a centre-forward, Origi is not of the standard required for a team with Liverpool’s ambitions. Klopp used the Belgian more as a winger after using him barely at all through the first half of last season and though Origi is certainly willing, too often he is unable.

That, to be fair, should be Xherdan Shaqiri’s job. But Klopp clearly doesn’t trust the Switzerland star – and Shaqiri knows it. The 28-year-old has been given a total of 13 minutes spread over three substitute appearances in all competitions. His two Premier League outings have come with games against Newcastle and Burnley already won. Last term, Shaqiri saw plenty of action during his first few months at Anfield, but then as the run-in began, he was limited to an hour of Premier League football shared out over four of the last 13 matches.

It’ll get largely forgotten in the narrative around this goal but, fucking hell, how good is Daniel James, though? pic.twitter.com/Fl7ve6CSTC

In one of the few positions Liverpool needed cover, James was a stand-out candidate. With his Swansea contract running down, he fit all the criteria for the Reds, and the £15million price tag was easy to absorb even for a club looking to keep their powder dry before another explosive summer in 2020.

Liverpool certainly had an eye on him. After Leeds narrowly missed out on James in January, a posse of Premier League clubs watched the winger intently during the second half of last season. The report fed back to Liverpool was that if James could improve his finishing then there was a bargain to be had.

Three goals so far make James United’s highest scorer in open play, and with seven shots on target from 12 efforts, he has attempted the second-highest number of shots and retains the second-highest shooting accuracy of any United player to have started more than three matches.

James’ frightening pace would complement Liverpool’s heavy metal football, his character is apparently a coach’s dream, and his versatility would have reinforced an attack which remains extremely vulnerable to an injury. No wonder Klopp was so incensed by Hamza Choudhury’s tackle on Salah a fortnight ago; the Liverpool boss knew the possible consequences.

Liverpool’s first dropped points of the season demonstrated that Klopp might also need more creativity from deeper in midfield, especially against teams willing to sit deep as United were. The Reds may suggest there were few players available in the summer who fit that criteria within the budget available. But James was the solution to another problem Liverpool still have.