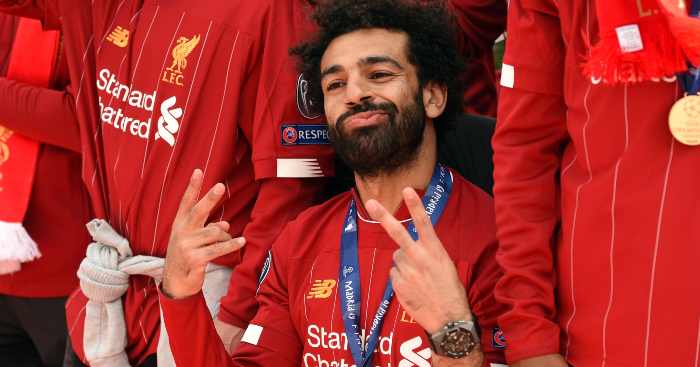 Certain trophies are gateways to greater achievements. Part of the League Cup’s struggle for relevance, for instance, involves promising to propel clubs towards something more meaningful. It’s Brian Clough’s Anglo-Scottish Cup theory: the virtues of getting to like the taste of champagne.

But what happens when there isn’t another rung on the ladder. If, instead of enticing a player with the tease of more success, the top of the podium is actually the summit. That is what the Champions League represents in European club football and, consequently, that is the challenge now facing Jurgen Klopp and Liverpool.

Klopp might argue that the Premier League is the higher peak and that, because of Manchester City’s various advantages, winning it would be the more significant achievement. Perhaps he would be right, but it would be very difficult to convince any player that a European Cup wasn’t the pinnacle of his career. Particularly at Liverpool, particularly where that trophy is treated with such reverence.

Dealing with the after-shocks of success is very difficult, mainly because they’re almost impossible to foresee. There are the general ailments, such as falling motivation and swelling egos, but neither seem particularly relevant to this Liverpool side. One of Klopp’s great triumphs has actually been to construct a squad free of those latent tensions. He’s made stars, certainly, and there a few brighter and bigger in the game than Mohamed Salah, Sadio Mane and Virgil van Dijk, but there’s no suggestion of any problematic swagger heading his way.

Instead, the threat to Liverpool’s further progress is more generalised, and involves a call-back to Klopp’s earlier career and the seasons which followed his 2012 league and cup double with Borussia Dortmund.

The arcs he has presided over at both clubs are very similar. Both were obviously instructed by his style of play and the way footballers react to it, but the atmosphere in which that growth occurred is almost identical. Dortmund, to the empowering soundtrack of their fanatical Yellow Wall. Liverpool, with the energy of a febrile Anfield.

The dynamic between the coach and players justifies comparison too. In each case, the internal atmosphere has been depicted in the same way, in almost fraternal tones. Klopp has an authoritarian side to his personality, he has an edge to him, but his squad – now, as before – respond to him as they would a father. That’s a rather trite analogy, but it’s accurate: they play as if seeking his approval, desperate not to disappoint him and running until he allows them to stop.

In 2012, the 5-2 thrashing of Bayern Munich in the Pokal final began a period of slow decline at Dortmund. A year later, after a thrilling run through the knockout rounds, they reached the Champions League final. Nevertheless, they fell 25 points behind Bayern in the Bundesliga that year and finished 19 points back twelve months later. Klopp’s end at the Westfalenstadion is associated with the disastrous 2014-15 campaign, but it’s clear that something had changed long before the bottom eventually fell out.

And much of what changed was beyond his control. Mario Gotze slunk away to the Allianz Arena on a Bosman. Robert Lewandowski followed him a year later. Dortmund were also beset by a long injury list at precisely the moment that Pep Guardiola strode into town to take control in Munich. But there’s a good chapter in Raphael Hongstein’s book, Bring The Noise, about Dortmund’s own decline and the aspects which were under their control.

Neven Subotic had been brought to Dortmund from Mainz, Klopp’s previous club, and he observed the differences post-2012.

“When you get the feeling as a player that you’ve already achieved something, that you have a bit of experience, you suddenly don’t want to say yes to everything anymore. I guess that’s human nature.”

It’s easy to be overly interpretive and view all of Dortmund’s troubles through that prism. That’s the ‘swaggering ego’ fallacy that implies that their players stopped running, stopped working and refused to listen. It’s not the case and that’s made very clear. Instead, the decline to which Subotic was alluding was less conscious, almost an involuntary reaction to having become a player in possession of certain medals.

And he’s right: it is human nature. When someone achieves something significant, their desire to chase accomplishment recedes. In Liverpool’s situation, the threat that poses is obvious. One of the reasons why Subotic’s diagnosis feels so believable, is because of how Dortmund had been constructed and the manner in which they fell apart.

The emotions of winning the Champions League will provide added motivation for Jürgen Klopp & his players in 2019-20.

“It’s not about being finally satisfied, happy or done with our careers because we won the Champions League, there is so much to go for.”https://t.co/2ra7TFnt5S

They were a powerful side who sought to athletically dominate opponents and run them into oblivion. But they were also built on an accuracy which, when their throttle wasn’t completely open, didn’t exist in quite the same way. Their timing gradually became more askew and their vulnerabilties began to reveal themselves; it was a major difference, but probably with tiny, seemingly incidental declines as its cause.

Liverpool are a similar side now. They’re much more gifted and complete, their squad is deeper too, but their dependencies are the same and any calming of their wild energy would likely have a comparable effect. It wouldn’t necessarily present as sluggishness or complacency, but in mistakes, missed passes and runs ending too soon. The kind of imperfections which don’t create crisis, but which end with points slipping away without anyone really knowing why.

It’s difficult for them, too, because the Premier League is all that’s left to conquer, and that’s a competition dominated by a club playing the sport almost under different rules. Some very significant ones, according to UEFA. So there’s an asterisk there, a pre-determined way of explaining second place. Added to which, Liverpool are in possession of the trophy that Manchester City desire the most, which creates a very odd dynamic within their rivalry.

Where does the energy for a chase come from if, as in this situation, the team doing the chasing already has their own emblem of superiority? There is nothing greater than the European Cup. The competition’s history has given it an eternal primacy which even the Premier League’s wealth can’t challenge.

But this is not a doom prophecy for Liverpool’s 2019-20 season. Rather it’s a point of interest. Clubs able to boast dynastic success engender so much respect precisely because it’s so difficult to achieve. The reasons for that admiration are the very same which threaten Liverpool’s further progress. The point, then, isn’t to claim that Klopp is incapable of maintaining their momentum, it’s to describe the fascination in discovering whether he can.

How much did he learn from his last trip to altitude?