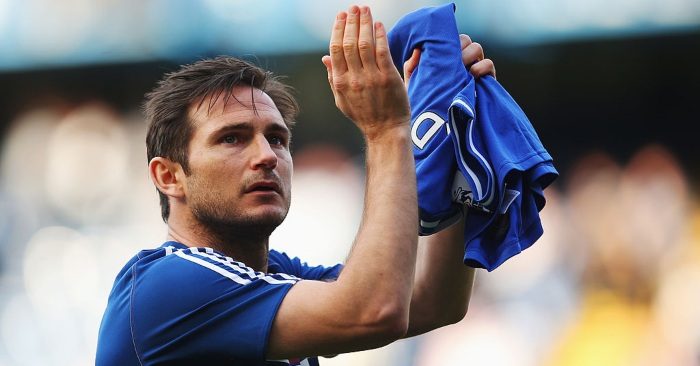 When Ryan Giggs left his job as Manchester United caretaker manager in May 2014, he said goodbye to his players and headed for his car with a quicker step than usual. Giggs was aware that something didn’t feel quite right. After regularly failing to get to sleep at night, running a myriad of tactical decisions over and over in his head, the blessed relief of leaving his job had washed over his body and mind in a flood.

Giggs would never have described himself as emotional then and still wouldn’t now, but emotion is often an uninvited intruder. As he sat in the front seat and closed the door, it struck Giggs like a punch to the gut. The tears flowed. He was crying in a way that was entirely out of character; Giggs had been in charge of Manchester United for just 20 days.

Appointing a former playing legend as your manager is laced with contradictions. They are remembered for their omnipresence during glorious seasons of yore, and yet are usually appointed because their club is at least partly broken. Crisis demands tough decisions, discipline and objectivity, and yet the new manager is often just happy to be there. The romantic script suggests they delight in the familiarity of home but, as Giggs demonstrates, these managers are likely to feel more pressure, not less.

Neither Ole Gunnar Solskjaer nor Frank Lampard have the managerial credentials or the CVs to merit their status as manager and manager-elect of two of the Premier League’s top six. That isn’t intended as a slur, merely undeniable fact. Lampard managed for one season at Derby County, made a series of excellent loan signings and gained one point fewer than his predecessor Gary Rowett. Solskjaer relegated Cardiff and then struggled before being sacked. His subsequent success at Molde was several realms away from the demands of Old Trafford.

But then the discussion of aptitude and recent records are moot; that does not explain their demand. There is no attempt to dissuade supporters or media of the reasons for the appointment of Solskjaer or the pursuit of Lampard. Pass over their CVs and that red marker pen, and write ‘they get the club’ in big letters across the top.

Before Solskjaer, Manchester United’s last permanent appointment of a former player was Wilf McGuinness in 1969; this is not a usual occurrence. At Chelsea three former players have been appointed in the last 30 years, but Ruud Gullit was a player-manager, David Webb lasted only 13 matches and Roberto di Matteo only eight months (albeit with a Champions League win included).

And yet Manchester United and Chelsea are not alone. Steven Gerrard is being primed to eventually take over as Liverpool manager, if circumstances align. Thierry Henry, Mikel Arteta, Dennis Bergkamp and Patrick Vieira have all been linked with Arsenal, and will again if Unai Emery struggles in 2019/20. Vincent Kompany may have left Manchester City for Anderlecht, but it would hardly be a shock if he returned as manager in the future. Further down the leagues, Middlesbrough have just appointed Jonathan Woodgate and Martin O’Neill mentioned Brian Clough and his European Cups numerous times during his Nottingham Forest unveiling.

Appointing anyone as manager based purely on their achievements as a player is clearly deeply flawed. It suggests that there is something innate, something purely Football Club X, within them that lifts them above candidates with a recent history of high-level success. Manchester United and Chelsea are two of the eight richest clubs in the world, prepared to hand their short-term future to a novice. That’s a mighty gamble.

Distance can be as powerful as familiarity. Closeness threatens to erode objectivity, and nostalgia is no easier to juggle. The past – even a successful one – can suffocate as well as inspire. The demand is not just to make the club as good as it can be, but as great as you remember. You are managing against a perfect vision that you designed when in pursuit of this goal, and in dreams it never goes wrong. And so you bottle up the emotion until you’re sat in the car, crying.

The ‘knows the club’ concept is not without merit. It describes an ease of transition between managerial appointments that is rare. The manager can use his successful history as an example for underperforming players to follow. Administered effectively, it can also create a particularly powerful feel good spirit among supporters that quickly transposes onto the players and staff. The smartest managers (Jurgen Klopp is the most obvious current example) nurture this spirit without any previous loyalty to their club, but a former player – particularly a club legend – is likely to find that it comes naturally.

This mystical respect for the ‘he gets it’ mentality strikes as distinctly British; those ethereal, immeasurable concepts always have. It’s a short step from ‘jobs for the boys’ and only a slight leap to ‘it’s not what you know, it’s who you know’, both of which are second cousins of ‘pashun’ and Harry Redknapp’s ‘just fackin’ run abaht a bit’. It’s all very well having your tactics and nutrition programmes, but if you want it hard enough and love the club enough then you hold the trump card.

Remember the answer of Tim Sherwood (another former player appointed by a top-six club) when asked for his ideal Tottenham player: “When you cut them in half they bleed the colour of the club.” That’s easier at Manchester United than Chelsea.

But that anglo-centric accusation is inaccurate. La Liga’s top three (Zinedine Zidane, Ernesto Valverde and Diego Simeone) all have former players as managers, as do Bayern Munich (Niko Kovac). Outgoing Juventus coach Massimiliano Allegri didn’t play for the club, but two of his four predecessors (Antonio Conte and Ciro Ferrara) did. The difference (with the exception of Zidane) is that all had earned their homecomings through top-flight success.

If the other clanging exception is Pep Guardiola’s dynastical tenure at Barcelona, he had been sculpted for that job ever since Johan Cruyff had marvelled at his tactical intelligence. If Chelsea can might claim that Lampard was similarly always likely to end up at Stamford Bridge, the comparison is hardly watertight.

For the managers, the attraction is self-evident. Even if Solskjaer is quickly discovering the bleak reality of life under Ed Woodward, he would not change his job for any other in the industry. Lampard would find a much-changed Chelsea since his departure in 2014 (three players remain but the CEO, technical director, assistants and coaching staff have all left), but he would feel the same as Solskjaer. These are the jobs that fuelled their coaching dreams, and they come with significant over-promotion. It’s a no-brainer.

For supporters, the immediate appeal is equally obvious. A returning hero allows for a nostalgia whirl, not just a reclamation of the past itself but how that past felt. As their football club increasingly offers itself to rampant commercialisation and managers flitter between elite clubs, having a leader who you believe shares your fervent love in turn allows that love to become further entrenched. From within, we create our own; it’s not just a plastic advertising slogan.

For the clubs, it’s a little more complicated. Get it right, and a returning legend can create something more powerful than anyone else. It also answers the eternal ‘what if?’. As Les Ferdinand said when Sherwood was appointed at Tottenham, “if it does not work out, a nagging question – and perhaps background voice – will have been silenced”.

But too often (and the accusation seems appropriate with Manchester United and Chelsea) club legends can hand those in position of powers a useful distraction tool and PR win. Introspection and self-reproachment is deliberately avoided in a tidal wave of misplaced nostalgia that leaves destruction in its wake. And the ‘what if?’ argument doesn’t stand up to scrutiny. Effective leaders back themselves to make the right decision and avoid regret over alternate realities.

Having friends in high places can be overrated. What usually happens when someone’s career is defined by contacts (or even what they used to be) is that they eventually hit a wall. It’s who you know that gets you there; it’s what you know that keeps you there and defines you.

That is the dilemma that Chelsea must wrestle with and Manchester United already have. It’s a wonderful idea in theory, but less so in practice. The highs can be higher, but the lows will be lower and the eventual divorce more emotionally wrought. ‘Knowing the club’ is not something that can be simply dismissed as vague blather, but neither is it a magic wand. Beware the fairy godmother when the clock begins to strike August.