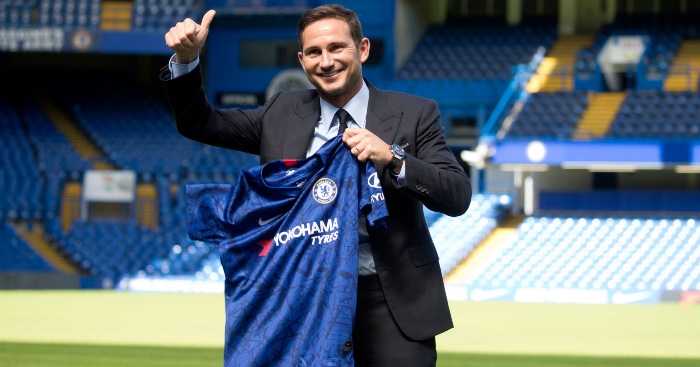 Perhaps there is still room for romanticism in football. Frank Lampard’s return to Chelsea suggests that to be the case even at Stamford Bridge, where Roman Abramovich generally refuses to get too close to any of his managers in the knowledge that one day, most likely very soon, separation is inevitable.

His 13th managerial appointment as Chelsea owner, though, indicates Abramovich isn’t averse to sentimentality. Lampard goes back to west London with few of the managerial credentials deemed compulsory in his predecessors but the Blues’ highest goalscorer won the hot seat on a platform of familiarity. He knows the club.

Like Ole Gunnar Solskjaer’s return to Manchester United, it’s a story to make sceptical supporters feel warm and fuzzy when one of their own returns to lead a club they served so honourably as a player. But, more than a romanticist, Abramovich is a pragmatist. More than a fairy tale, Lampard’s appointment can also be read as a power grab disguised as euphoria and nostalgia.

For too long at Chelsea, despite Abramovich’s occasional shows of force, the balance of power has tipped too far towards the dressing room. Chelsea are not unique in that respect. Every manager in the Premier League with two ot maybe three notable exceptions are vulnerable to the sound of their own voice. Once players tire of it – something which now happens more rapidly and frequently – the end is in sight.

At Chelsea, though, the situation is certainly more extreme than most. Since the first reign of Jose Mourinho – Abramovich’s first appointment – the whims within the dressing room at Stamford Bridge have determined the fate of most managers who have followed, most notably during Mourinho’s second stint.

Five of Lampard’s new squad won the league with Mourinho in 2014/15 before almost immediately downing tools for the club’s most successful ever manager. Nine cruised to the title two seasons later in Antonio Conte’s first season in charge before their performance and motivation levels appeared to fall off a cliff.

Such a short attention span has become the norm within the Chelsea dressing room, which Maurizio Sarri realised quicker than most. Upon fulfilling his initial brief, the Italian shot off to Juventus before the players did for him too.

When players disengage, supporters inevitably follow, whether willingly or not. Cries of ‘F*ck Sarri-ball’ came not in chorus at Stamford Bridge but nor were they heard in isolation. Sarri was just the latest in a long line of managers who struggled to motivate the Chelsea players over a sustained period.

Mourinho had the same problem at United too. The Portuguese was widely perceived to be the biggest problem of many at Old Trafford, though the players – some of whom wasted no time in dancing on his grave – have since proved him right over a number of his gripes.

But when the flak began flying during the tail end of last year, most of it was flung from the supporters towards the manager. The absence of motivation among the United squad was seen as Mourinho’s failure, not his underperforming players. Perceived justification of that criticism came when United made a flying start under Solskjaer, losing only one of the first 17 matches in charge.

Then the novelty wore off and they lost eight of the last 12 immediately after Solskjaer had been confirmed as permanent boss. United’s players reverted to their old ways, with dressing-room leaks as commonplace as poor passes and missed tackles. Such lurches in form do occur but the rapid discovery and then disappearance of motivation and application reflects appallingly on the players.

This time, unlike when they have hidden behind Mourinho, Louis van Gaal and David Moyes, they could no longer use the manager as a diversion for the criticism. Solskjaer’s achievements as a player at Old Trafford made him the first manager of the post-Ferguson era to have a longer line of credit with supporters than any of the players.

The reaction towards Paul Pogba after a cringingly-awkward lap of ‘appreciation’ in the wake of a 2-0 home defeat to Cardiff illustrated the change in dynamic at Old Trafford. Solskjaer may not have the CV most would expect of a Manchester United manager but his record of service insulates him when the dressing room turns cold.

Lampard possesses similar protection at Chelsea – with supporters and the media too – and there will have been more than a few wary glances across Cobham this week.

"People will question my experience, but I am ready for that. What will define me is my work ethic and what I put into it to try to bring success."
Frank Lampard

Churchillian stuff from the new Chelsea manager.
Articulate, unfazed, motivational.
We are lucky to have him now!

If Lampard’s new players fall into another funk – the signs of which he will surely recognise – the manager will no longer be the person most vulnerable at Stamford Bridge. When Chelsea’s stars grow tired of Lampard’s voice, which they inevitably will in the absence of major trophies and immediate success, supporters will demand more from them rather than the coach. Crucially for Abramovich, when the players’ focus flits, no longer will the owner be expected to deliver yet another shiny new manager into a notoriously high-maintenance dressing room.

That is what is at the heart of Abramovich’s latest appointment: Lampard is not returning to take the Russian on a wistful trip down memory lane, rather to help him realign the balance of power at Stamford Bridge.