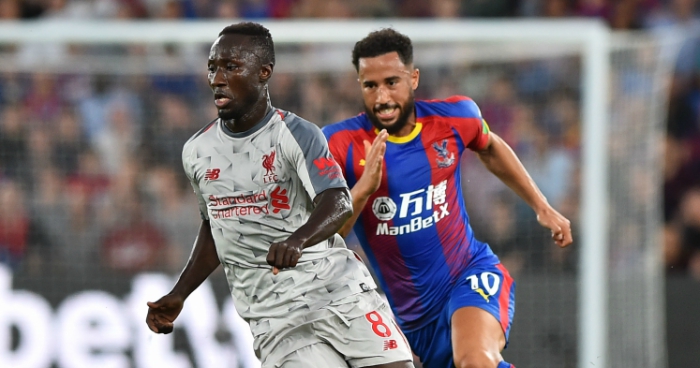 At its core, the transfer market is inherently uncomplicated. It provides, by definition, a window for clubs to trade players for fees in an attempt to build a squad they believe can help them meet their objectives. It is an opportunity to upgrade, to fine-tune any strengths and eliminate any weaknesses.

Some clubs seem determined to make a mountain out of this particular molehill. They make the simple look difficult, pulling in different directions or, at worst, moving in no discernible direction at all. The composite parts in the machine work against each other and for themselves, making meaningful progress almost impossible.

Liverpool entered this summer with a plan, and they acted upon it quickly and decisively. They simplified where others complicated, identifying their ideal targets and settling for nothing less. They made their last signing on July 19 and promptly sat back and watched as their rivals panicked for the remaining three weeks.

If the opening rout of West Ham was the resumption of normal business with a resounding, barnstorming display, victory over Crystal Palace was anything but. This was an early fixture against a difficult, resolute opponent at a hostile, unforgiving ground. Rarely has a banana skin been so conspicuous yet still tough to avoid.

It was this sort of obstacle Liverpool failed to navigate too often in the Premier League last season. Draws away at Watford, Newcastle, Everton and West Brom – as well as defeat to relegated Swansea – stopped the runaway train in its tracks. The transfer market allowed them to minimise the chances of history repeating itself.

Alisson was the first step. The Brazilian exuded a confidence that Liverpool have lacked in goal for far too long, making two fine saves and dealing admirably both in the air and with his feet. It took a Liverpool keeper eight games to keep two clean sheets in the league last season. The 25-year-old was never intent on waiting that long.

Jurgen Klopp was uncharacteristically emotionless in discussing his arrival. “We simply identified another keeper, who is better, and signed him,” he said earlier this week, with Loris Karius mercilessly and justifiably left stranded in the rear-view mirror.  There should be no regrets.

But Naby Keita made the most obvious difference. Liverpool’s midfield struggles against packed defences with precious little space have been well-documented, but the Guinean was the prescribed medicine. He offers a dynamism that no other teammate can.

It was clear after 22 minutes. Liverpool were playing out from the back after a Palace counter, with Keita receiving the ball from Alisson, facing his own goal. He proceeded to turn Townsend with consummate ease, before bursting forward into midfield and playing a pass over the top to an onrushing Mohamed Salah.

The 23-year-old had picked up the ball in his own half under great pressure and created a chance for Liverpool within five seconds. It was the footballing equivalent of turning water into wine.

Keita was far from perfect – his misplaced pass gave Townsend the opportunity to test the structural integrity of the crossbar mere minutes later. But he was excellent, creating further chances for the visitors and forming a much-needed link between defence and attack. Most importantly, he offered something different, ideas outside the box-to-box.

Those expecting Liverpool to coast through this assignment were painfully misguided. Roy Hodgson has built a fine side at Selhurst Park, difficult to break down and electric enough on the counter to shock any opponent. Aaron Wan-Bissaka and Patrick van Aanholt are both fast enough to nullify most forwards, while Mamadou Sakho and James Tomkins have formed an almost impenetrable partnership in the centre. This was their first defeat when playing together in 15 games. Before Monday, they conceded at a rate of one goal every 157.25 minutes. Here, they were beaten twice in 90.

It inevitably strengthens the growing belief that, if anyone is to forcibly remove Manchester City from their throne, Liverpool are surely the princes in waiting. Few clubs had such solid foundations to build on, and no clubs showed a greater willingness and ability to do so.