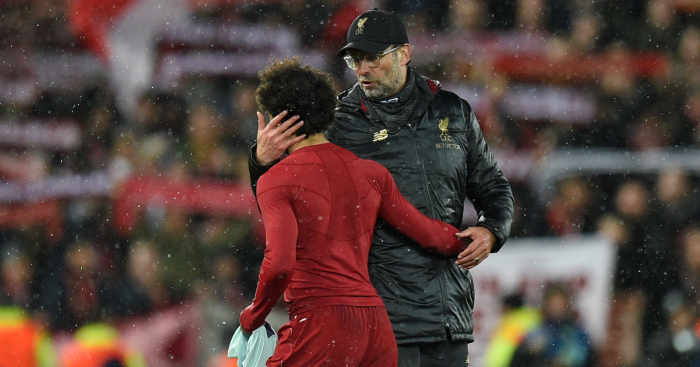 Some fretted about a Liverpool defence without the Premier League’s outstanding footballer. Some worried about a Liverpool midfield that can lack dynamism. Nobody feared that Liverpool’s three-pronged strikeforce – who have already scored 44 goals this season – would prove to be their misfiring, miscontrolling, Achilles heel against a Bayern defence that defied all pre-match predictions by being exactly as competent as a layperson might expect.

This was not what we were promised. Dietmar Hamann said they were “very fragile”, Craig Burley said he could see “Sule and Hummels getting pulled about” and Chris Sutton described them as an “an ageing team facing a side built on speed”. Then we looked at the Bayern line-up and it looked really rather good actually; the back four boasted 188 caps and just one 30-year-old. This was hardly Tony Pulis-era West Brom.

This is also a Bayern side that has not lost at this stage of the Champions League for eight years. The notion that they would be so befuddled by the movement of Liverpool’s front three that they would crumble before our very eyes always sounded fanciful. Away from the Bundesliga and their status as perennial favourites, they know exactly how to win two-legged European ties. And that meant coming to England and sacrificing a great deal of attacking intent. Full-backs David Alaba and Joshua Kimmich were clearly more than happy to be neutered; the celebrations that followed every key Kimmich tackle betrayed their defensive intentions.

They were unstintingly disciplined and organised in defence – ably assisted by Thiago and Javi Martinez – while Liverpool were peaky and toothless in attack. First touches were poor, the radar was wonky, magic was conspicuous by its absence as Salah had one of those games when he looks like a bumbling amateur. Sometimes, those bumbling amateur games are punctuated by two or three sublime finishes, but on Tuesday night there was no trace of the player who has scored a ridiculous number of goals for Liverpool. The off-colour Firmino and off-target Mane were little better.

Thankfully, Liverpool are still very much in this tie because they somehow kept a clean sheet, assisted by Bayern’s lack of any real attacking ambition, rendering Robert Lewandowski a virtual bystander for much of the game. Fabinho snuffed out the Pole’s only real chance with a clean and impressive tackle that was typical of a classy performance at centre-half.

A clean night’s work for Fabinho filling in at centre-back. 100% success rate with his tackles and clearances, made one interception, five ball recoveries and committed just one foul. Mr Reliable

Fabinho’s performance was only bettered by those of his midfield teammates, with Naby Keita finally looking like the player Liverpool waited 12 months to sign. At times, the ball stuck to his feet as he injected a devastating burst of pace, while he was diligent and energetic in and out of possession. Blame for Liverpool’s failure to break through that Bayern defence cannot be laid at the feet of Keita or indeed Jordan Henderson, whose arrow-like passes dovetailed with his defensive positioning to create a pretty much perfect central midfield performance. The only failure was in the final third.

But if Liverpool were going to fail in any part of the pitch in a Champions League first-leg tie, it is better that it was in attack. Neutrals may have preferred the 2-2 or 3-3 we were promised between these two supposedly fragile defences, but Jurgen Klopp was right to describe 0-0 as “the best draw you can get”. And with Bayern surely forced to advance from their 18-yard box in the second leg, Liverpool will know they will be afforded more space and more chances. This tie remains so delicately poised precisely because it’s hard to believe this Liverpool side could possibly look so impotent again.