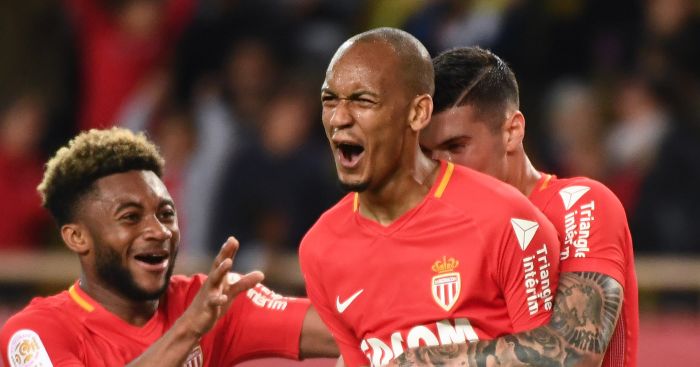 The most impressive thing was the stealth. Even those usually in the know had literally no idea. On Monday afternoon, the Daily Mail’s Dominic King wrote this on Liverpool’s transfer plans and then presumably went out for tea; Goal’s Neil Jones said that Liverpool were targeting a defensive midfielder and you can still see the join where they crowbarred in a reference to the ‘unexpected’ signing of Fabinho; The Guardian’s Andy Hunter had mused that ‘Klopp’s plans for midfield improvement are in place with Naby Keïta secured for £52.75m from Red Bull Leipzig and Lyon captain Nabil Fekir targeted for a transfer costing a minimum of £60m’ without a mention of the man who would soon be a £40m-plus Liverpool player. Nobody knew. We say this not because we want to laugh at journalists but because we wish to laud Liverpool; the only thing better than a coup is an unexpected coup.

Plenty has been written elsewhere about Fabinho as an ideal fit for Liverpool; he is a title winner with Champions League experience, coming into his peak years, and will step straight into a midfield that has lacked variety since the phasing-out and subsequent departure of Lucas Leiva. If you can muddle along all the way to a European final, Liverpool have muddled along without a specialist defensive midfielder. They now have one of the most coveted in Europe.

This is unlike the move for Mo Salah, who was only ever coveted in hindsight. As Roma owner James Pallotta recently revealed: “We can’t tell you that anybody else was calling for Salah at anywhere near that kind of price.” Less than a year on, there are executives in club boardrooms across Europe angrily demanding to know how Fabinho slipped through their grasps. They would happily have paid £40m but Liverpool had already schmoozed their way into his affections.

“A football club of this size coming after my services, I didn’t have to think that much about coming over,” said the Brazilian, joining a growing list of players including Keita, Virgil van Dijk and Alex Oxlade-Chamberlain who have signed for Liverpool despite extensive interest from richer clubs offering richer rewards. There is something about Liverpool and something about Jurgen Klopp which creates a compelling cocktail of history and hope, of permanence and personality.

‘The difference between winning and losing the Champions League final on Saturday is night and day for Liverpool and Jurgen Klopp,’ wrote Stan Collymore last week, and he was not alone in this ridiculous notion that should Liverpool win, they could ‘pick from some of the best players in the world’. In truth, Liverpool have their pick of the exact same players on Monday as they had on Friday; the very top echelon are out of their league, while the almost-elite have the choice between them and about a dozen other clubs in that next bracket. Winning the fight for those players never had any relation to winning in Kiev.

Had Liverpool won the Champions League, Fabinho would presumably have been pleased for his good friend Roberto Firmino and the strangers he would soon be calling teammates, but it would not have been his triumph. He did not dream of joining European champions; he dreams of becoming a European champion. What Liverpool have proved over this magnificent campaign – to Fabinho and other potential signings – is that they could possibly make that happen. Falling at the final hurdle means nothing when you have leapfrogged dozens of other clubs to get there.

Liverpool have made the first major transfer signing of the summer and nobody saw it coming – least of all those who would have you believe that fickle footballers gravitate towards shiny things rather than brilliant managers.