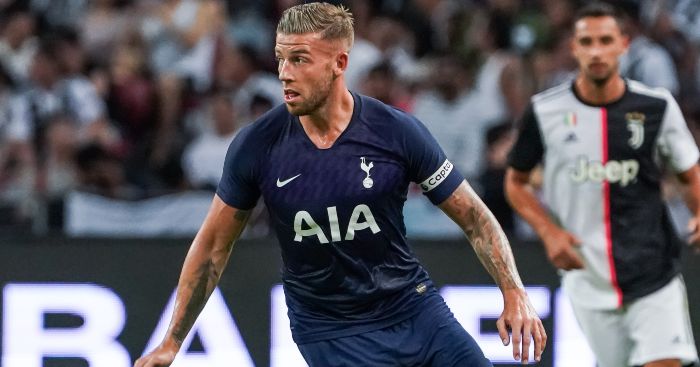 Food and medicine will probably run centre-backs close as this winter’s most precious commodity under our new prime minister, but for the summer at least, top-class defenders remain the most in-demand item on the market.

Four of the Premier League’s top ten requirements for the rest of the window revolved around central defenders, and that share would increase to half were Everton not in even greater need of a fit-for-purpose striker. The shortage is understandable. Never has more been expected of centre-backs at the top level, with stoppers also expected to be creative forces too, with some managers willing to forgive a missed tackle or sliced clearance so long as they can dribble or pass like a midfielder.

The evolution of the role has thinned out the number of expert practitioners, increasing their value as a consequence. Virgil van Dijk’s transformative effect on Liverpool offers evidence of the gains to be made from investing  in centre-backs while the gaping holes in Arsenal and Manchester United’s defence in recent seasons serve as stark warnings to clubs over the devastation caused by defensive neglect.

Even now United are wary of paying the going rate for Harry Maguire, while Arsenal cannot afford to be choosy since their budget for a full rebuild amounts to half the total Leicester want for their prized asset. But there remains – right now, at least – one top-quality centre-back sat in bargain corner, with bizarrely few suitors.

Tottenham are currently powerless to stop Toby Alderweireld leaving should any suitor stump up £25million, which is a genuine bargain in this market. That’s half a Wan-Bissaka and potentially less than a third of a Maguire. But there have been strangely few takers for the Belgium defender.

A day before the clause in Alderweireld’s contract expires, it seems only Roma have offered any firm interest, though doubts persist over the Serie A side’s ability to pay.

Some observers are baffled over United’s apparent reluctance to make a move. Jose Mourinho would have paid double that figure to snare Alderweireld last summer but Ed Woodward and the brains trust at Old Trafford vetoed that proposal. Even now, at this vastly reduced price, Woodward is willing to let slip the opportunity to immediately improve United’s squad on the cheap.

Of course, Alderweireld would have to agree to go and many would question the wisdom of swapping Spurs for United right now. Indeed, it may be that the 30-year-old has surveyed the landscape before him and decided he is better served staying put. After all, the anticipated stream of departures from Spurs has not materialised and they are remodelling their squad on a bigger scale than any of their Big Six rivals.

But there is one manager who could offer Alderweireld a better shot at major honours and the same status as he has enjoyed at Spurs: Pep Guardiola.

The Manchester City boss said over the weekend that the club is in the market for a centre-back though as their stalled chase of Maguire demonstrates, they are are either unwilling or unable to fork out the kind of sums which brought John Stones or Aymeric Laporte to the Etihad. The demands Guardiola makes of his central defenders makes alternatives few and far between, so it seems City are most likely to go into the season with three senior options – Stones, Laporte and Nicolas Otamendi – supplement by “two young players in the second team”, who are presumably Eric Garcia and Taylor Harwood-Bellis.

Of the senior trio, question marks hang over Otamendi and Stones. The Argentina defender was thought to be looking for a new challenge this summer, while Stones failed the tests he was set by Guardiola as the run-in loomed last term. “It was a difficult last two months of the season,” he admitted this week, which is something of an understatement when you consider that he started only two of the last 10 games with the title on the line – he was dropped from the match-day squad for the derby win at United – and did not feature in the Champions League beyond the group stage.

There was no respite on England duty. Stones knows he had a shocker in the Nations League semi-final against Holland: “The England game was a difficult night for me personally. I let a lot of people down – the manager, players and nation and put my hands up and it’s something I have to live with.”

We have to presume this was a blip on Stones’ behalf but with Vincent Kompany now departed, Guardiola has lost one insurance policy in case the 25-year-old’s issues are more deep-rooted. Though Fernandinho can also drop back now Rodri’s arrival means he can be spared midfield duty, Guardiola’s options are undoubtedly weaker than they were last season.

Which makes the apparent lack of interest in Alderweireld something of a puzzler. Replacing Kompany’s experience may be an impossible job but a 92-cap, five-season Premier League veteran who has played in more Champions League finals than anyone at City would be a good place to start.

Guardiola cannot turn his nose up at Alderweireld’s age since he relied so heavily on a 33-year-old to guide his defence down the home straight towards the Treble but if there are reservations about the longevity of Kompany’s compatriot, that’s fine. City don’t need a centre-back for the next decade – they just need one to give Guardiola a quick fix as well as the chance to source a long-term solution or provide the likes of Garcia, Harwood-Bellis or Philippe Sandler the chance to prove they can make the grade.

Presumably, Guardiola and City have an alternative in mind and they will act before the transfer deadline since the window to Alderweireld is closing rather faster. But since City are looking to plug an experience void in a thrifty fashion, their reluctance to move for the Spurs defender is hard to fathom.